Over the course of Breaking Bad‘s five-season run, Giancarlo Esposito’s Gustavo Fring cemented himself as one of television’s best villains. A fried chicken proprietor/drug dealer, Gus appears inscrutable from the beginning, his face never giving away his emotions and therefore making him (and his unknown motives) all the more terrifying. He’s introduced as one of those characters who you itch to know more of, but aren’t entirely sure if you will. In a way, that almost works best specifically for Gus.

Not much is given to the audience during the show’s run. What little we do get is given in small snippets here and there to flesh out his character. What we primarily know about Gus is how he holds himself: tall, poised, and aloof – the opposite of the unpredictable Tuco Salamanca (Raymond Cruz). It’s a choice I’ve personally always liked, because it lets your mind fill in the blanks to create your own version of the character.

So all of this, essentially, begs the question: who, exactly, is Gus Fring, and how do we explain a character whose backstory we never get in full?

In “Hermanos,” the eighth episode of the fourth season, we get a bit more of Gus’s backstory. While Gus says that he’s from Chile, it’s likely that it’s under a different name, since the DEA is unable to find anyone by that name when doing a background check on Gus after his fingerprints are found at the scene of Gale Boetticher’s (David Costabile) murder. All that Hank Schrader (Dean Norris) is able to find is that Gus immigrated to Mexico in 1986, and then to the United States via an entry visa. Even Mike Ehrmantraut (Jonathan Banks), his enforcer, is unable to find anyone by that name. It’s clear that Gus wants to remain anonymous, but why? Could he have been running from the law in Chile?

In Mexico, Gus and his partner Max Arciniega (James Martinez) meet up with Don Eladio (Steven Bauer) about selling methamphetamine by using the distribution routes of products of Los Pollos Hermanos, their successful restaurant chain in Mexico. During this meeting, Gus retains his inscrutability, showing us that he’s always had this facet of himself, but he’s also much more open and happier than we see him during Breaking Bad. There’s a life and light to him that’s clearly dimmed since then.

Gus reveals that he met Max in Santiago and helped to pay for his university education, as he saw him as an incredibly gifted chemist. The two became close, leading many to theorize that the partnership wasn’t purely professional. Though speculative during Breaking Bad‘s run, Better Call Saul showrunner (and Breaking Bad executive story editor) Peter Gould confirmed this past summer via The Ringer that Max was Gus’s partner both professionally and romantically by saying, “Gus is holding onto his rage, his desire for revenge, and maybe he’s holding onto this romance that he had, with his boyfriend Max.”

It makes sense, given how Gus reacts when Hector Salamanca (Mark Margolis) shoots Max in the head but spares him after thinking that the pair were already dealing under his nose. An incredibly poignant moment, Gus staring into the dead eyes of his partner, and it’s likely that a part of him died that day too, giving birth to the cold, calm, and calculated Gus Fring we see running Los Pollos Hermanos in Albuquerque.

While “Hermanos” offered insight into Gus’s life, we had also been given a teaser in the seventh episode of the third season, “One Minute,” when Hector calls Gus big generalissimo. This implies that Gus potentially served in the Chilean military, a statement that is solidified in “Hermanos” when Gus tells Hank during his questioning that he served under the dictatorship of Augusto Pinochet and that Pincochet was “notoriously unreliable about keeping records.” It’s a solid cover story and not easy to refute without records.

However, just who he was in the military remains a mystery. It’s clear it was someone of some kind of importance, given that the Juarez Cartel spared him with Don Eladio saying that it was because he “knows who [Gus] really is.” It’s never explicitly stated, but the Cartel that Gus worked for in Breaking Bad was more than likely the same Juarez Cartel under Don Eladio and Juan Bolsa (Javier Grajeda). This adds another layer to Gus: imagine working as a snake in the grass for the people who killed your partner.

The beginning of the end

After Max’s death, Gus lived his life for revenge. He successfully moved Los Pollos Hermanos into the United States and continued manufacturing and selling meth via the superlab buried under a laundromat.

His revenge motive is never explicitly stated until “Salud,” the tenth episode of season four. While at odds with Walt, Gus brings Jesse Pinkman (Aaron Paul) down to Mexico to cook for the Cartel as his answer to their demands. This, of course, is only part of his plan.

Gus gifts Don Eladio with a poisoned bottle of Zafiro Añejo tequila. Gus takes a shot as well and excuses himself to the bathroom to purge himself to delay the poison. When he gets out, the cartel is dropping, and Gus is able to look Don Eladio in the eyes as he dies, finally closing the book on his revenge plan.

As Gus has always been incredibly particular about choosing who he goes into business with, the decision to partner with Walter White (Bryan Cranston) can, in a way, be seen as foreshadowing his end. Walt has always been unpredictable, the exact opposite of a carefully-buttoned-up Gus.

Gus Fring has many layers, many of which we never get to see. In a way, it makes him that much more fascinating. The creators give us an outline, and we can do what we need to for the blank space. We see the man who doesn’t blink as he wields a boxcutter, or who stands in the middle of gunfire with his arms outstretched. He is, in my opinion, truly one of the best villains on television. 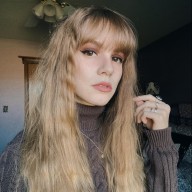 Rachel lives in NYC but is a Midwesterner at heart. She likes to write notes app poetry, and when she’s not rewatching Breaking Bad or Better Call Saul she’s probably rewatching Our Flag Means Death.