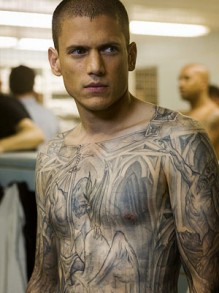 In a perfect example of “you’re doing it wrong,” thieves broke into New Zealand’s New Plymouth Prison and escaped with a fifty-inch big-screen plasma television. A fire at the jail alerted firefighters to the crime scene when it set off sprinklers ten minutes before midnight. Firefighters arrived on the scene to find curtains in an administration building that were deliberately set on fire, noticed a window that was forced open, and called the police. In yet another instance of “you’re doing it wrong,” the thieves supposedly made off with the television on foot.

The thieves were either very brave, or absolutely ridiculous, as they chose to break into a minimum-to-high security prison, rather than an electronics store, to steal a plasma television, when everyone knows the only reason to break into prison is to steal your brother.

(Stuff.co.nz via Nothing To Do With Arbroath)