I Feel An Urge To Purge: Bravo Is Rebooting Heathers 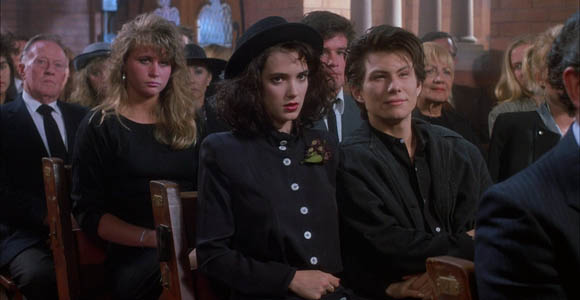 Barring that first outbreak (or second, if you count the title), I’ll try and relay this news as calmly as possible.

“Bravo is continuing its push into original scripted programming, adding five dramas into its development pipeline including a reboot of 1980s cult movie Heathers, ” writes The Hollywood Reporter. The NBCUniversal-owned network, as part of its goal to have original scripted fare on the air next year, is redeveloping Heathers, the 1988 Winona Ryder and Christian Slater feature that The Big C‘s Jenny Bicks and Sony Pictures Television initially sold to Fox three years ago.”

So what’s the premise of this reboot?

“In the updated take, Heathers picks up 20 years later, with Veronica (Ryder’s character) returning home to Sherwood with her teenage daughter, who must contend with the next generation of mean girls: the Ashleys: the daughters of the surviving Heathers,” writes THR.

Frankly, I’m shocked. I thought for sure the Heathers would be the type to name their daughters Heather too.

I will only give this a try if the original actresses are involved. Ryder and Shannen Doherty most of all. But really, wasn’t Mean Girls kind of a reboot of Heathers anyway?