After 27 Incidents of Sexual Assault Reported, Massive Swedish Music Festival May Be Replaced by Women-Only Event 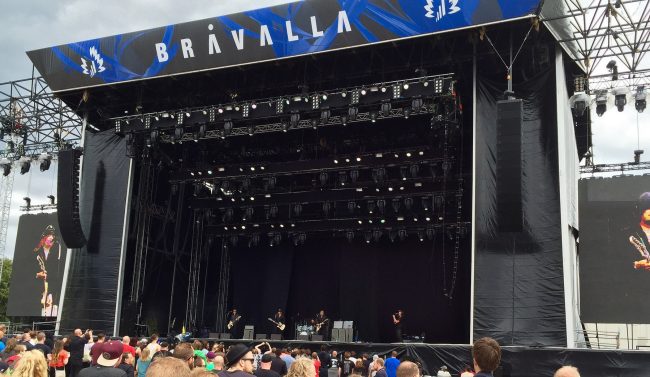 Bråvalla is Sweden’s biggest music festival, spanning four days with headliners like Ellie Goulding, the Killers, Kanye West, and Green Day. But next year’s concert has been cancelled after 23 sexual assaults and four rapes were reported at this summer’s festival. That’s not uncommon for the event, either. Last year, five rapes were reported, along with 12 sexual assaults, most of which involved girls under 18.

Jezebel notes that while rape and sexual assault rates have risen over the last decade (as noted in some of Donald Trump’s anti-immigration talking points), that’s largely because the country has broadened its definition of what constitutes rape. Their rate of report is also higher than many other countries, again, because of their broader definition, as well as a dedication to supporting victims of assault.

The Swedish government writes, “Willingness to report such offences also differs dramatically between countries. A culture in which these crimes are talked about openly, and victims are not blamed, will also have more cases reported. Sweden has made a conscious effort to encourage women to report any offence.”

Between 2016 and 2017, ticket sales fell by about 15%, and multiple bands including Mumford & Sons announced they were boycotting the festival. After the attacks at this summer’s event, the festival organizers addressed the epidemic of assault, saying “Certain men … apparently cannot behave. It’s a shame. We have therefore decided to cancel Bråvalla 2018.”

Cancelling a giant music festival, which is sure to not just anger fans, but cost the area a ton of money in tourism revenue, is a clear sign that rape and sexual assault are not going to be overlooked or dismissed. This is what it looks like to eliminate rape culture.

In place of Bravålla, Emma Knyckare, a Swedish comedian, wrote on Twitter, “What do you think about putting together a really cool festival where only non-men are welcome, that we’ll run until ALL men have learned how to behave themselves?” But if that was a joke, it’s not anymore. The idea quickly gained traction and Knyckare confirmed on Instagram, “In the coming days I’ll bring together a solid group of talented organizers and project leaders to form the festival organizers, then you’ll hear from everyone again when it’s time to move forward.”

Obviously, this received a flood of “not all men” responses, angry that women would lump all men together as rapists. Which, of course, is not what these women are doing at all. They are simply not willing to interview each man individually to determine whether or not he’s a threat. Maybe if those men who are upset chose to funnel that anger and energy into condemning the people who are committing these horrible crimes rather than the women trying to remove themselves from spaces proven to be dangerous, we could make some real progress. As is, those complaining are simply proving the point of why women want their own spaces, far away from physical sexual violence and victim-blaming whining.