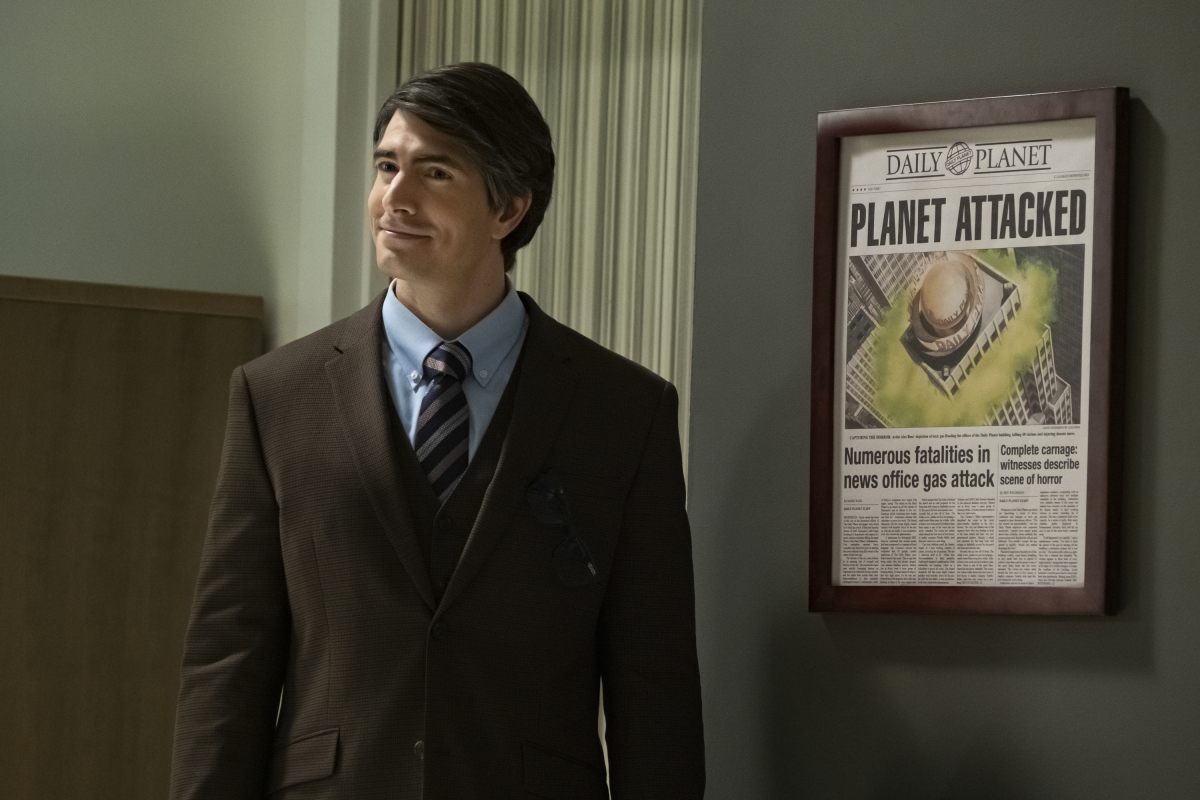 The 2006 film Superman Returns was meant to be a game changer for actor Brandon Routh. Taking on the film role of Superman—making him the first person to do since Christopher Reeve—was no easy task, and while the movie was initially successful, The Phantom Menace-like backlash really hindered any future he had in the role … at the time, at least.

In an interview with thee Lex Luthor, Michael Rosenbaum, on his podcast, Inside of You, Routh talked about the aftermath of Returns.

Rosenbaum talks about anxiety and the depressive feels that can arise after having played a character that is a superhero, but often not feeling very “super” and being afraid of showing vulnerability under the pressure of it all—which, naturally, led to speaking about Returns.

“I would say that the end of my run as Superman in Superman Returns that did not pan out the way I thought it was going to, the way everyone around me thought it was going to. I had to really come to terms with a lot of that,” Routh said, via Geek Tyrant. “There was no sequel, the movie was widely well-reviewed, people liked the movie, but it, you know, made almost $400 million worldwide but that wasn’t enough. And it was a very slow fizzle out of the possibility of a sequel over the next two, three years and I did everything that I could do, that I thought, in my world to help make it happen.”

He spoke about being raised to spiritually bypass things and anxieties by “giving them up to god,” and how it can be very calming at times, but it can catch up with you when that is not enough. Routh credits his wife Courtney Ford with helping him find his way out of a hole and understanding balance:

She knew me best then, she knows me best now and so going through that whole trauma of Superman Returns, the end of Superman Returns was a long drawn out process of me in denial for much of it and thankfully, I guess, I didn’t lean on drugs or alcohol, partying. I played World of Warcraft endlessly … it wasn’t helping me. It was a coping mechanism but it wasn’t teaching me things until I finally came, you know, had several experiences where I had to come to terms with that and she was part of that.

As someone who spent entire summers manically playing the Sims, allowing myself to drastically lose weight and getting barely any human contact for months, being compulsively attached to an endless game is something that can cause spiraling—especially when you fundamentally think what you are doing is “harmless.”

Part of what the gaming did was give a Routh a way of deflecting and not dealing with the fear he was experiencing. He mentions feeling like he jumped to the front of the line when it came to Superman, and then he didn’t end up getting any offers despite his ego at the time telling him that is what he deserved.

Everyone told him it was going to be a big deal, that he was supposed to be something, and it was such a kick in the chest. All he got offered was horror movies and projects that “weren’t in line with what I wanted to do” and were not going to move his career forward. In the interview, he’s transparent about not being good at auditions—that he didn’t do the work, didn’t read scripts well enough, and was creating a bad reputation for himself.

“I had to surrender to the process,” he said, and that led to him eventually getting on Arrow where he had to prove himself.

Inside of You is already a fun podcast, but this episode is especially poignant, and I have a lot of respect for Routh for speaking about his emotions and being overwhelmed, but also having to put in the work to be the best version of himself possible. I especially love him saying he didn’t want to pass on problematic behaviors to his son. That’s Superman behavior.