But the history of A Star is Born may figure in. 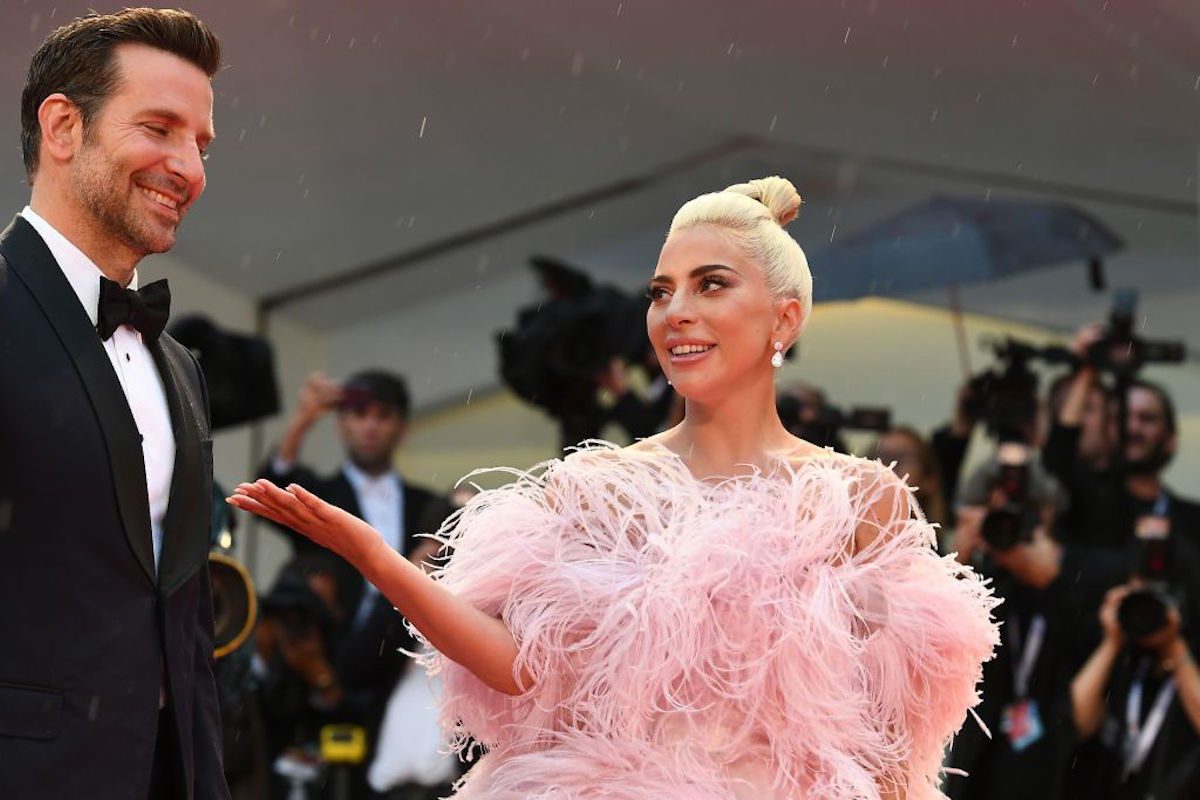 In recent reports coming out of the Venice Film Festival, it’s clear that Bradley Cooper took his role directing A Star Is Born seriously. At the same time, people are shaming him for taking makeup off of Lady Gaga when he arrived at her house to screen test her for the starring role. This is a strange action, to be sure, but it’s also a part of the original movie and its subsequent sequel.

A Star is Born has a long history in Hollywood. Starting in 1937, the movie has come out (roughly) every twenty years. In the first two films, a scene takes place where Cooper’s part (Norman in the first two films and then John in the 1976 remake) takes off the makeup of Esther (Gaga’s name is Ally in the new version).

So while many are calling out Cooper for taking a makeup wipe (which he was apparently carrying around) and taking off what little makeup Gaga had on, another question is: Was this meant as a callback to the original film and its first remake? And does that matter?

Was the anecdote then shared in order to kick our online chatter machine into gear—a sort of any-publicity-is-good-publicity approach? The story about Cooper and the makeup wipe is how the LA Times’ profile on Gaga and the movie opens: “Take it off,” Bradley Cooper told Lady Gaga.

It’s awkward and uncomfortable that Bradley Cooper would take the makeup off Gaga and not ask her to do it herself. His intent was clear—he wanted her makeup free—but no one should just casually take the makeup off of someone else’s face. However, it is a direct scene from the first two versions of A Star Is Born. Maybe Cooper was trying to get them into the spirit of the thing? Much of the reaction online appears to be unaware that this was part of the original, but that doesn’t change that it’s a weird way to kick off a screen test.

The 1976 Streisand/Kristofferson remake doesn’t include the makeup scene and, for that matter, Barbra has quite the array of looks throughout the film. It seems as if Cooper went back to the original route and wanted Gaga to be as “real” and raw as possible, and it makes sense that he might need to screen test her without makeup on, if that was his take on the film. I’m not saying I’d want him to take a makeup wipe to my face to prove he could see makeup on me, but this may just be his overblown homage to A Star is Born.

Still, it’s an odd action to take, and it’s even odder that it was reported in the L.A. Times as some kind of revelatory moment for Gaga, where she discovers her own authenticity:

Until that moment in 2016, during a screen test in her home, Gaga didn’t realize how much she wanted the part — one played by Janet Gaynor, Judy Garland and Barbra Streisand before her. And to get it, she was going to have to “completely let go and trust” Cooper. She couldn’t be that girl from the Lower East Side who spent hours doing her makeup before her gigs. She had to let the camera zoom in on her face wearing chapstick and eight-hour cream and nothing else.

A Star Is Born is set to hit theaters this October 5th. As someone who grew up on the Streisand film, it’s going to be interesting to see how Cooper and company brought all of the different versions of the story together—and whether we get that makeup-wiping scene in the film, which might (almost) explain how it happened in real life.