'Boys Run the Riot' Manga Is a Heartfelt Trans Narrative 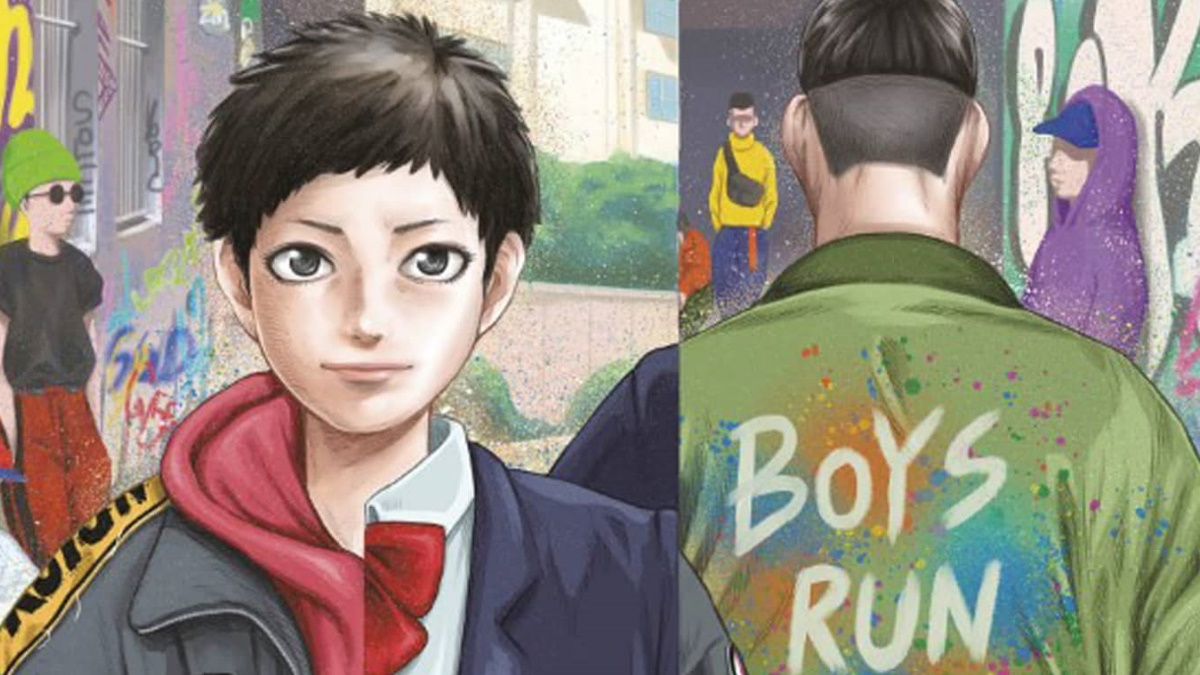 I first caught wind of the manga Boys Run the Riot, which features a trans teen, after seeing this tweet:

Delighted to finally get my hands on trans manga Boys Run The Riot and find out the English release has an all-transgender localisation team! 🏳️‍⚧️ pic.twitter.com/fb1Xau8gI6

And then there’s this response from the editor of the English version of the manga:

Oh gosh, thank you so much for the kind words! 😭❤️ The whole team on this series is really extraordinary and put their whole hearts into this. I’m so thankful we could honor telling the work by a trans manga artist with an entire trans and nonbinary localization team ❤️🏳️‍⚧️

In this video here, you can see Tiff Joshua TJ Ferentini, the Kodansha Comics editor who worked on Boys Run the Riot, break down the editing process to tell a truly heartfelt transgender story that honors Keito Gaku’s work.

At the end of the video, Gaku left this message for trans boys and men:

To all the young transgender boys & men. I know you must be worried about a lot of things, particularly, if you’re a teenager, but I hope that you can find a reason to keep going and something to pour your heart and soul into, like Ryo does with fashion. With this manga, I wanted to show how amazing it is to find something like that.

I can’t recall how quickly I added this manga to my list of queer reads, but it was pretty damn fast, and I dropped everything to sit and read it.

Synopsis of Boys Run the Riot volume one 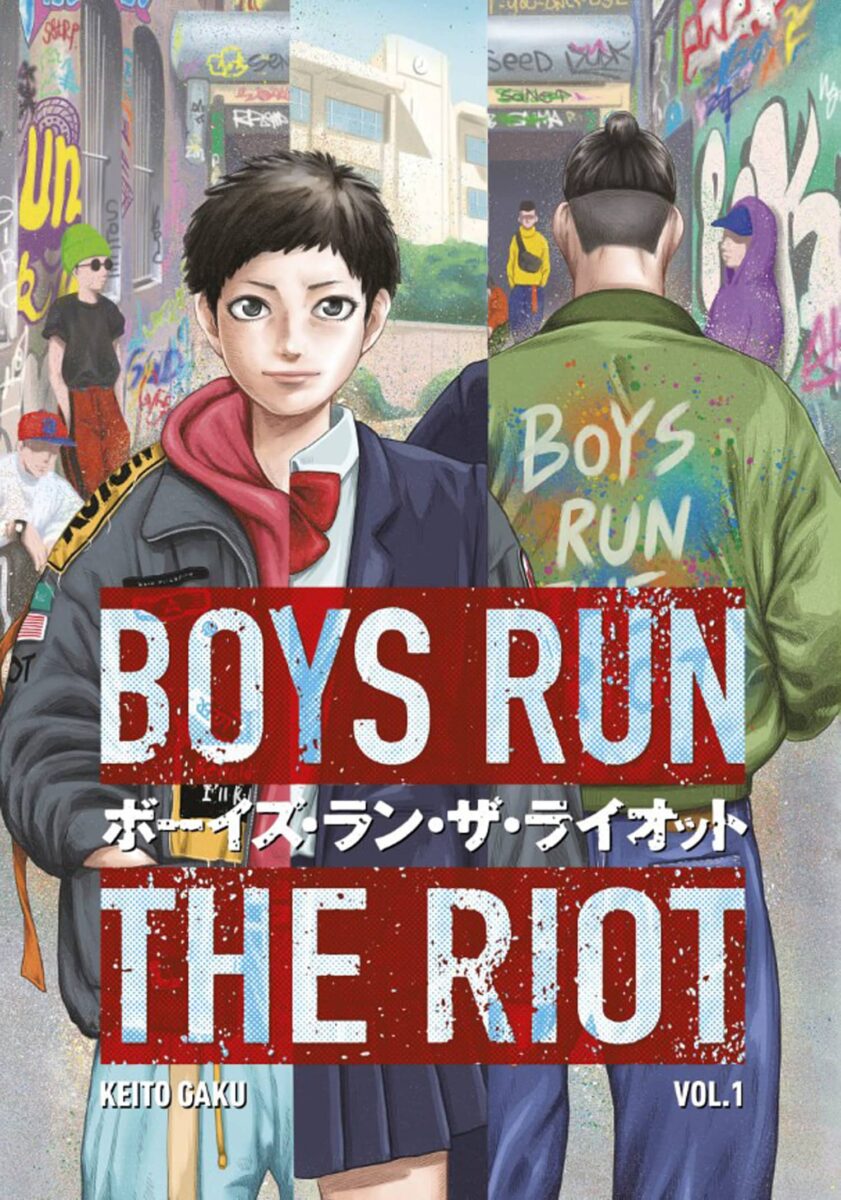 A transgender teen named Ryo finds an escape from the expectations and anxieties of his daily life in the world of street fashion. This personal, heartfelt, fictional story from a transgender manga creator made waves in Japan and will inspire readers all over the world!

Extra note: you can read the entire first chapter FOR FREE over at Kodansha.

What this Pride Month Read has in store for you 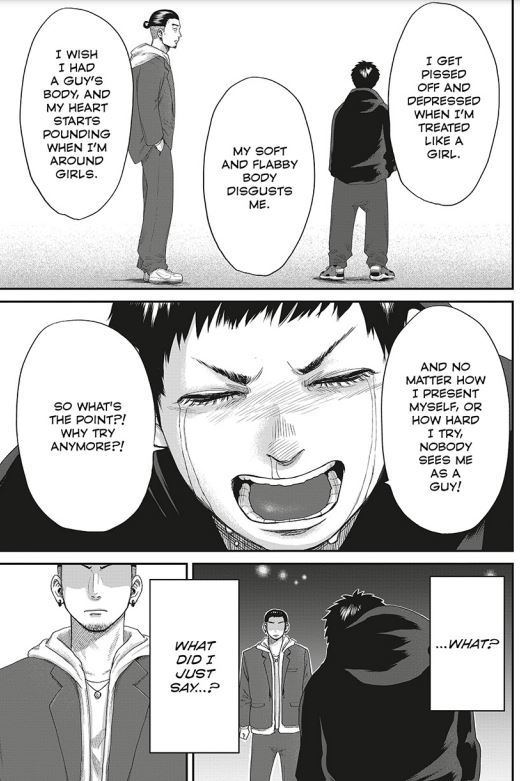 Before I dive into this, I want to say that I’m coming at this as someone who supports the transgender community because I very much believe in elevating voices outside of my own that exist within the queer community. That being said, I honestly can’t think of that many stories in the anime/manga community that focus primarily on the trans experience written by someone who is trans.

When I read this manga, I very much got the sense that, while fictional, these feelings were coming straight from the heart of someone who has felt this way before. What’s powerful about that, to me, is that Ryo’s struggles are instantly relatable – even if you yourself aren’t trans. A lot of folks assume that it’s difficult to understand something outside of their wheelhouse. This manga shows that, actually, it isn’t, if you take the time to sit down and really take in what’s in front of you.

Right off the bat, Ryo reveals how much he hates his school uniform because it’s a constant reminder that he was born a girl. He tries to find ways around it, like wearing his gym uniform, but he is expected to present himself as a girl when he’s at school. It’s not just the rules that enforce this, his classmates expect him to follow certain social cues like having crushes on popular male idols.

As much as it smacked me in the face to see Ryo dealing with this on a school authoritative level, seeing him deal with it via his classmates hit harder. It really showed, immediately, how much Ryo has to hide who he really is. He’s expected to act a certain way and is looked at oddly if he does the opposite. When he blurts out that he’s a fan of a popular female idol that the other boys are fawning over, everyone’s jaws drop. That’s not the correct, programmed response they expect because, to them, Ryo is a girl. 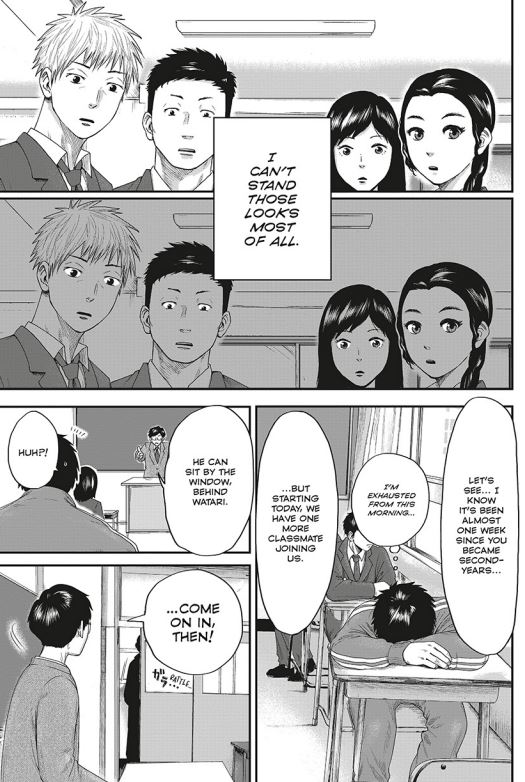 If nothing else, this manga shows how exhausting it is to tuck yourself away every day.

We get scenes of Ryo actually looking up terms like transgender and gender dysphoria which, honestly, I don’t think I’ve seen referenced in a manga before. He’s trying to piece together his feelings while dealing with the ongoing assumptions of the people around him. Furthermore, as he gets closer to characters like Jin Sato, we see him envious of the fact that Sato gets to freely walk around as a boy. 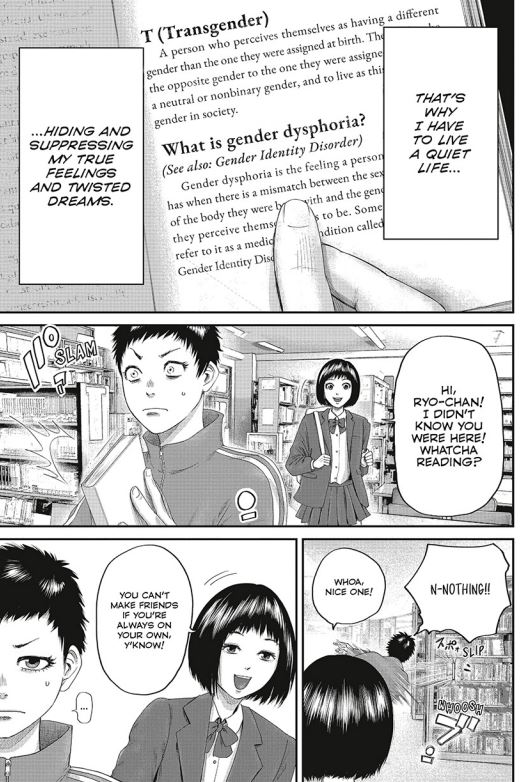 I think a lot of people take for granted the power there is in walking around as your true self. Ryo has to put so much work into doing it, and even then, he only gets to do it temporarily, via street fashion, without revealing the truth to the people he cares about.

Even as Ryo begins to get closer to people, there’s still hesitation in revealing who he really is. This is due to past experiences and current microaggressions he’s facing (such as being asked if he bought “boys” clothes again when he receives a package at home). As much as we’d like to say that all you have to do is be open and honest, there are many detractors (some intentional, some not) that prevent folks from speaking their truth.

That being said, you really do breathe a sigh in relief when Ryo finally lets it all out with Sato and the two decide to go all-in on their fashion line. More importantly, Sato expresses a willingness, and interest, in listening to Ryo. That gives Ryo the opportunity to actually tell someone how he’s feeling. 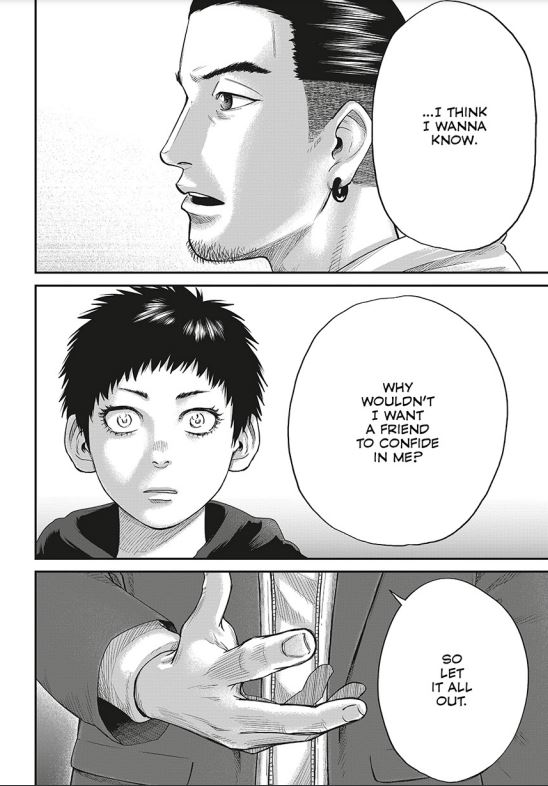 Also, can I just say how thrilled I am to see a story that focuses on fashion that stars a transgender lead? Ryo being able to use his art to express himself is such a wonderful thing to read. Clothing is such a good way to portray who you really are, and having a trans character at the center of that is amazing. Ryo is the one doing the designs while Sato takes care of getting their message out there, and along the way, they end up adding more outcasts to the crew.

The book is full of a variety of outcasts, each with their own story and reason for breaking away from the status quo to embrace who they really are. While I’m sure more issues will come up—as they tend to do—at the moment I’m delighted to see Ryo surrounded by this small group that treats him the way he wants to be treated.

Also, I implore you, to read the interview with Gaku at the end of volume one along with the acknowledgments by Ferentini. I cannot even begin to express how awe-inspiring it is to see a trans team bring us this story, and their heartfelt words show the time and care they put into this. 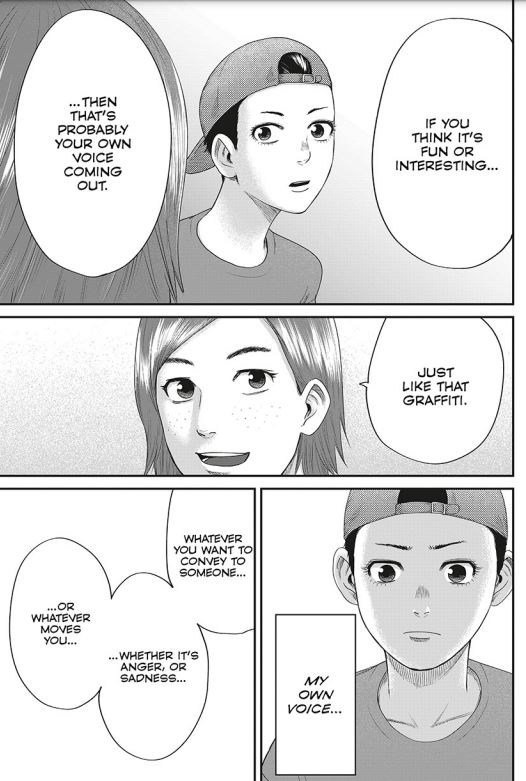 The first volume of Boys Run the Riot is out right now! The second volume is scheduled for release on July 27.