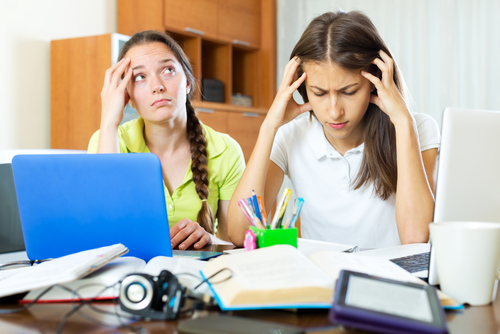 An organization in the UK held a competition that was listed as a “girls in tech” competition, aimed towards trying to get more younger girls interested in STEM. But who ended up winning the #PrettyCuriousChallenge? Joshua, a 13-year-old boy.

According to the BBC, after hosting three events for girls last year in the UK, EDF Energy wanted to open up the competition to both genders “in the interests of fairness.” Despite doing so, the website advertising the competition and all the materials associated with it, are still plastered with language and information about trying to get more girls interested in STEM.

This “mixup” is a pretty stark example of the kind of two-timing manipulation many women face at the hands of male scientists. They work hard, paying time and effort into something that is ostensibly for them, but in the end, it just ends up getting taken away and used against them. Then, when they say something about it, they’re met with explanations of “interests of fairness” and other gobbledygook.

Here’s the other thing: the field isn’t exactly “fair” when it comes to the women who work and live in it. Aside from dealing with staggering amounts of sexual abuse and harassment, women are more likely to have their achievements seen as less noteworthy or “good” as their male counterparts. The way this competition was handled proves exactly that: in a competition that uses the same name and thus inspires the same feelings as a program designed only for girls, these girls’ efforts and achievements are still somehow not as good as a boy’s.

The damage done by EDF’s gaffe has yet to be quantified–if it even can be–though its effects will surely be felt for some time. With this challenge, the EDF has achieved exactly the opposite of what they wanted, and in doing so, serve as a fine, fine example of what’s wrong with STEM today.