While one tech blogger is getting a lot of attention — some unwanted — over what may be the tech scoop of the year, another is getting some of his own and for a whole other reason. Boy Genius Report, one of the top mobile and tech news sites on the internet today, is joining the fold as one of Mail.com‘s latest and most high profile acquisitions.

BGR.com, as the site will from now on be called, was picked up yesterday for an as yet undisclosed amount — an amount the previously anonymous Boy Genius himself, Jonathan Geller, told CNET was in the “multiple millions.” He now finds himself in the company of such powerhouses as Deadline Hollywood founder Nikki Finke and Hollywood Life EIC Bonnie Fuller, as Mail.com continues its aggressive expansion into digital dominance. 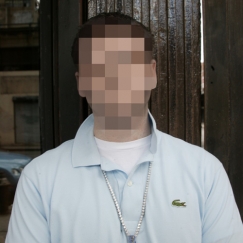 Geller, now the 23-year-old president, editor-in-chief, and general manager of BGR, started out with the Boy Genius Report as a contributor for Engadget back when he was 17. By October 2006, he’d started his own Boy Genius Report as a small passion project — one that quickly grew into a reporting force that draws over a million page view monthly by being able to find and report scoop after scoop in the tech world. Think: Just about every BlackBerry ever, including this one.

He’s done so, as he’s told GeekSugar, by building relationships with sources who are passionate about what the site does — “dropping some serious scoops.” And the financial world took notes. After the site reported on RIM’s unveiling of those lovely new BlackBerries for the WES 2010 conference, RIM’s stock reportedly increased by over 30%.

Mail.com, headed up by Jay Penske, clearly took notice as well and plans on growing BGR into that much more of a recognizable brand, supporting Geller by supplying for a staff and for the resources to add new features and functionality to the site. The Mail.com name can only stand to grow, as well, as it continues to absorb premium newsmakers like Finke who have a knack for breaking stories.

Snatching up top-shelf online journalists is no guarantee of success — the need to monetize always looms, and it looms even more when there are multimillion dollar payoffs involved — but as web advertising continues to shift its focus from pageviews to intangibles like charisma and audience devotion, it seems as smart a strategy as any, and a welcome departure from the brute force model adopted by many other web publishers.