Is Laika's The Boxtrolls Transmisogynist? | The Mary Sue

Is The Boxtrolls Transphobic? No, Not Really. 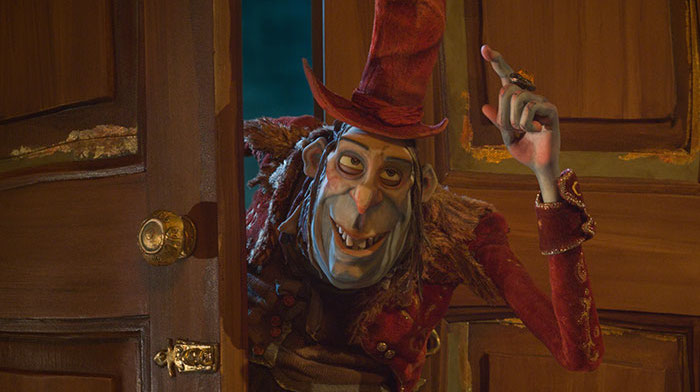 (Warning: Spoilers for The Boxtrolls ahead.)

Last weekend, Laika’s new stop-motion animated film The Boxtrolls (our review here) opened in theaters across the country. Expectations were high, as the studio’s previous two films, Coraline and ParaNorman, were both critically acclaimed and received Oscar nominations for Best Animated Feature Film. Before the film’s opening day, however, a few critics and filmgoers claimed that the film was transmisogynistic and called on conscientious audiences not to see it.

I do not doubt the sincerity of the people who have spoken out against the film. Some of the accounts have been very personal, and transmisogyny in popular culture is a real problem. People can dislike The Boxtrolls and tell people not to see it.

The problem is that when a critic makes an assertion, like The Boxtrolls saying is transmisogynistic, that assertion needs to be backed up. Gene Siskel and Roger Ebert dedicated an entire episode of Sneak Previews to discussing violence against women in horror movies, showing the difference between Jamie Lee Curtis in Halloween and I Spit On Your Grave. There is a reason why Anita Sarkeesian has an entire series of videos about women and sexist tropes in video games instead of a tweet.

In summary, the argument for The Boxtrolls being transmisogynist, as explained in further detail here, is as follows. The main villain in the film is one Archibald Snatcher, who has as his mission capturing all of the boxtrolls so that he can earn a place among the town’s most elite club, the White Hats. When Lord Portley-Rind, the leader of the White Hats, learns that Snatcher and Frou Frou are one and the same, his reaction is to say “I regret so much.” The author of the article linked above, and others, says that the film perpetuates the notion that transwomen are evil, and that Lord Portley-Rind’s comment feeds into the harmful stereotype that transwomen constantly try to trick men into having sex with them.

I have seen The Boxtrolls. I have read the arguments as to why it is transmisogynistic, and I have come to this conclusion: A belief can be sincerely held and still be unsupported and wrong. Here is why.

Snatcher/Madame Frou Frou is not transgender.

Snatcher is not dressing as a woman and playing the character (a drag persona) of Madame Frou Frou because he identifies as a woman. He is obsessed with status, and his obsession has consumed every part of his life. His identity is defined by whatever will get him in with the White Hats. If dressing up as a chicken got him the coveted white hat, he would dress up as a chicken.

His path into the White Hats happens to be destroying every last boxtroll in the city, but on his own, he can’t get the city excited about killing boxtrolls. As it happens, Snatcher realizes something that Go Daddy and Axe body spray discovered years ago: Sex sells! Snatcher uses Madame Frou Frou to sell his message that boxtrolls are evil creatures who eat children. He is not doing it to trick men into having sex with him, as some have implied, or to truthfully express his gender identity. His only aim is to trick the town into supporting his cause using hateful propaganda.

Lord Portley-Rind’s “regret” has more to do with Snatcher and less to do with drag.

Near the end of the film, Lord Portley-Rind realizes that Madame Frou Frou is Snatcher in disguise, and he says, “I regret so much.” Many critics are pointing to this line as proof that the film is transmisogynistic, but Lord Portley-Rind’s regret has more to do with his disgust for Snatcher than any perceived trickery.

From the very beginning, Lord Portley-Rind dislikes Snatcher. He only puts forth the challenge of destroying the boxtrolls because he doesn’t believe that Snatcher can actually do it. When Snatcher comes to him with proof that the boxtrolls are destroyed, Lord Portley-Rind’s response is to delay, stall, and find an excuse to deny him a white hat. He “regrets so much” because he was lusting after Snatcher in disguise, not because he is grossed out by transwomen.

Admittedly, this is the weakest point, but it still bears mentioning. Drag has a long tradition in British comedy, from Monty Python to A Bit of Fry and Laurie to the more recent Little Britain and Broadway’s Matilda the Musical. Most of these drag characters are played with love, and they have a real affection for women. Something makes me feel warm and cozy about Stephen Fry as a sweet British housewife.

The Boxtrolls is based on Alan Snow’s collection of stories titled Here Be Monsters!. The humor throughout the film is very British, and the voice cast is full of prominent British actors. Honestly, I wasn’t surprised that there was a character in drag, but not everyone is familiar with tropes in British comedy, thus this being the weakest point.

Transmisogyny is the antithesis of The Boxtrolls.

The message of The Boxtrolls is to have the courage to be true to oneself, and when necessary to take a stand against prejudice and oppression. Everything about Snatcher is false. The White Hats love cheese, and though Snatcher is deadly allergic, he insists on eating it anyways. He dresses up as a woman and creates the character of Madame Frou Frou, even though he identifies as male. It is a means to an end. He is not a liar because he puts on a dress. He is a liar because he knows the cheese and the hats and the dress are not really him, and he is too cowardly to be himself. Just before the Snatcher’s final act of self-destruction, Eggs begs him to reconsider, telling him that he doesn’t have to be a White Hat to be happy. Snatcher rejects this olive branch, and his religious devotion to conformity kill him.

In contrast, consider the boxtrolls. Together, they serve as a loving if unconventional family to Eggs, and despite being misunderstood by society, they persevere. When threatened, they sometimes disappear inside of their boxes (skin) and try to hide in plain sight, but they can only thrive when they finally live out in the open.

Disliking a movie is one thing, but accusing a movie and its filmmakers of transphobia is completely different. Transmisogyny in popular culture is a problem. When it occurs, critics should have the guts to call it out, but as far as The Boxtrolls is concerned, this is a big accusation that can’t be backed up.