My Absolute Favorite Moments in Legend of Zelda: Breath of the Wild on Its 4th Anniversary

How many times have I accidentally blown myself up with a bomb? 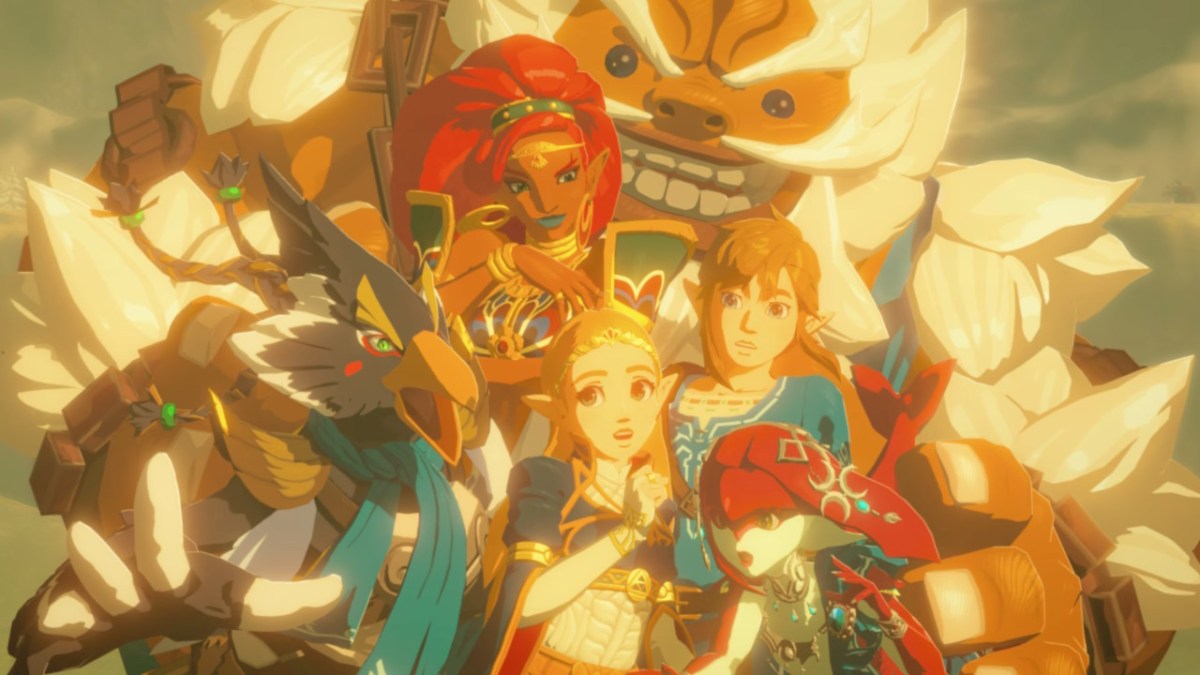 Four years ago today marked the launch of the Nintendo Switch, but with that launch came one of the best games in its entire library (if not THE best, depending on who you’re asking).

Legend of Zelda: Breath of the Wild was such a fantastic entry to the ongoing series that I still think about picking it up even if I’ve done all the DLC, gone through Master Mode, completed all the shrines, can fight off Golden Lynel, and shield deflect the laser beams from Guardians (eh … for the most part). There’s just so much you can do in the game, whether you wanna ride your horse through the land, invade a Bokoblin camp and use their fire to cook your meat, or visit that extremely handsome shark prince even if there’s no new dialogued with him because you’ve finished that part of the story.

Seriously, this game is probably one of my favorite launch titles of all time.

So to celebrate the four-year anniversary I’m gonna list off some of my favorite moments in the game! Some are touching, most are silly, and they’re all a perfect depiction of me being absolute Zelda trash. I’m gonna do ten moments so this doesn’t go on for 5K words or something.

I legit thought that space was a significant portion of the game. I figured there’d be more areas to explore, but when you gain the ability to leave the plateau, you realize just how small all of that space was – and it was a LOT of space!

So when you leap off of the Great Plateau (with the paraglider, of course) and land on the ground below it becomes clear that there will be zero guidance from that point on. Don’t get me wrong, you’ll run into people and there’s a story to follow, but having an old man who conveniently shows up to push you in a certain direction? That’s gone. You can literally go wherever you want, including the extremely corrupted Hyrule castle, if you’re brave enough.

There I was, running around the land, trying to figure out what the heck to do when I came across a giant pile of rocks. I stopped there to gather my bearings and decide what my next move would be. Suddenly, there was a shift in the music, like a boss battle was about to start, and the rocks came together to form the Stone Talus.

Later, I’d learn how to fight these beasts, but during baby’s first trek into Hyrule I bolted out of there (then was surprised to learn that you can, in fact, run away from battles unless if they’re one of the few scripted ones)

So the Stone Talus, Hinox, and Molduga all have health bars. So do various forms of Ganon you fight.

The Lynel and the Guardians.

Yes, I’ve been to this room. It is terrifying.

Arguably, Lynels and Guardians are more difficult than the bosses (not counting DLC), ESPECIALLY the higher level Lynel, and ESPECIALLY the nightmare fuel of the Guardians with the legs that skitter over to you and aaaaah no thank yooooou!!!

These two enemies are just out there, in the wild, with no health bar that pops up (unless you have the item that lets you see their stats) and they can, most definitely, kill you with one hit if you’re not strong (or careful) enough.

As you collect the memories of what happened 100 years ago it becomes clear how tragic of a story this is for Link. He wakes up, not remembering what happened, then as he remembers you realize that everyone he knew before is dead, he has to go and fight corrupt forms of the beasts they once operated (that would later betray them) and travel through a world that’s been left devastated after a fight he and his deceased comrades lost.

Breath of the Wild has such an amazing cast of characters. Even goofy encounters with the Yiga Clan are entertaining. It’s hard not to smile when you leave a banana as bait so you can sneak through their hideout. The flashbacks with Urbosa, Mipha, Daruk, Revali (flippin’ asshole bird), Urbosa, and Urbosa, and did I mention Urbosa? While it’s sad that you only get to encounter them through memories and parting words after you defeat the corruption, it’s an interesting dynamic to go from those four to the current generation that has clearly stepped up in their place.

Listen. Being killed by Bokoblin right off the bat and hearing the roar of A LYNEL ON THE GREAT PLATEAU is truly an experience. No, I did not fight that sucker with only 3 hearts, but I did come back later. Way later.

That’s all I got.

Not only is the map humongous, but exploring each of the rooms, raiding the weapons, taking the food, and figuring out how to climb the tippy top for that Korok seed (lol, yeah, it’s up there) is so much fun that I did it repeatedly before finally deciding to go ahead and beat the game.

So after you face off against the various Ganon Blights (or not, it’s your call), battle the source of the Great Calamity in the castle, then take the fight outside for one last showdown, Zelda appears and utterly decimates Ganon.

Yo, I wanna play with Zelda in Breath of the Wild 2 please and thank you.

Legend Of Zelda Breath Of The Wild GIF from Legendofzelda GIFs

I know this makes 11 entries but it’s Sidon. I rest my case, your honor.

What are some of your favorite moments from Breath of the Wild? Are you still playing it? Are you adding it to a prayer circle in the hopes of getting news on the sequel in the near future?

anniversaryNintendo SwitchThe Legend of Zelda: Breath of the Wild