Today Is the Anniversary of the Infamous Borden Axe Murders 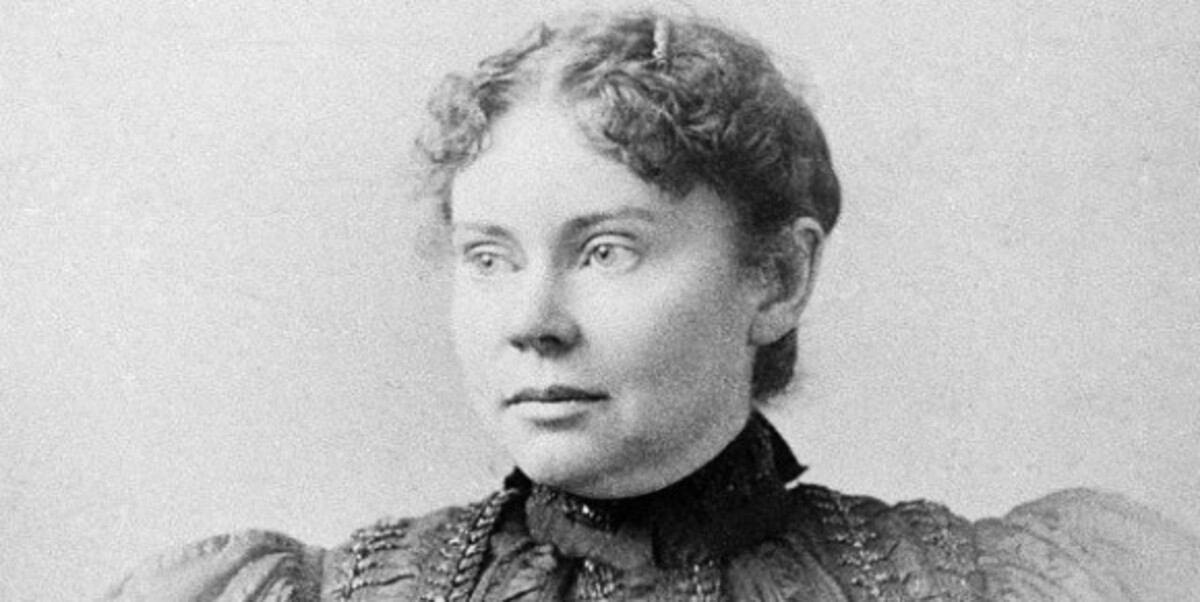 On this day 128 years ago in Fall River, Massachusets, Andrew and Abby Borden were killed with a hatchet in their home in one of the most infamous murders in American history. Though many grisly murders have happened since, what happened that August morning in Fall River still fascinates historians and anyone else drawn to the dark and macabre, not in the least because the woman who became infamous for the murder was never convicted of the crime.

It may come as a shock to anyone that grew up jumping rope to the rhyme “Lizzie Borden took an axe and gave her father forty whacks,” that Elizabeth “Lizzie” Borden was tried for the murders of her father and step-mother but never convicted. She lived out her life in Fall River and died at the age of 66 an infamous figure. Over a century later we’re still left asking: what really happened that day, and if Lizzie Borden did kill her father and step-mother, why? And how did she get away with it if she did?

First, who was Lizzie Borden? At the time of the murders, she was 32, and still lived with her family. The Borden family was well-off, but Andrew Borden didn’t like to spend his money, nor was he particularly well-liked in Fall River. Abby was Andrew’s second wife. His first wife Sarah died when Lizzie was a child and Abby helped to raise Lizzie and her sister Emma, but they didn’t get along.

All of this, along with other incidents near the murder like Andrew killing some pigeons Lizzie loved, conflicts over money and property, and a bout of mysterious sickness that hit the whole family have given sleuths tantalizing clue about those August 4th murders for years. Had Lizzie been abused by her father and Abby? Did she fail to buy poison the day before and resort to an axe instead? Did she want money? Did someone else in town have it out for the Bordens? Were Lizzie and the maid Bridget Sullivan secret lovers?

We simply don’t know for sure. What we do know is that around 10:30 in the morning on August 4, 1892, someone brutally killed Abby first, in the upstairs bedroom, hitting her so hard in the face with an axe that it broke her jaw. The murderer later killed Andrew, also with an axe, leaving him dead in the living room of the Fall River home … which you can still visit and sleep in. No one heard a struggle. No one saw any strangers enter the house. Nothing was taken. It all happened in broad daylight.

Lizzie herself claimed she was in the barn when this happened, but other testimony, including that of Bridget Sullivan, the maid in the home, put Lizzie in the house. By all accounts, she wasn’t known to be a violent person, which is one of the things that made this murder, and Lizzie’s subsequent arrest for it a week later, so fascinating.

A prim and proper church-going woman killing her parents so brutally? That’s shocking and fascinating and the Borden murders created an immediate media circus, even by the standards of 1892. The investigation and trial got national attention, which doesn’t quite explain why both were handled so poorly. Racism and anti-immigrant sentiment played in at first, as the initial suspect the police arrested was a Portuguese immigrant. That happened before attention turned to Lizzie.

No one found bloody clothing in the house or on Lizzie, but that was because the police didn’t look for it. Autopsies were performed on the victims on their dining room table. Some witnesses claimed that Lizzie was seen the night after disposing of something in the basement, where the head of a hatchet that could have been the murder weapon was found.

But the worst part of the investigation was the questioning of Lizzie Borden herself at a closed inquest, where she was denied a lawyer (which under modern law would be wildly unconstitutional!) and her doctor claims she was given morphine for her nerves before questioning. It’s unsurprising her answers were muddled and confusing in the inquest, and that evidence was kept out of the trial.

The trial was a bit of a circus as well, with the prosecution producing the actual mutilated skulls of Andrew and Abby Borden in the courtroom, causing Lizzie to faint. The evidence against Lizzie was circumstantial, and she was found not guilty. But history certainly condemned her.

An article from Smithsonian Magazine from just last year makes a pretty definitive statement that “there is no doubt that Lizzie Borden committed the murders.” The article is intent on figuring out why she wasn’t convicted, citing the tensions in Fall River between the “natives” and the Irish and other immigrants who were slowly moving in. The Bordens were anti-immigrant, the theory goes, and the prosecution of Lizzie by a mainly Irish police force. But there was also the perception that a nice Christian woman like Lizzie would never commit patricide.

Despite her acquittal, Lizzie Borden remains one of the most infamous murderesses in American history. The audacity of the crime and the contrast of the supposed killer still draw us in to this day. We may never know the truth about Lizzie Borden and her axe, but the mark she left on history is indisputable.