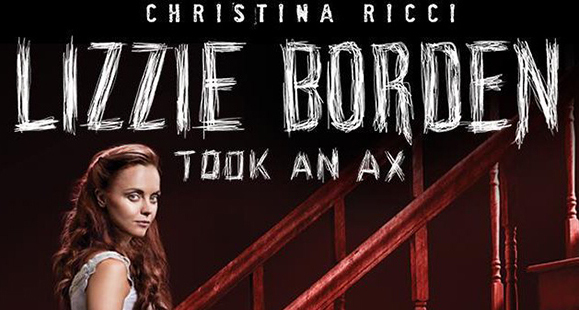 This weekend Lifetime saw fit to bestow upon us, the waiting masses, the greatest televisual achievement since last week’s Flowers In the Attic: Lizzie Borden Took an Ax, starring Christina Ricci as the infamous 19th century Sunday school teacher who may or may not have (but totally did, according to Lifetime) butchered her parents because they were jerks and she felt like it. For those who watched it—and those who didn’t, because apparently you have better things to do on a Saturday night than watch a Lifetime movie about an historical maybe murderess, ugh, whatever—I’ve put my thinking cravat on, figured out how to make gifs, and assembled this list of the cinematic marvel’s 10 most Oscar-worthy moments. Starting with… 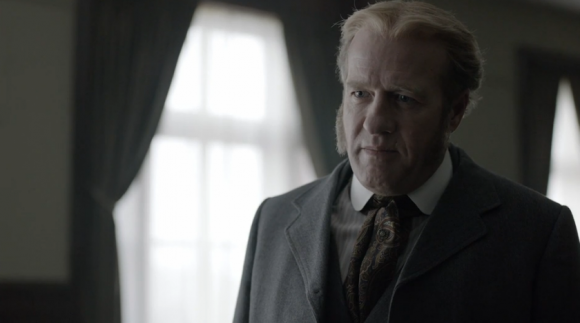 The guy who prosecuted Lizzie has a name. Josiah? Hosiah? I don’t care. He’s Mr. Muttonchops. He’s also ridiculously incompetent at his job. Not reading Lizzie her rights because you were so sure you’d get a confession? C’mon now. You don’t deserve that facial hair. 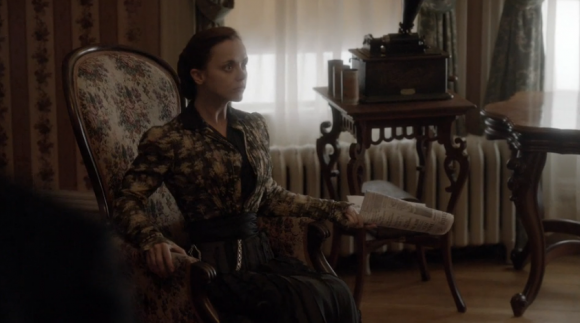 Where’s Christina Ricci? Sherlock Holmes, is that you?

Lizzie Borden Took an Ax was actually a lot better than I thought it would be. It was entertaining, had good acting (well, good bad acting—more on that later) by Christina Ricci, and featured some rocking bluegrass-y tunes during the historical hootenanny scenes. I’m not sure whether to be pleased at its quality or disappointed by it. I don’t watch you, Lifetime, but if I did, it would be for no other reason than to see an abundance of ridiculous, gloopy cheese. You putting out good(ish) movies is like if Disney abandoned the animated princess musical. What do you think God put you on this green Earth to do?!

All this is to say that Lizzie Borden Took an Ax being good (on the scale of Lifetime movies) made me appreciate its approximately ten thousand gajillion lurid cuts to a blood-splattered Lizzie murdering her parents or generally being a Problem Child all the more. The best of those: Random Pigeon Slaughter after she gets back from a party her parents didn’t want her to go to. She likes her pigeons! But then she kills them! Because Lizzie Borden! And it’s never mentioned again. Like the fact that she may have been poisoning her family. Where did that go?

Lizzie, are you exasperated or possessed by Satan right now?

“I heard you were talking smack about Speed Racer.”

Lifetime hit all its “Oooh, we’re so scandalous!” buttons by picking a subject that allows them patricide, animal cruelty, implied incest—they just can’t give it up after Flowers in the Attic, can they?—and an implied *cough* special interest Lizzie has for her friend Nance O’Neill (Andria Wilson). I can see how one may object to a sexual orientation being linked to moral depravity and murder. I’m just excited to see historical lesbians. The fact that Borden and O’Neill were rumored to be in a romantic relationship later in Borden’s life is just icing on the cake. 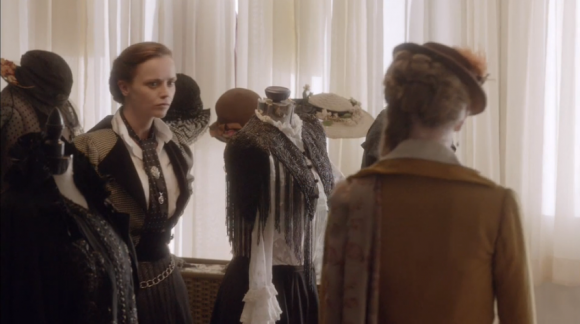 Metal… belt? Historically accurate costuming, how do? But I don’t even care. This outfit is in the closet of a grown-up Wednesday Addams. Lizzie Borden may have been a violent psychopath, but girl could dress.

I’m conflicted on the subject of how Ricci played this line, delivered as part of her alibi in the immediate aftermath of the discovery of her parents’ bodies. Is it the best line delivery of the millennium or merely the century? It is ridiculous loco bonkers, as is so much of the way Ricci plays Borden. It’s like a wide-eyed ingenue with dreams of big-city stardom was sent on a roller coaster a few times to make her dizzy before being given the stupidest, most ham-fisted dialogue possible.  (“Where’s your mother?” “…Who?” / “We need to submit this dress into evidence.” “What does that mean?” It means it’s evidence.) But is Ricci being a horrible actress, or is she doing an excellent job at playing a horrible actress? There are a lot of layers to peel back here. What’s your excuse, Heather Graham?

I expect that this movie is lying to me about the extent to which 1890s American ladies wore cravats. For some reason it seems like historical accuracy wasn’t high on anyone’s list. Maybe that has something to do with how the movie says Lizzie definitely killed her parents, when it real life no one knows for sure. Just a thought. But anyway. There had to have been a dozen-plus lady cravats in this movie, and every single one of them gave me life. I’m going to bring this fashion back. I’ve just decided.