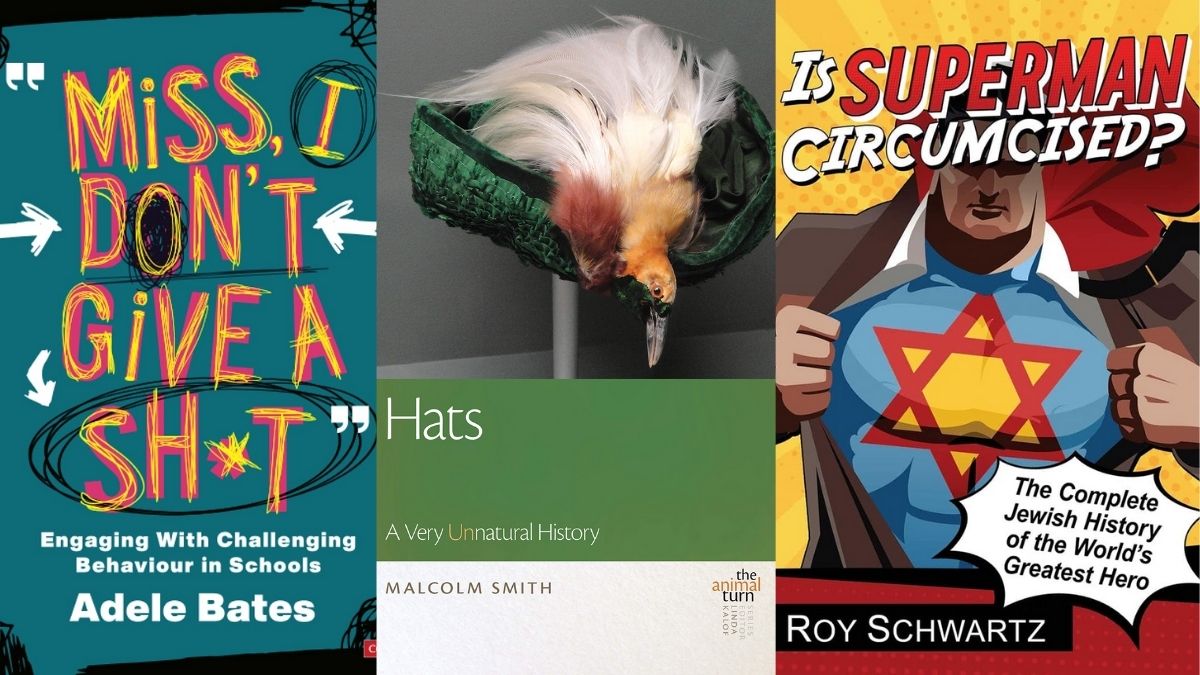 Normally, pending scandal or record-shattering moments, we like to wait to share literary prizes after the competition is over. Especially considering some institutions release longlists and shortlists (finalists) months ahead of awards. However, this is an exception to the rule, because it is too entertaining not to share. So, The Bookseller (what I gather to be the U.K. equivalent of Publisher’s Weekly) revealed the finalists for its Oddest Book Title of the Year (a.k.a. The Diagram Prize) competition, and they did not disappoint.

Started in 1978 by The Diagram Group to spice up the annual Frankfurt Book Fair, they put together this fun competition to identify the oddest book name of the year. 2021’s shortlist includes:

Academia sweeps the board

According to The Bookseller columnist Horace Bent, this is the first time in the competition’s 43 years that the shortlist is entirely made up of academic texts. Bent explained that about 40% of winners have come from academia. “It’s a tradition that dates back to our very first winner in 1978, the University of Tokyo Press’ Proceedings of the Second International Workshop on Nude Mice. I would like to give a special tip of the chapeau to Bloomsbury Academic, which has had a rare second shortlisting in a row after 2020’s strong third-place finish for Classical Antiquity in Heavy Metal Music.”

The Bookseller managing editor and the competition coordinator Tom Tivnan told The Guardian he thinks that Is Superman Circumcised? will win this year. “Diagram voters have long had a sometimes lamentable predilection for titles that refer, even obliquely, to naughty bits. I’m thinking of Charles L Dobbins’s 2019-winning self-published trapping guide, The Dirt Hole and Its Variations, and the Institute of Mechanical Engineers’ Designing High Performance Stiffened Structures which rose to the occasion to win the prize in 2000.”

I’m with Tivnan, the Superman title is in my top three, and it’s easy to see why it would win. Lots of the titles kinda leave you somewhere between a huh? and I see what they did there. However, Schwartz’s book exploring the Jewish history of the most recognized superhero is simple and bold. So is Bates’ Miss, I Don’t Give A Sh*t, but without the sexual flare.

Prize and how to vote

After looking at the finalists and past years, part of me wishes there were more categories, possibly separating fiction and non-fiction, as well as a category for best description, title, and cover image. For example, while Havil’s math book is odd already, the description of the book (all of which you should look at) is more captivating than the title.

However, because this event is more on the laid-back side, I get it. That would entail a lot of work, and they just want a good laugh.

The public online vote is available here until November 26 (be wary of time zone difference), and the winner will be announced on December 3. What does the author(s) receive for this award? Free press and something to spice up that website or CV. The Bookseller tradition entails the nominator of the winning entry earning a bottle of wine (specifically claret), and if the title were nominated by someone one staff, then the bottle would go to a random voter.

You might have to sign in or be a subscriber to vote, though, because the entry doesn’t ask for one’s email. Regardless, I voted for my fave despite being torn between three fierce options.

Have you seen any that you think should’ve made the shortlist this year (academic or not)? Let us know in the comments.