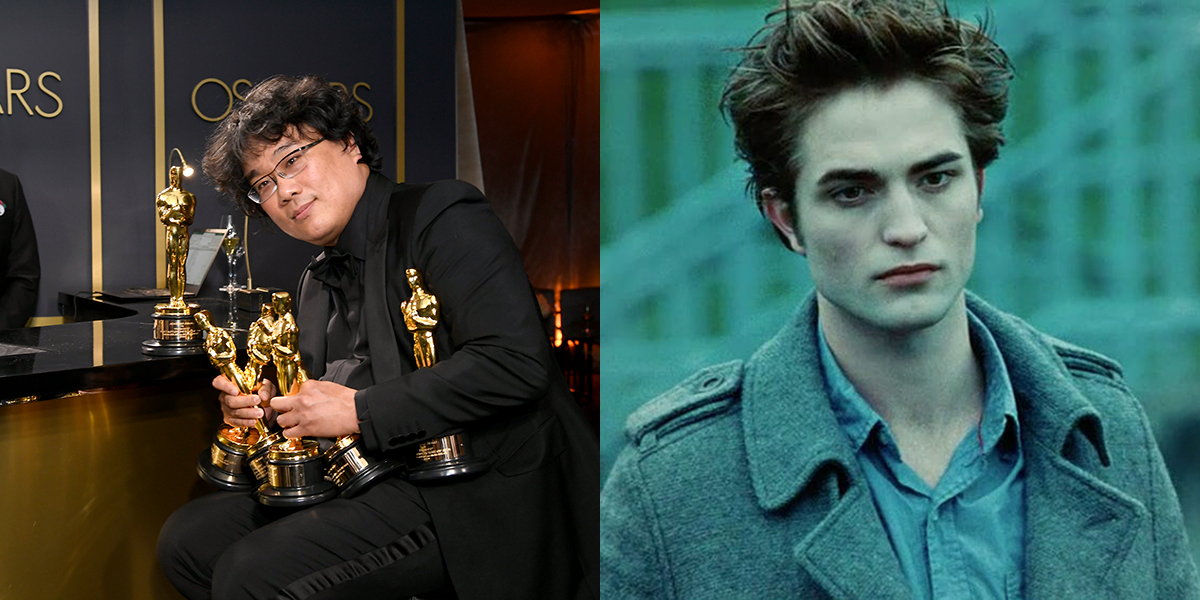 The sentence “Bong Joon Ho in talks to direct Robert Pattinson” is all the world needed to hear—mainly because that is the kind of energy that we need heading into 2022, but the more we look into this sci-fi movie that Bong Joon Ho is planning on doing with Pattinson, the more interested we are. Again though, we needed no information other than the two of them working together.

According to The Hollywood Reporter, the film is based on the upcoming novel Mickey7 by Edward Ashton, and—buckle in—if the movie gets made, it would have Bong Joon Ho sending Robert Pattinson to space. So definitely something we’ve all collectively dreamt up.

The novel follows Mickey7, a man set on a mission to colonize an ice planet known as Niflheim. Mickey7 takes jobs that everyone has deemed to be too risky and is simply replaced with a clone, with most of his memories intact, when he’s killed in action. Presumed dead, as usual, he returns to base to discover that a new clone, Mickey8, has taken his place, despite that he’s still alive. So what you’re telling me is that it is a Robert Pattinson that can’t die trying to colonize an ice world? I’m in.

The energy of Bong Joon Ho and RPattz

This feels like a Twitter wish that none of us even knew we had. We all obviously love both Bong Joon Ho and Robert Pattinson for their own reasons, so the two joining together feels right up our alley. And maybe that’s because their energy sort of works together. Bong Joon Ho directed iconic films like Snowpiercer and Parasite, and while Robert Pattinson hasn’t worked with him yet, he does seem to fit into the worlds that Bong creates with his work.

Coming up, we have our first look into Pattinson in the world of superheroes in Matt Reeves’ The Batman, and he’s also worked with directors like Christopher Nolan in Tenet and the Safdie brothers with their film Good Times. They’re both icons, and getting to see the two work together is going to be a delight for fans.

i think i just blacked out after reading this https://t.co/G9DYObQcl2

Every accounts choice of photo pairings for this news has been fantastic https://t.co/l4aidmXWiD

This is a collab I never knew I needed https://t.co/UwyfIDsMKq

things you absolutely do love to hear https://t.co/UkiNZtM4lr

could there POSSIBLY be a better film for me personally than a scifi drama where bong joon-ho sends robert pattinson to an ice planet https://t.co/Di0M24KfSZ

Whatever this is? I’m in. It had better happen.