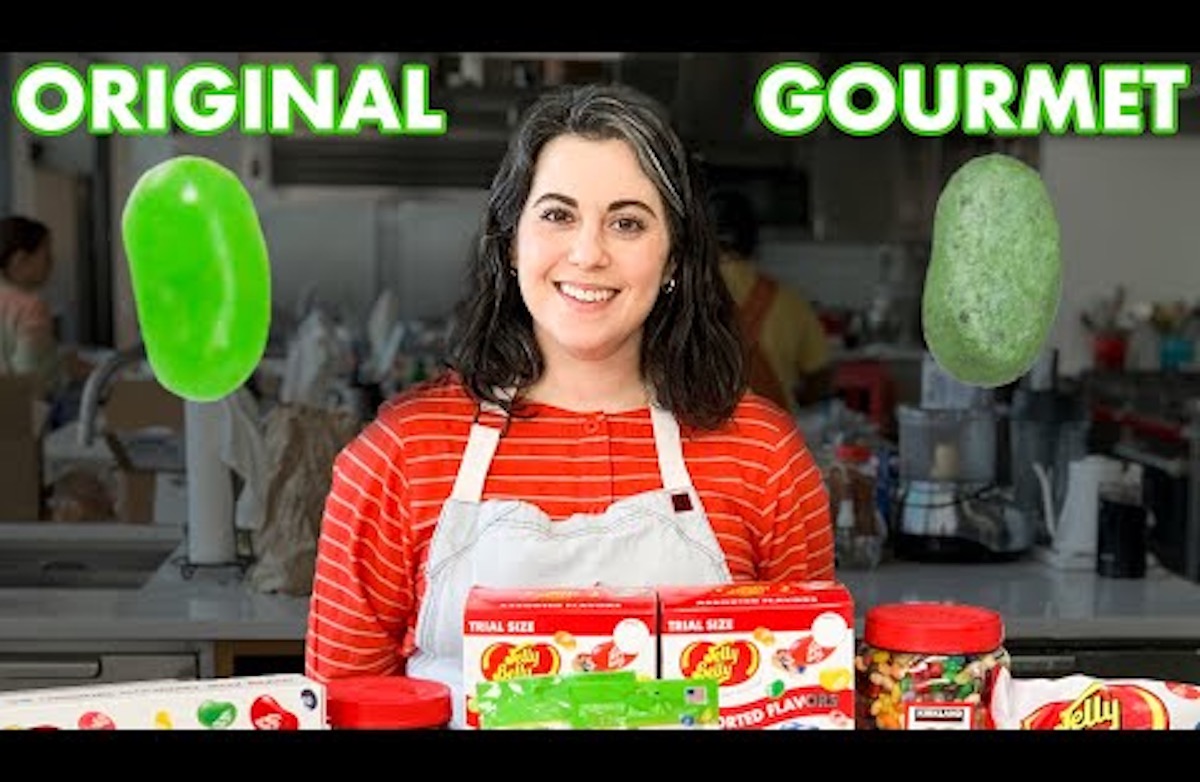 Let’s get it all out of the way: coronavirus has upended our lives and stressed us out in a way we could have never imagined in the quaint and relatively stable era of, say, 2019.

You need something, anything, to do during this bonkers time? Have I got a distraction for you.

If you haven’t heard yet about Bon Appetit’s video content, I envy you. Because that means you have hours and hours of joy to look forward to whereas I have burned through pretty much the entire backlog months ago and now can only re-watch my favorites to comfort myself when I’m feeling like I’m stuck in a poorly written movie with no denouement in sight.

Crash course time! What is Bon Appetit and why should you watch their videos?

Bon Appetit is a magazine. Or, it was. It still is. In fact, I have fond memories of my restauranter father fanning old copies of Bon Appetit in the “waiting area” of his nine-table cafe along with Wine Spectator and Food & Wine. My teenage memories of flipping through these magazines on boring afternoon shifts mostly consist of reactions like, “Who cares about squash this much?” The magazine was chef-y. Recipes were complicated and required fancy ingredients, like almonds. (It was a different time. Food culture was not a thing.) It was for Serious Cooks, not normal people.

But that was Bon Appetit, the magazine. Now Bon Appetit is a YouTube sensation, posting new videos almost daily and generating millions upon millions of views. The videos defy all wisdom when it comes to video content: they’re long, silly, and sometimes the hosts mess up the recipe—but they are so charming, you can’t help but watch.

And the weird thing is, these videos are good times for everyone, not just people interested in cooking and baking. Their popularity has exploded. Bon Appetit video personalities now get recognized on the subway. You can argue with your coworkers about which host is the best with a passion I’ve previously only seen in hockey. There are even weekly podcasts created by fans that recap every single video.

There is even a small, but I can only assume dedicated, fandom writing fanfiction about their favorite BA stars, which I learned when Priya totally blew up their spot during the team’s Q&A at the 92nd Street Y. (Hey Priya??? Please do not show Brad AO3. I don’t think our tenuous hold on reality could take it.)

Need help navigating the many years of Bon Appetit content? Here are my top five recs for newbies looking to get into the Bon Appetit Cinematic Universe.

I want you to start with Brad. It’s important you meet him in his element. Formerly the manager of the BA test kitchen, Brad Leone is the host of their first breakout hit, It’s Alive, where he ferments things. Or travels to Hawaii. Or goes to an oyster farm. Or just … hangs out, because honestly, this dude is so chill you could watch him paint a wall and it would be very pleasant. I have absolutely no intention of ever making my own homemade mustard, but damn if Brad doesn’t make it look fun. Please watch him put things in jars and pronounce “watery” in his New Jersey accent to the delight/horror of the video production team. Also, this episode will introduce you to Chris Morocco, which means next you should watch …

If Brad is the laidback older brother, Chris Morocco is the fussy cousin who likes things a Certain Way—and you have to respect that, mostly because, as grating as it can be, his way is often objectively the correct way. (Like how he only browns half of the pork before cooking the rest. SIGH. He’s right, that’s how you should cook two pounds of ground meat.) Morocco, a supertaster known for his teeny tiny bites and hatred of peanut butter, walks you through this pretty simple dish with only a modicum of disdain for how you live your life.

I’ve actually made these noodles. Several times. But even though the recipe is a good one, the real reason you should watch this is the short break Morocco takes to drag his hipster coworker Amiel for dressing “like a character in a Wes Anderson film.” That’s Morocco: killer wit and a killer palate. He’s an acquired taste, but when he took a stand for the liberal use of garlic and butter in this video, I knew that we were more alike than I wanted to admit. Once you’re on board with Chris, check out his series Reverse Engineering, where he puts his superpowered tastebuds to the test and tries to recreate a celebrity chef’s recipe after only tasting it blindfolded, dropping F-bombs the entire way.

This is it, fam. This is what will bring you comfort in these dark times: Claire Saffitz, beloved BA hero. In her show Gourmet Makes, pastry chef Claire takes a junk food item and attempts to create a gourmet version. If you stick around for the resulting million-step recipe at the end of each Gourmet Makes video (and you will!) you will quickly realize that no one would actually care to make these things. They’re too complicated, too fiddly, too ridiculous.

But Claire cares. She cares a LOT. She is the girl who always did the extra credit assignments in school even though she already had an A+ in the class. She will try her best and you will find yourself rooting for her the entire time. In this video, she tries to create her own versions of Jelly Belly jelly beans and, in her quest for perfectionism, is pushed to the brink. Making a coated candy without industrial machinery is, to put it lightly, very difficult! Watching Claire fall seven times and get up eight is—I’ll say it—the most inspiring thing I’ve ever witnessed. And God bless Rick, who swoops in at the end to lend a helping hand! Speaking of Rick …

Rick Martinez somehow manages to tear himself away from Fire Island once in a while to make something yummy in the test kitchen, and you should watch him when he does. I would say Rick is the Cool Uncle of the group but let’s be honest: he’s too busy living his best life to show up at your family reunion. Rick is the resident expert on Mexico’s food scene and homey bakes that are just a little bit extra, and therefore, a little bit special. Using brown butter instead of room-temp? You’re speaking to both my impatient side and my Eastern European side, Rick. These cookies are as amazing as he says, by the way, but what’s even more amazing is that Rick basically gives us permission to eat raw cookie dough against the advice of mothers everywhere. Uncle Rick said I could, mom!!!

Am I honestly telling you, a grown human being, to watch strangers make sandwiches for 20 minutes? Yes I am! If you’re new to Bon Appetit, there’s no better way to meet the whole crew than Test Kitchen Talks, in which an array of BA personalities speak on a subject, in this case, sandwiches. The food looks great, the people who are making it are sweet, and don’t try to tell me you’re not eating double carbs all day, every day right now. You will meet a BA host you love (more Sohla, please, she is a delight!) but I can’t tell you who it will be; everybody has their own favorites. You might need a friend like former stoner Andy, or debate team nerd Priya, or tiny, adorable Gabby, or basic-and-loving-it Molly, or perfectly imperfect Christina. And once you find your new fav, you can search out every video they’ve done. (But seriously, Bon Appetit content strategy team—MORE SOHLA.)

Is Bon Appetit content going to solve any global crises? No. But it might help soothe the small, personal ones we are all dealing with day by day. Right now the BA staff themselves are working from home like many of us, and I am dreading the day that the video production team runs out of new videos to upload. Luckily, they shoot months in advance, so we’re not there yet!

TJ Alexander (they/them) is a writer and baker based in New York City with their wife and elderly cat. You can follow them on Twitter @tjalexanderNYC.