John Bolton Confirms What We Already Knew: Donald Trump Doesn’t Have a Plan for Any of This 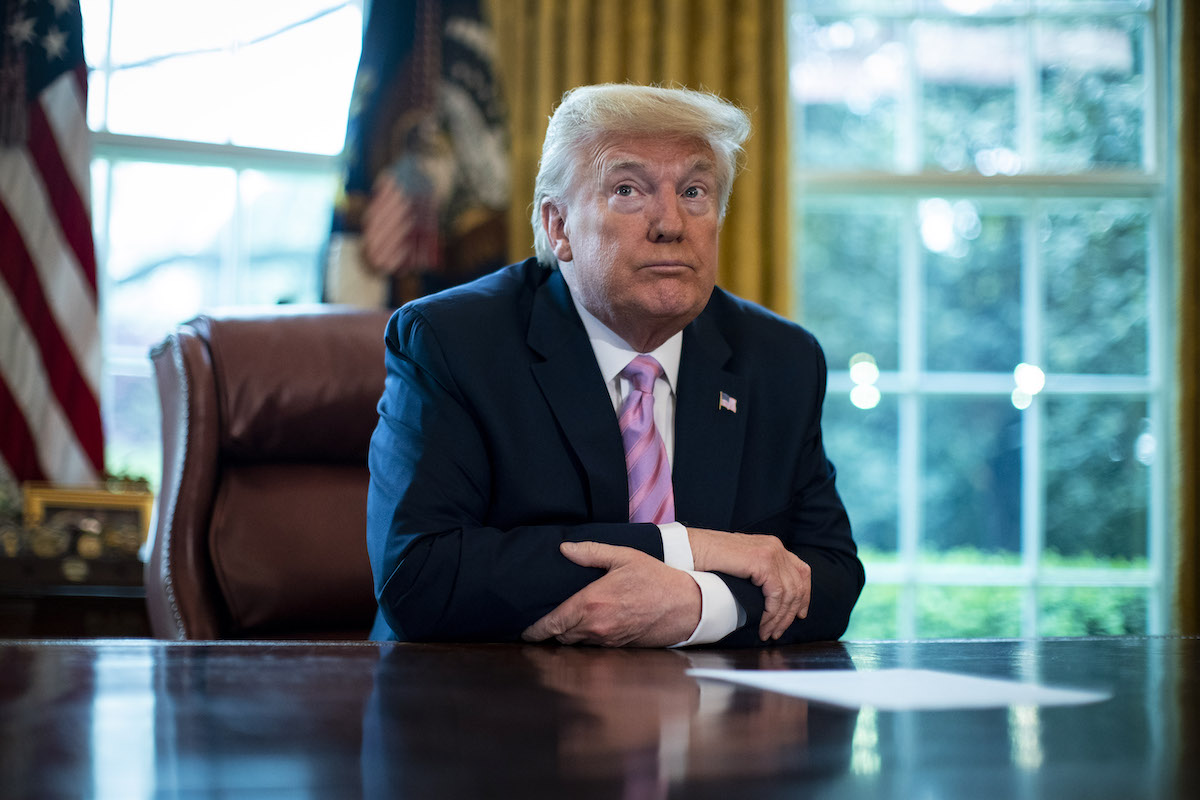 As self-serving and poorly written as it may be, John Bolton’s memoir and the surrounding press tour has given us an insider’s perspective of the eternal garbage fire that is Donald Trump’s administration.

Speaking to ABC News this weekend, the former national security advisor described the principles that guide Trump’s presidency. In short, there aren’t any.

This probably doesn’t come as a surprise to many people but there’s something satisfying about hearing Bolton put words to what was already obvious: that in this administration, “foreign policy and defense policy are not motivated by philosophy, grand strategy or policy.”

“This is not a conservative administration nor is policy made in a coherent, competent way,” Bolton said.

[The Room Where It Happened] shows a pattern quite contrary to the image [Trump] would like to convey, of a decisive president who knows something about what he’s doing. There really isn’t any guiding principle — that I was able to discern other than– what’s good for Donald Trump’s reelection.

Now, look, you can’t take the politics out of politics. It plays a role in every aspect of decision making in the executive branch. But there’s no coherent basis, no strategy, no philosophy. And decisions are made in a very scatter shot fashion, especially in the potentially mortal field of national security policy. This is a danger for the republic.

According to Bolton (and our own basic observation skills), the only thing Trump cares about, and has ever really cared about since taking office, is reelection. The only reason he wants to be in office is to stay in office longer. It’s pure narcissism.

I think he was so focused on the reelection that longer term considerations fell by the wayside. So if he thought he could get a photo opportunity with Kim Jong Un at the demilitarized zone in Korea, or he thought he could get a meeting with the ayatollahs from Iran at the United Nations, that there was considerable emphasis on the photo opportunity and the press reaction to it and little or no focus on what such meetings did for the bargaining position of the United States, the strength that our allies saw or didn’t see in our position, their confidence that we knew what we were doing. And I think it became very clear to foreign leaders — that they were dealing with a president who just wasn’t serious about many of these issues, to our detriment as a country.

Being a national security advisor, Bolton saw Trump’s hyper-focus on reelection through a foreign policy lens. But we can see it everywhere–maybe most notably right now in his response to the coronavirus pandemic.

At his ill-advised Saturday night rally in Tulsa, Trump claimed that he ordered his officials to slow coronavirus testing because as he sees it, more testing leads to more cases. Of course, fewer testing doesn’t make for fewer cases, but it can, if properly spun to gullible supporters, give the illusion of fewer cases, less threat, and an overblown media response–all things Trump is leaning into hard in his reelection campaign.

As for actually flattening the curve and protecting the country from the virus, well, that’s probably a bit too long term for Trump–whom Bolton calls “stunningly uninformed”–to deal with.