We just can't wait to be emotionally compromised all over again. 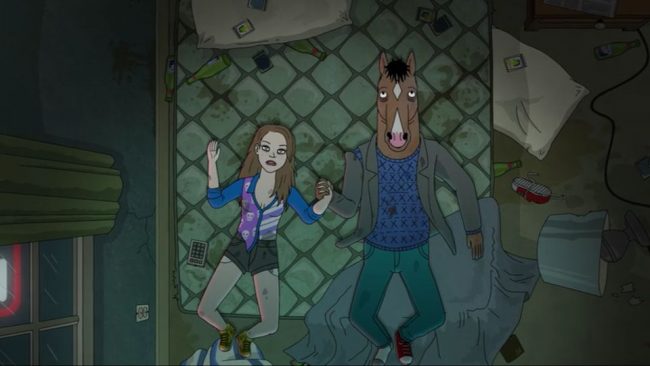 In today’s self-deprecating, existential crisis-centric meme world, only one animated show seems to rest atop the emotionally distressing pile: BoJack Horseman. So with a fairly distressing tweet, the show announced when we’d be feeling emotionally compromised by new episodes all over again: September 8th.

The tweet itself is a reference to the end of Season 3, which (spoilers, I guess, but come on, it’s been how long now) saw BoJack’s (Will Arnett) young former co-star dying of a drug overdose, which sends BoJack’s life into a tail spin. It was a very serious emotional gut punch, as Sarah Lynn (Kristen Schaal) was a staple of the series from its first season. As well, the third season spent a lot of time fleshing her out as a character, as opposed to having her just be BoJack’s darker-sided, drug-addled comic relief. It was, to be sure, a pretty unexpected turn of events, as we’ve seen BoJack and Sarah Lynn both survive one incredible drug trip way back in season one.

After he learns of the overdose, BoJack sets out on a drive, and the season seriously ends with him speeding faster and faster down the highway. He closes his eyes while doing so, and after a few moments, he opens them, only to hit the brakes, pull over on the side of the road, and then watch as some wild horses go running through the desert.

This is notable because the tweet, seen above, looks to be shot from BoJack’s perspective on that desert, with the new season’s release date spelled out in cloudy sky writing. It also explains why I find the tweet just a tiny bit distressing, because seriously, that’s BoJack’s hand covering the camera, right? What happened? How long has he been in the desert for? Why do I care so much about a cartoon horse?!

Ahem. Anyway. Each season, thus far, has ended on a pretty poignant note, and each continuing season sort of played off of that idea. This last season was obviously no exception, and I fully expect them to do the same with this coming season’s opening. Expectations are high, to be sure.

Let’s see where BoJack leaves us this time, eh?