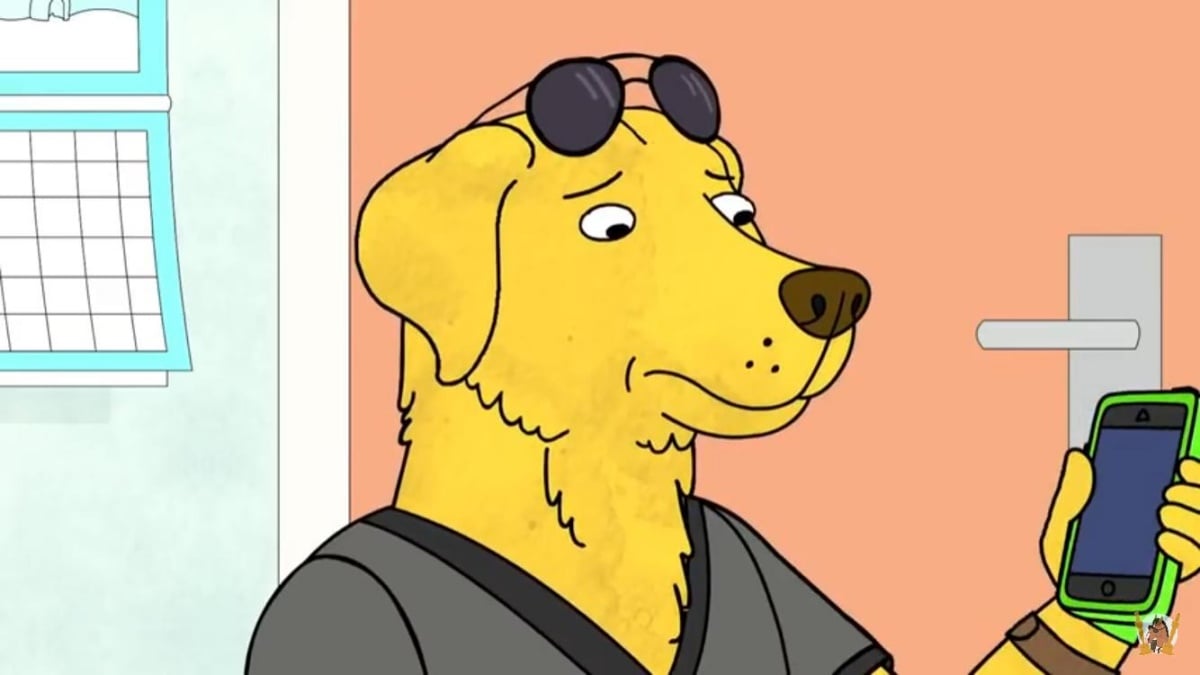 In a recent article by Vulture, writer Jen Chaney said that the Netflix animated show BoJack Horseman has the best writing on television because of the vast number of issues (mental illness, death, addiction, abusive relationships, etc.) that it not only manages to touch on, but excel at exploring in always holding characters accountable in-universe for the severity of their actions.

I totally agree with Chaney; BoJack has been one of the shows I have always said helped me recognize my own mental illnesses as I went through therapy. However, what it also does it subtly highlight the flaws within all people, even those who seem good, and that is perfectly highlighted in the character of Mr. Peanutbutter.

For multiple seasons ,Mr. Peanutbutter was presented as the foil for BoJack. He was famous for being in a ’90s sitcom that was a ripoff of BoJack’s, but unlike BoJack, Mr. Peanutbutter was always shown to be “nicer,” “kinder,” and more well adjusted. Yes, he had a more simple-minded, people-pleasing disposition, but there was also a sense that Mr. Peanutbutter was an example of a better version of what BoJack could have been. However, that is a massive oversight in the ways Mr. Peanutbutter is a bad partner who has his own issues to work through.

The universe is a cruel, uncaring void. The key to being happy isn’t the search for meaning; it’s to just keep yourself busy with unimportant nonsense, and eventually, you will be dead. 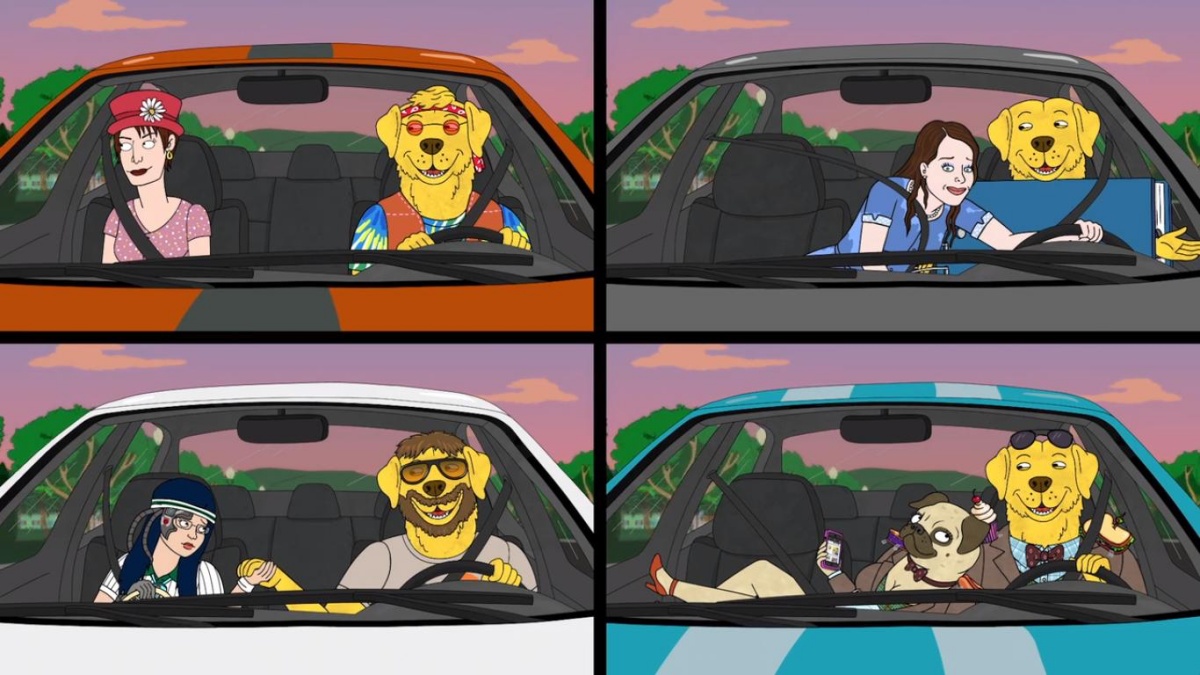 In season five of BoJack Horseman, the characters of Diane and Mr. Peanutbutter finally divorce, and he instantly starts dating a 25-year-old pug waitress named Pickles, whom Mr. Peanutbutter subsequently cheats on with Diane in a moment of dual self-sabotage. Mr. Peanutbutter still has feelings for Diane, and rather than work through those feelings, he instantly goes to a young woman to fulfill his emotional needs, and in “Mr. Peanutbutter’s Boos,” we see that this is a pattern of behavior.

“Mr. Peanutbutter’s Boos” is framed around four different Halloween parties at BoJack’s house over 25 years. In the first, Mr. Peanutbutter is with Katrina, Jessica Biel in the second, third Diane, and finally, in the present with Pickles. In each, we see that, despite Mr. Peanutbutter being devoted to these women on the surface, he doesn’t actually listen to them when they express what they need from him.

He allows himself to be so distracted by having fun that he doesn’t remember things like Katrina’s request not to leave her alone at a party full of strangers (which leads to her being “converted” by Tim Allen), Jessica Biel’s fear of mummies, or Diane’s general dislike of parties. This behavior leads to all these relationships falling apart.

Also, as Diane eventually has to put on the nose as Mr. Peanutbutter attempts to console a crying Pickles, he keeps dating women significantly younger than him, but never actually grows up himself. That last part is key because, for Mr. Peanutbutter, he isn’t meeting and dating these women because they have common interests (besides not having kids, he and Diane have little in common), but because they are “fun” younger women who can hold his interest for more than a few seconds.

He loves them, but he loves them in a childish way. It’s without a true understanding of who they are or growth within the relationship. He wants everything to always stay the same, and that isn’t possible.

For a long time, Mr. Peanutbutter was one of my favorite characters on the show. I thought he was sweet and kind, especially when it came to supporting Diane—so much so that when, in “What Time Is It Right Now,” I was really upset that Diane was angry that he built her a “Belle” library. To me, at the time, it was such a thoughtful and sweet gift. I was like, “What’s wrong with her?”

However, I think what’s important about that scene and what it means for the relationship is that they don’t know each other at all. Diane has said time and time again that she doesn’t like grand gestures, parties, and a lot of the things that exist within Mr. Peanutbutter’s love language. He never listens, which isn’t to say that Diane is perfect—she isn’t—but she does express how she feels, and Mr. Peanutbutter’s responses rarely fit the weight of her words. I often think about the line from Into the Woods that goes “Nice is different than good.”

That is Mr. Peanutbutter. Much like BoJack, Mr. Peanutbutter wants to do good, but he doesn’t know how, because his version of bad behavior is so superficially altruistic that he can convince himself the problem is the woman, and he can fix it with the next girl. When he proposes to Pickles at the end of season five, this is going to be his fifth marriage—all without growth, all without trying to become better, and despite Diane’s words, he’s going try to fix himself using Pickles as his self-help companion.

Diane says that Mr. Peanutbutter doesn’t ruin women, but in choosing to marry Pickles, despite Diane’s warning to “grow up,” it shows that his malevolence is wrapped up in a very sweet, but equally poisonous coating.