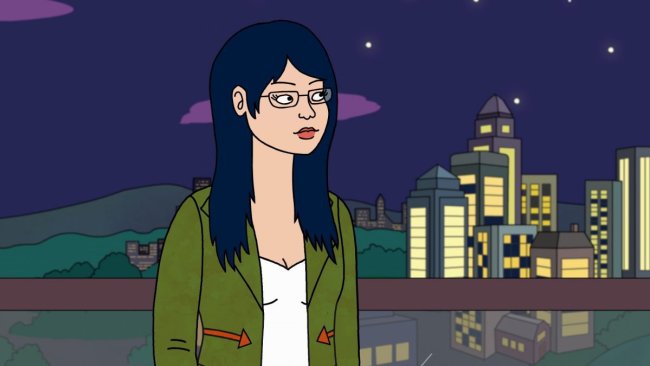 Raphael Bob-Waksberg, the creator of Netflix’s Bojack Horseman, knows that there’s a big problem on his show. Namely, that the character of Diane, who is supposed to be Vietnamese, is voiced by Alison Brie, who is white. This issue has been brought up in fan circles plenty of times before, not only in relation to this show, but throughout animation. Yet, according to Bob-Waksberg, no one’s brought the conversation directly to him, until now.

Twitter feels like a bad place to get into a nuanced conversation about this, but I’d be happy to discuss further in an interview if asked. Almost nobody does ask — possibly because most interviewers are fans of the show who don’t want to upset me (and they’re mostly white too).

A fan reached out to Bob-Waksberg on Twitter asking, “I love Alison Brie’s work, but why did she have to voice Diane in your show? POC representation without employment seems…off. Or maybe you have some Asian-American writers to balance it out, I don’t know.”

Bob-Waksberg then replied, saying that if he had it to do over again, he wouldn’t cast all-white on this, or any animated show, love his cast though he does. He also said that he’s “really soured on the idea of ‘color-blind’ casting as an excuse to not pay attention.”

He then mentioned the fact that he’s been wanting to talk about this for some time, but that it’s not something that interviewers have ever asked him about, which he attributes to the fact that 1) they might be fans of the show themselves and not want to upset him or make the interview too difficult and 2) they themselves happen to be mostly-white. (Racism. It’s a systemic problem, you guys!) Bob-Waksberg said that he’d love to talk about the issue in an interview, and Uproxx’s Pilot Viruet took him up on it.

The result is a really honest and nuanced conversation in which Bob-Waksberg totally owns the ways in which he’s made mistakes, or alternately been oblivious to certain things with regard to race.

On why he’s never brought it up with interviewers, rather than waiting for them to bring it up:

On why he hasn’t said anything until now:

“For a while I thought, maybe I shouldn’t be the one having this conversation. Maybe it’s better if other people are talking about the show — people of color, people who have lived experience, people who can actually talk about this more eloquently than I can. Maybe it’s better for me to just make the show and try to listen to what people are saying and adjust [accordingly]. But more and more I feel like this is my show and these are decisions that I’ve made and it’s my responsibility to talk about them even if it’s going to be awkward and even if it’s going to feel weird for me… I think it’s worth talking about and I feel like my silence can be read as ‘There’s not a problem here’ and I’m not comfortable with that anymore.”

The role of Diane ended up being a mix of intentions. Bob-Waksberg specifically wrote her to increase representation for people of color. However, when Netflix bought his show, he was “excited” and “didn’t understand how much power I had. I didn’t have the courage to say ‘No, this has to be an Asian woman.'” After auditioning many white women, they actually did cast an Asian woman, who recorded four episodes. However, that actress, whom he doesn’t name, ended up becoming unavailable thanks to her role on another show, so she left. Allison Brie replaced her.

Bob-Waksberg goes to great lengths to make sure that he doesn’t come off as cleanly as “I didn’t get it before, but now I get it.” He got it then when they were first casting Diane, he just didn’t get it enough, or want to fight for it enough.  Throughout the interview, he talks about all the other mistakes he’s made on the show with regard to inclusion, and he talks very specifically about the steps he’s taking to remedy them.

No, Allison Brie isn’t going anywhere. Nor should she. She is Diane now, and she’s great. But there are several other ways in which Bob-Waksberg can address the inclusion issue with future casting, and he seems to be taking those steps based on hard data.

Most importantly of all, Bob-Waksberg isn’t doing this for some kind of cookie. He’s doing it, because he’s finally tired of letting it slide, of not fighting hard enough, of being a coward. He’s been the creator and showrunner of Bojack Horseman since it’s inception, but it’s now that he’s finally truly taking charge of the show, and taking responsibility for his decisions.