Look What You Made Her Do 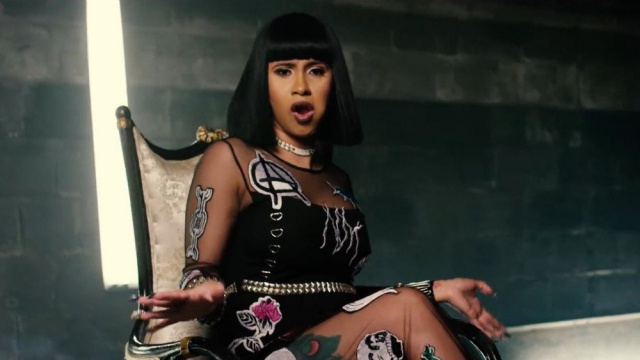 With three weeks in the No. 1 spot on the Hot 100, Cardi B has proved her dominance in the rap industry by becoming the longest charting female rap solo artist for a single ever, according to Billboard.

“Bodack Yellow” is easily the song of the summer and has been blaring out of every car radio in New York City since it was released (I heard it play on the subway at least four times today). It is also just awesome to see this 24-year-old woman from the Bronx build her career and brand from being an exotic dancer to being one of the top names in hip-hop right now.

The success of Cardi marks the first time since 1998, a solo female rapper has hit the No. 1 spot on the Billboard Charts. Not since Lauryn Hill’s “Doo Wop (That Thing)” has a female rap act top the charts without being part of a feature. Hill’s song was ranked #1 for two weeks.

Cardi is only the fifth female rapper to ever make it onto a No.1 spot, solo or featured artist:

Lil’ Kim on the “Lady Marmalade” track with P!nk, Christina Aguilera and Mya

Shawanna, who was only a feature on Ludacris’ “Stand Up.”

I for one am hoping that Cardi B will signal the beginning for more female rappers to propel themselves to the top with their bloody shoes.