Boaty McBoatface, the Best-Named Submarine in the World, Has Its First Expedition

The Internet's own seafaring baby. 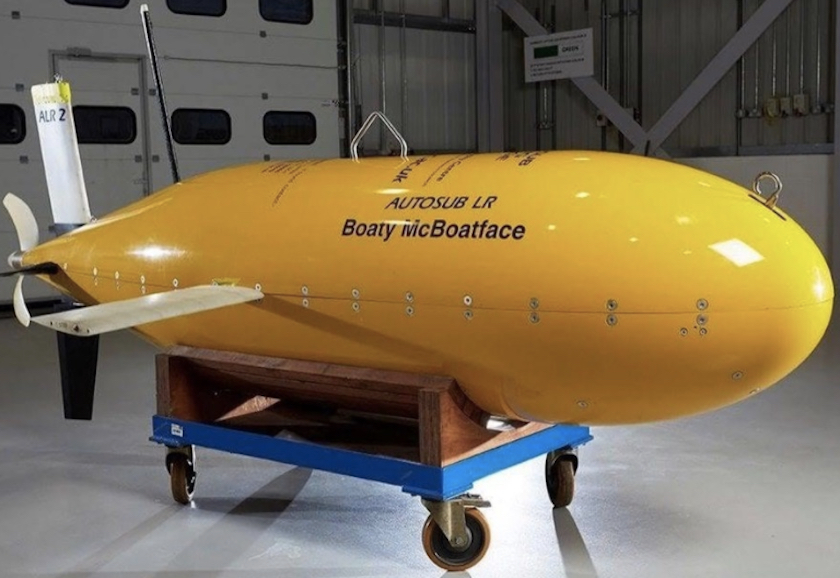 Boaty McBoatface grew up so fast! It seems like only yesterday the small underwater robot was the product of Internet humor that hijacked a British boat-naming competition. Now it is the most famous and finely monikered submersible to ever exist. And today, Boaty has its maiden voyage in Antarctica.

The saga of Boaty McBoatface began in 2016 when the U.K.’s Natural Environment Research Council (NERC) asked the public to come up with names for its new polar ice ship. Perhaps NERC members don’t spend all that much time online, because this is the Internet age and no good deed goes unmemed. 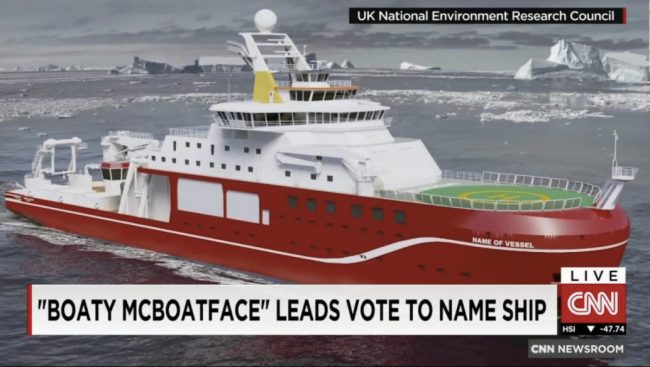 In the end, a sort of compromise was struck. The Science Ministry decided to name the polar explorer RRS Sir David Attenborough, after the famous English naturalist and broadcaster. But the Boaty McBoatface legacy would live on via the Attenborough‘s remotely controlled unmanned submarine, which was formally christened with the sweetest name to ever be stenciled onto an ocean-going vessel.

Boaty’s first mission is important, serious stuff. The little yellow submarine is off to Antarctica to monitor underwater currents, where it will collect data that could help scientists better understand climate change. As lead scientist Alberto Naveira Garabato explains in The Guardian of Boaty’s undertaking:

We will measure how fast the streams flow, how turbulent they are, and how they respond to changes in winds over the Southern Ocean. Our goal is to learn enough about these convoluted processes to represent them in the models that scientists use to predict how our climate will evolve over the 21st century and beyond.

This is no laughing matter. Boaty McBoatface should be an inspiration to us all, as well as a testament to the delightful weirdness of human ingenuity. Is it strange that I’m simultaneously thrilled and touched as I think about Boaty slipping through the waves?

(Via The Guardian, New York Times, top image via the National Oceanography Center)