Like Comedy? Into Boats? Check out the Atlantic Ocean Comedy and Music Festival, Better Known as BoatParty.biz

We spoke to the festival founder Jesse Thorn and some of the comedians. 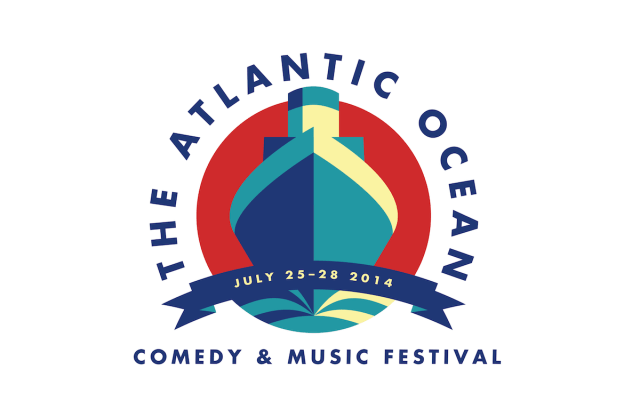 Ever wanted to spend a few days on a cruise to the Caribbean with some of your favorite comedians and musicians, but didn’t think such a thing was even possible? Then let’s talk about The Atlantic Ocean Comedy & Music Festival, perhaps better known by its URL BoatParty.biz. We spoke to the founder and a few of the comedians about the festival. 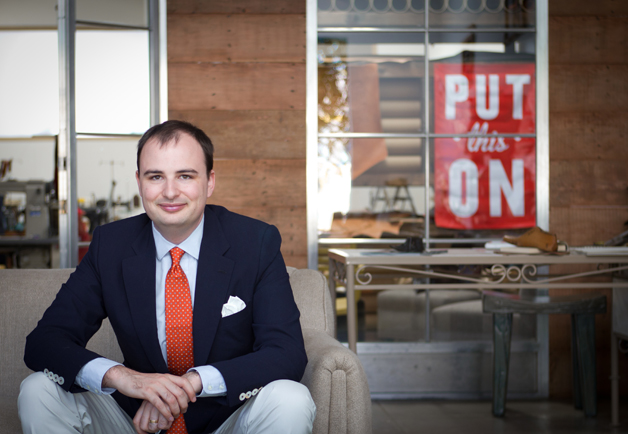 I spoke to the festival’s founder, Jesse Thorn, over the phone last week, and because I’m primarily concerned with the Internet at all times, my first question was why he chose to use a .biz URL, since it’s not a top level domain that gets used very often, and when it does, it’s not usually for things anyone is going to take seriously. Thorn told me it was because BoatParty.com was taken. It is. Though it’s unclear by what, because when you visit the site, this is all you see: 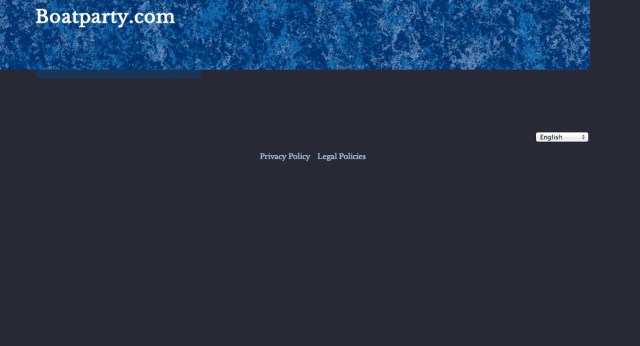 So with their first choice out, they considered alternatives. Thorn told me:

Theatlanticoceancomedyandmusicfestival.com was unworkable. I didn’t want to do AOCM&F.net or whatever it would have had to have been. We gathered the entire staff in the front room with one person on a domain registration website looking up what was taken. And, you know, we just started yelling URLs like comedycruise.com or stuff like that. Then I thought of BoatParty.biz and that was the end of that. Once you’ve thought of BoatParty.biz how could you possibly use a different URL?

For all the stigma the .biz top level domain has, I’ve got to say: BoatParty.biz does sound pretty perfect. .biz domains can be laughable, but considering this is a site for a comedy festival, that’s sort of fitting. Thorn added that they do occasionally have to qualify their promotion of the URL with the tagline, “A real website for a real event.”

Boat Party is in its second year after a successful maiden voyage last summer. It took inspiration from other themed cruises like the Weezer cruise and, specifically, musician Jonathan Coulton’s “JoCo Cruise Crazy.” Thorn went so far as to get Coulton’s blessing before launching The Atlantic Ocean Comedy and Music Festival, which he got. Possibly because the two are friends, but also because, as Thorn put it, “The thing we do is different enough that it was okay.”

And the thing they do is pretty unique. Thorn runs the Maximum Fun podcasting network, which we’ve written about before. Besides hosting an ever-growing number of great podcasts, Maximum Fun also holds its annual MaxFunCon event at California’s Lake Arrowhead every year. It’s a chance for fans of the network to get together and enjoy comedy, music, live recordings of their favorite podcasts, as well as events and classes taught by MaxFun hosts and other performers, writers, and creative people.

It doesn’t seem to me that Maximum Fun’s fans are the kind of people who would line up to go on a cruise. I’m using myself as an example here, since I’m a fan of a lot of MaxFun shows and even contribute to the network, but the idea of taking a cruise as a vacation sounds like a nightmare. Boat Party, though, sounds incredible. Rather than a boat full of weird strangers, you’re there with strangers who you have common interests with, as well as the comedians and musicians you’re there to see.

The difference between MaxFunCon and Boat Party, Jesse told me, is that MaxFunCon has a strong focus on self-improvement, while Boat Party is all about having a good time. There’s also soft serve ice cream available around the clock.

What the two events have in common is that they give fans the chance to see comedians and musicians not just on stage at night, but also out in the wild during the day. That’s not something I think is offered in a lot of places.

I know a lot of other comedians, and spending time with them can be just as funny if not more so than watching them perform. To get an idea of what fans can expect, I spoke with three of the comedians performing on Boat Party this year: Kyle Kinane, Matt Braunger, and Morgan Murphy. 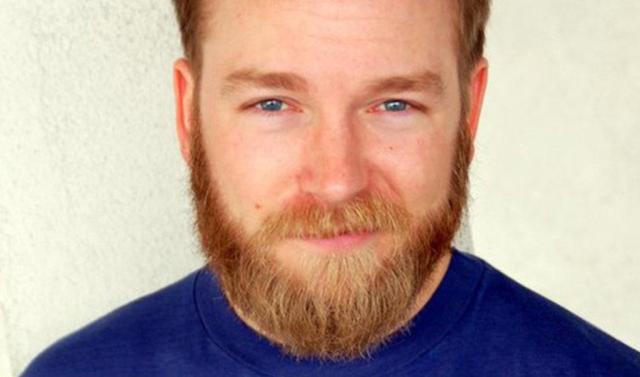 Kyle Kinane is currently the voice of Comedy Central and his special, Whiskey Icarus, is available now. Geekosystem fans may remember him for his incredible Twitter war with a fake Pace Salsa account.

One thing I was interested in talking to the comedians of Boat Party about was the idea of doing comedy on a cruise ship. “Cruise ship comic” has a definite negative connotation in the world of standup comedy. Since cruise-going audiences are a mixed bag, the performers on ships have to appeal to broad audiences and families.

But that’s just for regular cruises. Boat Party is its own entity. Kinane told me he’s never performed on a cruise ship before, but he knows the connotation. He said,

It seems like in recent days there’ve been a lot of bands that are having cruises. You can rent out part of this cruise ship for specific fans as opposed to having to be a comedian that would appeal to anybody that would be on a cruise and be family-friendly.

I would not fit the category of “Cruise Ship Comedian.”

If you’re not familiar with Kinane’s work, here’s a clip from Whiskey Icarus to illustrate his point:

As for the trip itself, Kinane had this to say about it,

[Cruises] might have their reputation, you’re locked up to a vessel with several other people, but it’s not like it’s a cruise going to a shitty place. It sounds like fun to me. I like the Caribbean. I’ll ingest it any way you want to give it to me. I’d sit in a rowboat with somebody else. Come on. Beaches and blue water, come on that’s a great time. 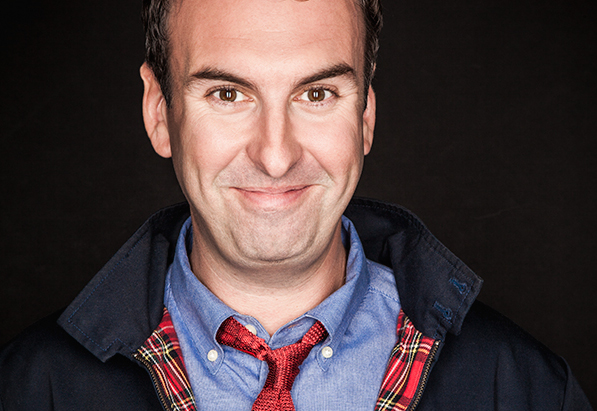 I also spoke to comedian Matt Braunger, who hosts the Ding-Donger with Matt Braunger podcast on the Nerdist network about the cruise. He’s never performed on a cruise ship either, but he came just about as close as you can get. He told me,

I had a friend who did the Second City touring company out of Chicago and they had a deal where they could bring along a guest, so I went along with him on his cruise, but it was just like a Norwegian Cruise Line full of like, the stereotypes of people who go on cruise boats, “The newly wed, the overfed, and the nearly dead.” That’s really what you had.

[Boat Party] is going to be more… people that go on vacations for a reason rather than just going on anything. Like, “Oh, this’ll be fun. I like the acts on this boat. I get to be around like-minded people. This is great.” Rather than, “Oh fuck it. Let’s just go on a cruise, because a cruise is fun, right?” Then you’re on it and it’s horrible.

We also talked about how how the Maximum Fun audience isn’t necessarily the cruise-fairing type.

I think those are the people that should be doing a cruise like this because it kind of gets outside your comfort zone, lets you kind of enjoy the other side of things. I say we should swap. The MaxFun folks like you and I should take cruise ships, and then the people who go on cruise ships, they should go see more comedy.

That plan seems like it would work out for everyone but the comics performing for the cruise ship audiences. 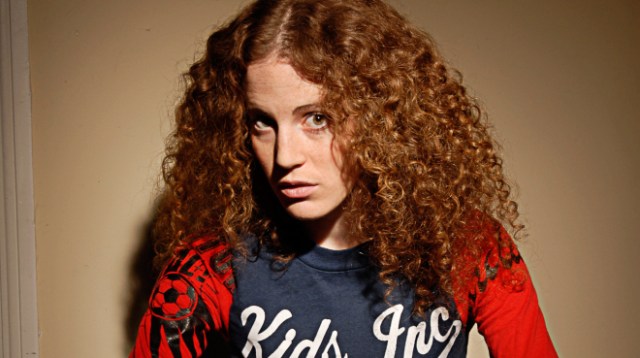 Morgan Murphy is also performing on the Boat Party. You can watch her latest special Irish Goodbye on Netflix. When I asked her about the cruise she said,

I’m excited. I love boats… I think. Everything’s more exciting on a boat.

As for the connotation of the cruise ship comedian, Murphy told me,

I don’t know what kind of comedian I am, but I don’t think I’m what people would normally consider a boat comedian. I think this is going to change things. I think I’m going to do only do boat comedy from now on after this. My reputation is going to spread as being one of the great boat comics.

She also told me she’s really looking forward to the cruise just for the sake of taking a cruise.

I’ve never been on a cruise as an adult, and it’s kind of secretly been a dream, but I could never get anyone to go with me. I think it will be more fun to hear about comedians who aren’t happy on the boat. I feel like the comedians who don’t like cruises will be the greatest ones to listen to. I hope everybody has a great time, like the comedians, but I also secretly hope one person is miserable just to hear about it. As long as it’s not me.

She wouldn’t give me any guesses as to who that person might be, but when I told her that I had already spoken to Braunger and Kinane about the trip, she said she expects Kinane is going to have either the best or worst time out of everybody. After talking to him, I’d bet he’s going to have a great time.

Murphy also seemed to think everyone else is going to have a better time because of Braunger and Kinane being on the boat. I asked if she had anything to say to anyone on the fence about booking a berth for Boat Party this year, and she told me,

And let’s not forget the ice cream.

If you’re interested in The Atlantic Ocean Comedy and Music Festival you can get more information on their perfectly-named website, BoatParty.biz. The cruise runs from July 25th-28th and it really seems like the ideal vacation for comedy nerds—especially ones who want to see Kyle Kinane and Matt Braunger in bathing suits.

Besides the comedians I spoke to, the lineup includes W. Kamau Bell, Moshe Kasher, Karen Kilgariff, Natasha Leggero, and more. The music portion of the festival is hosted by John Roderick of The Long Winters and will feature LAKE, Jean Grae, and Antibalas.