Nothing to see here. We're all fine. 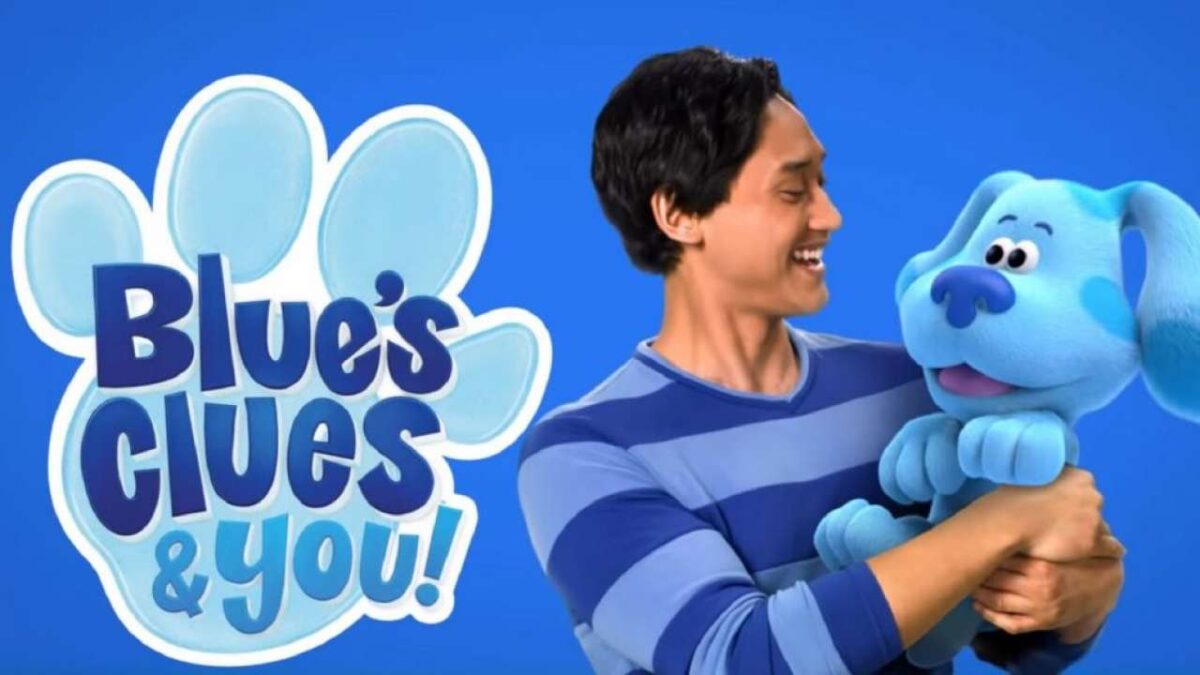 I didn’t realize I had so many repressed feelings about Blue’s Clues until I started looking up information for this piece and found myself recounting plot points and moments from my childhood (especially when Steve left the show to “go to college” and Joey came in). It was a dark time for 10-(nearly 11)-year-old me, watching as my childhood host Steve left the show.

I then aged out of Blue’s Clues, which I probably should have long before, but listen, I think I maybe had a crush on Steve (Steve Burns), and then Joe (Donovan Patton). But this is all beside the point. The point is that Blue’s Clues stopped airing in 2006, and Patton was going through personal issues and left in 2002. (Why is Joe named Joe and not Donovan? I have questions.)

Now though, an entirely new generation of kids gets to know the joy of Magenta, Paprika, Mailbox, and the rest of the crew with the recently rebooted iteration, Blue’s Clues & You! (I don’t know if those characters are in this version, and if they’re not, I will force my soon-to-be-niece to watch old-school Blue’s Clues because Magenta is the GOAT.)

All this being said, right now, we’re not at all concerned with the actual content of the show. Many on Twitter have discovered that the new 29-year-old host, Josh Dela Cruz, is hot. Yes, that’s right, people are literally thirsting after the host of Blue’s Clues & You! on Twitter. I did not have this on my 2020 bingo card, and I’m a little mad about it. (Listen, he beat out John Cena for this job.)

Sharing their love of the classic (as well as their love of Josh Dela Cruz), the internet decided that today was all Blue’s Clues.

For a second i got upset at that new guy not being Steve on blues clues but then i remembered that’s bitch ass boomer energy. Let the kids live

ITT: WE STAN BLUES CLUES IN EVERY FORM IT TAKES 💯 pic.twitter.com/M2R21lxDdQ

Blues Clues? Haven’t heard that name in a while pic.twitter.com/5vEKGB5TUw

Some were mad that the new show is modern because … well … it’s 2020 and I guess people still think that we should not be using technology?

Blues Clues is actually part of the master plan to try to kill the postal service https://t.co/ilBi9a0CNG

Am I a little mad that my sister-in-law now has a reason to watch Blue’s Clues? Yeah, kind of! But I’m more excited that kids will get to experience the fun journey of figuring out Blue’s clues now! (Is Blue’s Clues why many in my generation are obsessed with true crime? Did I crack the code? Is this all because of a cartoon dog? Okay now I have MORE QUESTIONS.)