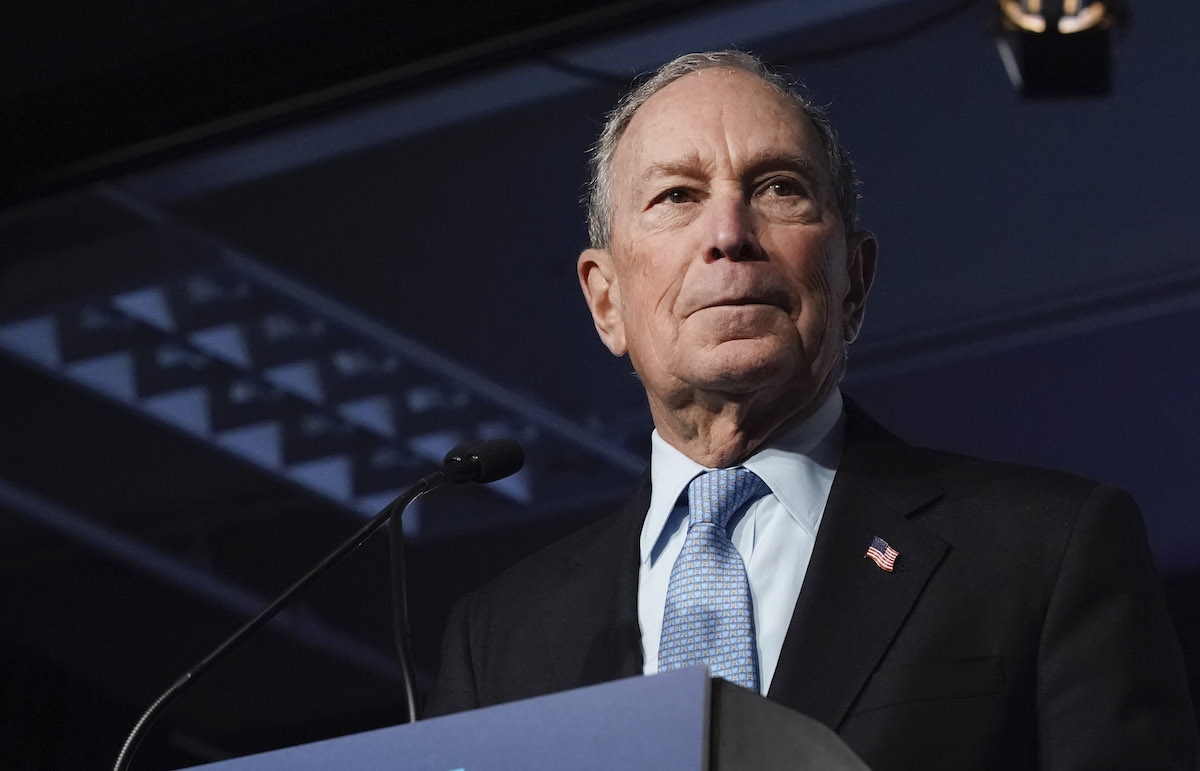 Mike Bloomberg–the man famous for his defense of stop-and-frisk policies, harassment lawsuits, and attempting to buy himself a presidency–used incarcerated people to make phone calls encouraging you to vote for him.

According to a report from The Intercept published in December of 2019, Bloomberg’s campaign used a third-party vendor to contract a call center company called ProCom. And at least one of those centers making calls for Bloomberg was operated out of a women’s prison in Oklahoma.

The Intercept’s John Washington wrote that “people incarcerated at the Dr. Eddie Warrior Correctional Center, a minimum-security women’s prison with a capacity of more than 900, were making calls to California on behalf of Bloomberg. The people were required to end their calls by disclosing that the calls were paid for by the Bloomberg campaign. They did not disclose, however, that they were calling from behind bars.”

Bloomberg’s campaign has confirmed its use of prison labor but said they weren’t aware of the practice and that they would stop immediately. Still, there were still some shady contradictions. Like the fact that the Department of Corrections’ website has the maximum income for inmates listed as $20 per month (or $27.09 per month depending on which document you look at), but ProCom says their employees make much more than that. “Some of them are making that much every day,” said a rep. Wow, a whole $20 a day. That’s almost as much as Bloomberg pays for one hour of canvassing–the kind of work other candidates have volunteers to do because those candidates actually have grassroot support.

bloomberg has to use prison labor for campaign calls, pay instagram stars to make memes of him, pay people on twitter to defend him and he’s currently paying people to canvass for him (at 18/hr, mind you). the man has no genuine grassroots support. Sad!

Yup, $20 a day (or a month if you believe the DoC website) to tout the electability of a man who wants their nearly-free labor but not their vote. Because like most of the other Democratic candidates, Bloomberg doesn’t believe prison inmates should be able to vote. But at least those other candidates aren’t exploiting what is essentially slave labor to give the appearance of actual support.

Bloomberg also has the gall to talk about America’s mass incarceration problem, as if he didn’t help get us here.

You have the utmost NERVE to be speaking about mass incarceration, when you have historically been a direct part of the problem. https://t.co/JbkQydSTQZ

Mike Bloomberg has spent over $450m in ads.

One thing’s for sure: America deserves a hell of a lot better than Mike Bloomberg.