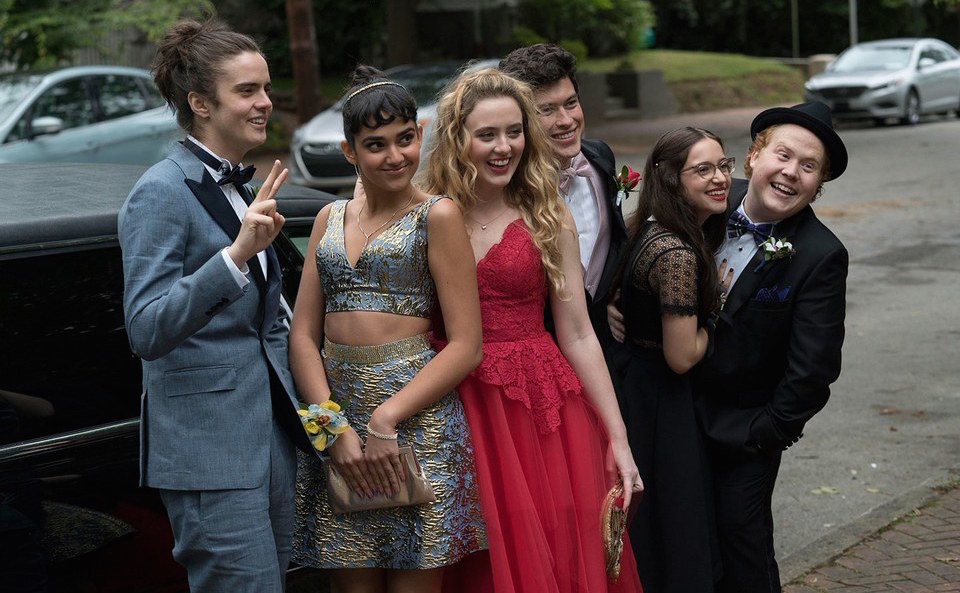 Earlier this year, I put together a list of some female-led movies I was excited about. Scrolling through trailers and press releases, it was the first time I’d heard of Blockers, and it was immediately obvious that it wasn’t going on my list. While I was drawn to the idea of a feature film directorial debut of writer/producer/now director Kay Cannon (Pitch Perfect, 30 Rock), the synopsis was off-putting.

Blockers is about three teenage girls who make a “sex pact” to lose their virginities on prom night. When their parents discover their pact, they set out to stop their daughters from the perceived tragedy that is young women having sex. I figured that at best, we’d get two hours of sex-shaming bullshit with a bow at the end where the parents learned their lessons. Likely, we’d still be expected to feel sympathetic to their motives and innately understand why they felt their daughters were ruining themselves.

As it turns out, Blockers takes the well-trodden teen sex comedy plotline and completely turns it on its head. The movie is not just sex-positive rather than sex-shaming, but it’s infinitely more nuanced, with richer, smarter, healthier characters than the genre normally gets.

Julie (Kathryn Newton) is best friends with her single mother, Lisa (Leslie Mann), and looking to have sex with her boyfriend of six months, Austin. She loves him, she feels she’s ready, and she also just kind of wants to meet that milestone before college.

Kayla (Geraldine Viswanathan, hands down the standout star in an already stellar cast) is confident and athletic, and decides on somewhat of a whim that she wants to sleep with her cute lab partner after prom. She’s close with her stay-at-home dad Mitchell (John Cena), who, of all the parents, has the most clear-cut preserve-girls’-chastity-at-all-costs dramatic freakout. (He is balanced and frequently shamed for that stance by his workaholic yet entirely sex-positive wife, played by Sarayu Blue.)

Sam (Gideon Adlon) is super geeky and likely hasn’t even kissed her fedora-loving boyfriend Chad (Jimmy Bellinger), due to her secret, intense crush on fellow geek girl Angelica (Ramona Young). Her long-absent father Hunter (Ike Barinholtz) shows up to send her off to prom and ends up going along with the other parents, despite being totally accepting of her daughter’s sexuality. (And yes, I was also surprised that Ike Barinholtz was cast as the voice of reason.)

The film is widely being compared to American Pie and Superbad, but only the basic framework is at all comparable. Mostly because the girls in this movie are fully embraced as girls, not a gender-swapped version of what we’ve seen before. Each has a relationship to sex (and to their parents) that’s personal and nuanced. It’s not that Blockers revolutionizes its genre. (Some some jarringly crude physical bits, some bad CGI vomit really drive that point home.) What makes it special is how few comedies, especially teen sex comedies, allow their female characters to be so fully developed, and to have relationships with their own sexuality, free of shame and stigma.

This is in no way a movie that only girls and women will relate to, but it is clear from start to finish that a woman was behind the camera.

Ultimately, the strength of the film is its deeply developed characters, inhabited fully by a spectacular comedic cast, and the movie’s refusal to judge the morality of their choices. The parents judge the girls, sure, but we’re not meant to, and no one’s choices are as black and white as you’d expect. Maybe you’re hoping Sam doesn’t sleep with Chad, or you think Kayla can do better. Maybe you can even kind of see where Lisa is coming from, worrying that Julie’s judgment will become clouded after she has sex and derail her plans for college. Maybe you feel none of these things. None of our feelings about the characters and their motives are strictly prescribed, and for a comedy about teenage girls having sex, that is sort of revolutionary.