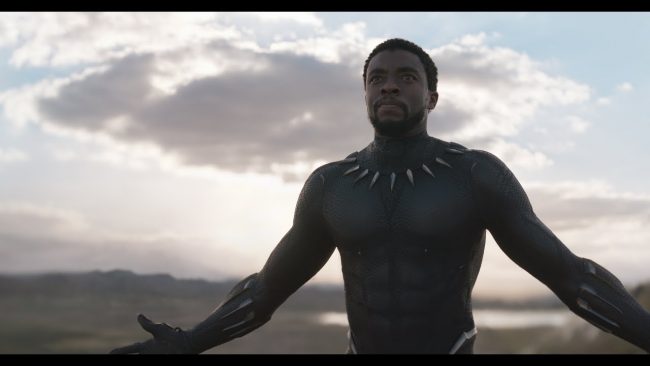 We’re heading into awards season, and already, people are dropping hot takes left and right about what should or shouldn’t be nominated for major awards. This year, there’s the potential for the Oscars’ blockbuster-phobia to be broken, with potential nominees such as Black Panther and Mary Poppins Returns.

Still, people are already talking about their displeasure at these potential nominations. When director Scott Derrickson took to Twitter to talk about how lesser-known directors can shine during awards season, he also retweeted this response to his comment.

All due respect to Derrickson, but I strongly disagree on this point. Blockbuster and superhero films are not inherently less than arthouse films, and just because a movie made a lot of money does not mean that it does not deserve to win an Oscar. Studies have shown that the top grossing film of the year rarely takes home the top prize (Titanic and Return of the King are two notable exceptions), but most studies only go back to 1970s or 1980s; for example, 1940 saw Rebecca take home the top prize and the box office crown.

A New York Times study states: “The Academy Award has always been, since the early days, Hollywood’s way of helping itself in promoting films. The value of an Oscar to a medium or small film can be great, whereas to a large film, it can be insignificant.” This quote is courtesy of Jonathan Kuntz, a historian and teacher at UCLA. The article also says that films are judged on their originality, technical achievement, artistic value, and cultural importance.

And yet, if we consider those qualities, why aren’t more cultural touchstones nominated for Best Picture? By those four standards, 1977 should have seen Best Picture go to Star Wars, rather than Annie Hall. Recent winners should have been other more memorable films, instead of forgettable projects such as The Artist. This is not to say that the biggest cultural moment of the cinematic year is automatically a Best Picture guarantee—Avatar did not deserve anything, and I’m glad it lost—but we shouldn’t consider the critically acclaimed blockbusters to be lesser than indie films.

I’m thrilled when lesser-known films wind up getting major attention, especially when they’re films not made by cishet white men, but too often, the lesser-known films are made by the same demographic as the big blockbusters, and directors from marginalized communities are left behind. I’m not going to pretend as if the majority of Oscar bait films aren’t made by white men. The King’s Speech was basically tailor-made to win Best Picture.

There is excellence in a wide variety of films. Instead of just honoring the ones we deem to be appropriately Oscar-y enough, we should actually take a serious look at what films and performances demand recognition. The Academy isn’t a pitch meeting to sell a film, but rather, to celebrate excellence in all corners of the film industry. If that means honoring genre films outside of the technical awards, then maybe we should look at these films instead of saying, “Oh they’re great … for that type of movie.”

The Academy Awards can be a great way of promoting under-viewed gems, but we also have to consider their merit across the board. I’m tired of only framing the conversation around smaller indies when films of all box office returns and genres are fantastic. We need to reframe the Oscar conversation, and by inviting all films, and all kinds of creatives, to the table, the awards become less exclusionary and more of an actual celebration of the cinematic arts.