Blizzard Got “Vibe Checked” by Congress Over Hong Kong 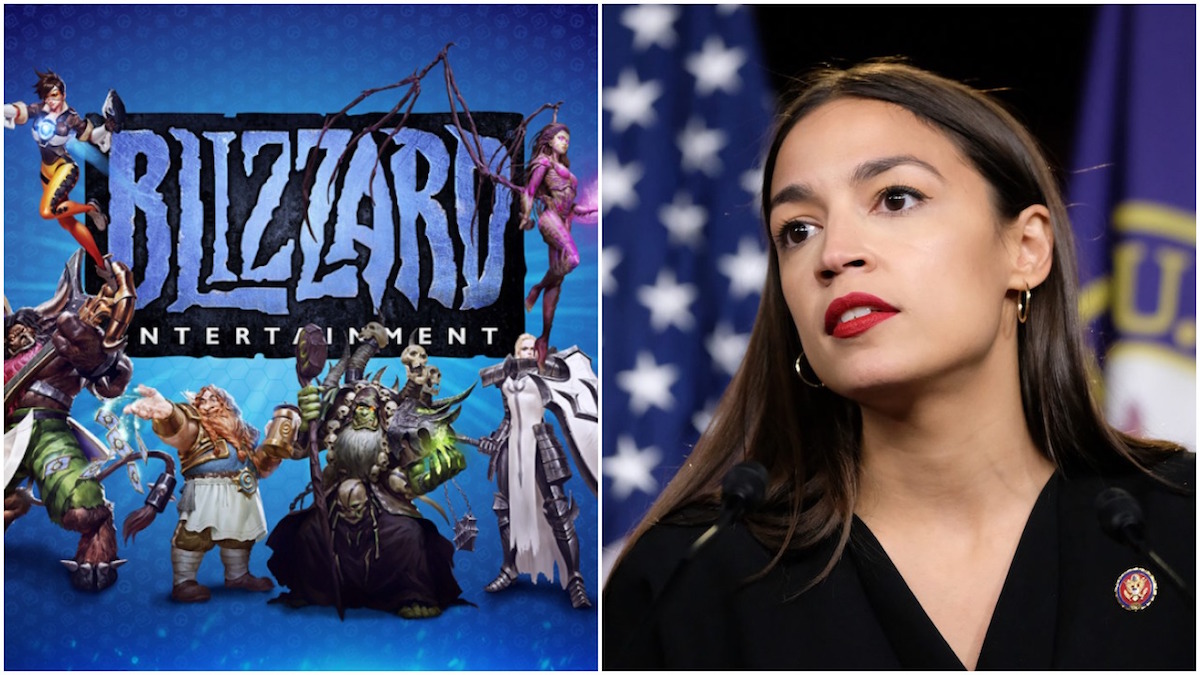 In a rare show of bipartisan action, Democrats and Republicans in the U.S. House and Senate united to send a strong rebuke to Activision Blizzard Entertainment. The video game giant has been roundly criticized for what many see as a censorial approach to the ongoing protests and crisis situation in Hong Kong.

They begin by highlighting their concern over Blizzard’s treatment of Ng Wai Chung, the Hearthstone pro player who was made to forfeit tournament prize money and banned from Blizzard tournaments for a year after his public support of the Hong Kong protest movement. Blizzard’s move, and subsequent silence for a week, caused an uproar amongst gamers and reverberated worldwide.

The members of Congress from the get-go suggest that Blizzard’s choices were tied to their business interests in China. Their letter reads:

We write to express our deep concern about Activision Blizzard’s decision to make player Ng Wai Chung forfeit prize money and ban him from participating in tournaments for a year after he voiced support for pro-democracy protests in Hong Kong. This decision is particularly concerning in light of the Chinese government’s growing appetite for pressuring American businesses to help stifle free speech.

Activision Blizzard benefits from China’s growing market for e-sports, along with an investment from Tencent, one of China’s largest technology firms. As you and your company are no doubt aware, the Chinese government uses the size and strength of its economy to suppress opinions with which it disagrees.

Your company claims to stand by “one’s right to express individual thoughts and opinions,” yet many of your own employees believe that Activision Blizzard’s decision to punish Mr. Chung runs counter to those values. Because your company is such a pillar of the gaming industry, your disappointing decision could have a chilling effect on gamers who seek to use their platform to promote human rights and basic freedoms. Indeed, many gamers around the world have taken notice of your company’s actions, understandably calling for boycotts of Activision Blizzard gaming sites.

The Wyden/Rubio/Ocasio-Cortez/Malinowksi/Gallagher missive ends with a blistering call-out of Blizzard in no uncertain terms:

As China amplifies its campaign of intimidation, you and your company must decide whether to look beyond the bottom line and promote American values-like freedom of speech and thought-or to give in to Beijing’s demands in order to preserve market access. We urge you in the strongest terms to reconsider your decision with respect to Mr. Chung. You have the opportunity to reverse course. We urge you to take it.

I first saw this go by in memefied form, a sign of how closely plugged-in Internet communities are tracking Blizzard’s activity. “CONGRESS JUST VIBECHECKED BLIZZARD,” wrote Tumblr user yourfavisawarcriminal when they posted the letter to the social blogging site. The post took off; support for Hong Kong’s pro-democracy movement and the protestors involved is largely universal across disparate online community lines, just as it brought together unlikely allies in Congress.

Other users on Tumblr added to the original post, having fun with imagining Ocasio-Cortez and Rubio battling together for once, but also underscoring how serious the issue is. That such prominent, often polarized lawmakers are unabashedly excoriating Blizzard together demonstrates how poorly the company has been performing on an international stage.

Oli Welsh, the editor over at Eurogamer, has an incisive piece about the “impossible choice” that Blizzard faces, concluding:

Battening down the hatches and riding it out is not going to work; this isn’t Diablo Immortal. It’s not about the account cancellations, which could never hope to tip the scales of risk when there’s a nation of 1.4 billion people on the other side. But it is about a battle for Blizzard’s values, its identity, its soul. It will lose talent over this. It will lose loyalty. It will lose respect. More incidents like this will inevitably follow and Blizzard will, by increments, become a smaller company, a meaner one, a company that has lost touch with its sense of purpose. Eventually, the games will suffer. They will be less good, and players will desert them not for some ideological cause, but because they won’t be as much fun any more. The magic will have gone.

This is a situation that, as Welsh points out, will no doubt continue to unravel over many incremental incidents and even years for Blizzard, and there may not be easy answers or fixes. But we can take some heart in the knowledge that, at the moment, prominent names in the U.S. government are aware of what’s happening, and they have transcended partisanship to repudiate Blizzard’s moves thus far. The whole world is watching.