Review: The Beauty and Brilliance of Springsteen Shines in Blinded by the Light

4 out of 5 Tenth Avenue freeze outs. 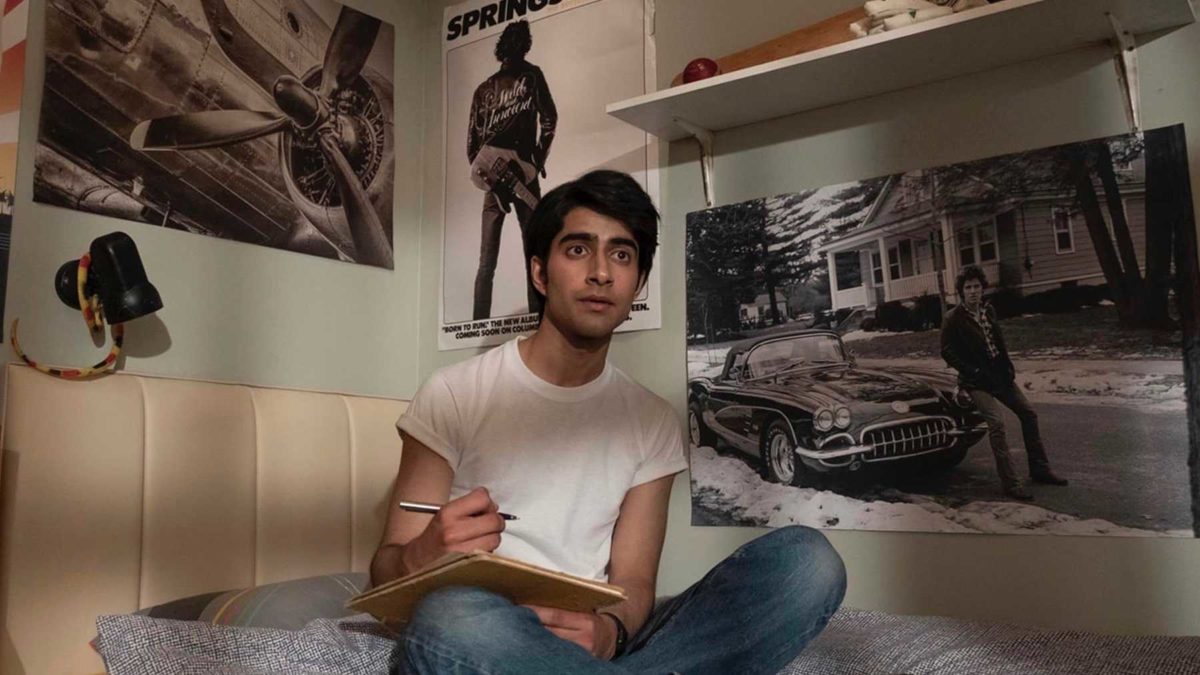 If you weren’t a fan of the Boss before (a mistake on your part), Blinded by the Light will show you the world through the eyes of one of his biggest fans, Javed Khan. Viveik Kalra brings now-famous writer Sarfraz Manzoor to life as a teen growing up in Luton, England, displaying his discovery of Bruce Springsteen and his music during civil unrest there. The Khan family is constantly faced with racism, and a lack of funds or the ability to make money in any way because of the hatred of families from Pakistan in their hometown. And now, the movie is certified fresh on Rotten Tomatoes!

When Javed Khan, who tries to write song lyrics for his friend Matt (Dean-Charles Chapman) with political messages, discovers the music of the Boss because of his school friend Roops (Aaron Phagura), he feels as if the songs are speaking directly to him. Lost in the desires of his father versus his own wishes to be a writer, Javed has to finally take a stand and take on his own dreams, and figure out paying the price later (which is what Springsteen sings to him).

A movie set around the joy that Springsteen music can bring, Blinded by the Light shows us exactly how powerful the lyrics of a song can be. The first time that Javed listens to Bruce Springsteen, he hears “Dancing In The Dark,” thrown out into a storm and angry with the situation that he’s in with his family. As the song transitions into “The Promised Land,” the idea of Javed not being a boy anymore, but being a man, hits him in a way that he takes everything about the music of the Boss to heart.

Throughout the movie, Javed’s parents are aware of his new obsession with Springsteen, never giving into it and not listening to the music, but as Javed gets further and further into his love, he writes about Springsteen’s idea of the American dream and how it relates to a kid in Luton.

Amidst the hilarity over Roops and Javed loving Springsteen while all their over classmates are “over him” or commenting about how the Boss is something their dads listen to, the movie has moments of terror that remind us all of the situations these kids were finding themselves in. Torn between their Pakistani roots and their connections to their British heritage, Javed realizes that Springsteen’s music hit him because he felt like he didn’t have a voice.

So, he lets his voice be heard, and in doing so, gets to go to New Jersey for a contest and gets to see the home of the Boss. But it’s more important that he stands up against his father, going against his wishes, and when he returns, his family is there to support him and his love of writing, especially when he decides to go to Manchester for University to keep studying English.

The movie does have its moments of a typical “oh look this person is here just to help Javed,” mainly with Ms. Clay (Hayley Atwell), but even then, she is there for Javed because she wants her children to succeed and understands the civil unrest in Luton and wants to help, just as Javed’s girlfriend Eliza (Nell Williams) does. Even when Javed’s father gets punched in the face by British White Nationalists, they’re there to support Javed, his family, and the thousands of Pakistani families living in England.

Overall, I think that Blinded by the Light is going to hit home for so many of us, even being set in the late ’80s, and it truly shows the power of music and how it can uplift us.

As a personal note, this movie is the first time I truly understood my brother’s love of Springsteen. I was nine when I went to my first Bruce Springsteen concert because my brother loved him so much. I don’t have a memory of that moment of hearing the Boss for the first time because he’s always been there, blasting from whatever my brother was listening to, and still, to this day, he’s one of the few artists he’ll listen to nonstop.

But watching Blinded by the Light, I understood him—that moment of appreciation for what the Boss was saying, what he went through. It all made so much sense to me.

Do I think you’ll like Blinded by the Light if you don’t care about Bruce Springsteen? Yes, because you probably have that one thing that changed your life for the better, and that’s what Springsteen did for the real Sarfraz Manzoor, and throughout the movie, we’re just reminded of listening to ourselves and following our own hearts.

Blinded By The LightBruce Springsteen