Blake Shelton: Sexiest Man Alive 2017—That’s Gonna Be a No For Me, Y’all 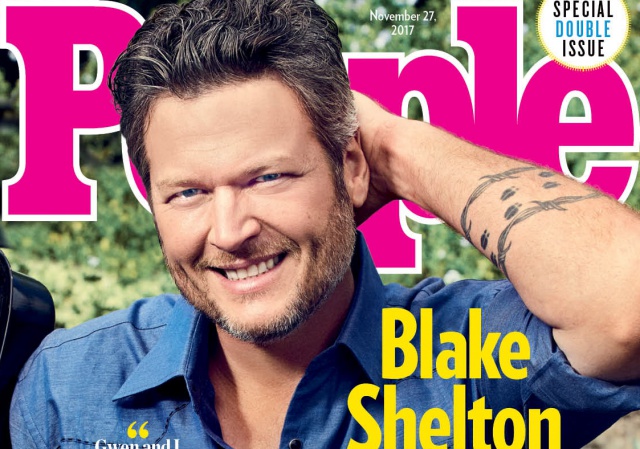 People Magazine has crowned their choice for “Sexiest Man of the Year,” and it is … Blake Shelton. At first, when I heard the rumors that Shelton was going to be picked, I assumed it was a joke. I mean, he is certainly a man, and a type of man who is seen as sexy, but THE sexiest man in Hollywood? Out of all the possible men? Naw.

The internet has made its displeasure quite clear.

Of course Blake Shelton is People’s Sexiest Man Alive, 2017 is the year that mediocre white men were given titles they don’t deserve.

“How was your date?”

“It was good. He was, like, Blake Shelton hot.”

Blake Shelton is, at best, the sexiest divorced dad at this barbecue

Obviously Idris Elba won the popular vote for Sexiest Man Alive while Blake Shelton squeezed in on the electoral college. It’s the election all over again.

Literally all of us: pic.twitter.com/BnMtUgcAUC

Never mind that Shelton has also tweeted vile homophobic and racist comments, and, as The Daily Beast reminded us, is a Trump supporter to boot. He told Billboard: “A lot of people are pulling for [Trump], no matter how much Hollywood fights it. I see people who don’t like him go and beat up people that do like him. You tell me, who’s crazy here? … I probably wish there was another option, but there’s not.” Yeah …

Plus, gotta love a man who can make such profoundly homophobic statements like the ones gathered below:

#Throwback to some of @BlakeShelton ‘s homophobic tweets poking fun at and insulting gay men. pic.twitter.com/pOPKFscqnH

Someone please grab the …

Who could have been chosen instead? So many. Even among the problematic hotties, there would have been better choices. Here are just a few.

I mean, how many cousins, uncles, brothers, and family friends do you have that are objectively better looking than Blake Shelton? And less homophobic and racist, too?