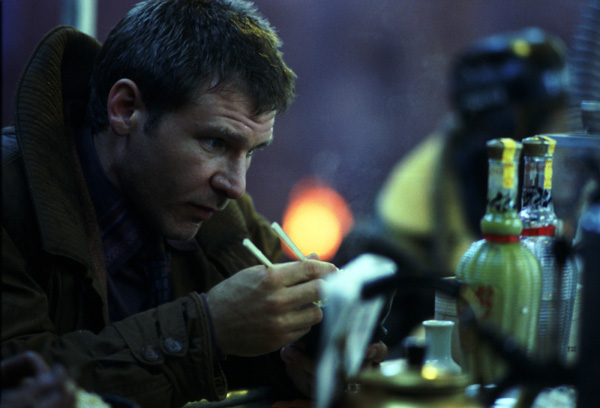 Sicario director Denis Villeneuve said he had a “terror period” when he was asked to direct the Blade Runner follow-up to the original 1982 film, but given that he’s such a fan of the first one we don’t really have anything to worry about. In an interview with Entertainment Weekly, Villeneuve spoke about his first time seeing Blade Runner in his home town of Quebec, Canada: “That note of music; seeing Los Angeles in 2019; that smog; that darkness. It’s really the movie that gave birth to my desire to become a director.”

In the interview, which also reveals some pretty gloomy concept artwork of futuristic Los Angeles, Villeneuve added that meeting with Hampton Fancher, who originally adapted the Philip K. Dick novel into the Blade Runner screenplay, helped assuage his fears. Fancher is helping to write the script for the sequel, which takes place several decades after the original Blade Runner:

The setting is once again a future Los Angeles, albeit one that spreads over much of the West Coast. “The climate has gone berserk – the ocean, the rain, the snow is all toxic,” Villeneuve says. The vehicle pictured in this exclusive concept art from the sequel, Villeneuve says, is a kind of snow blower that hovers over the streets and destroys snow. He laughs. “It’s a Canadian wet dream!”

You can check out another concept art photo over at Entertainment Weekly, as well as learn everything you’d like to know about the Blade Runner sequel. Right now we can expect it’ll be launching in theaters on October 5, 2017.