Blackness in Anime and How It Affects Blerds Online 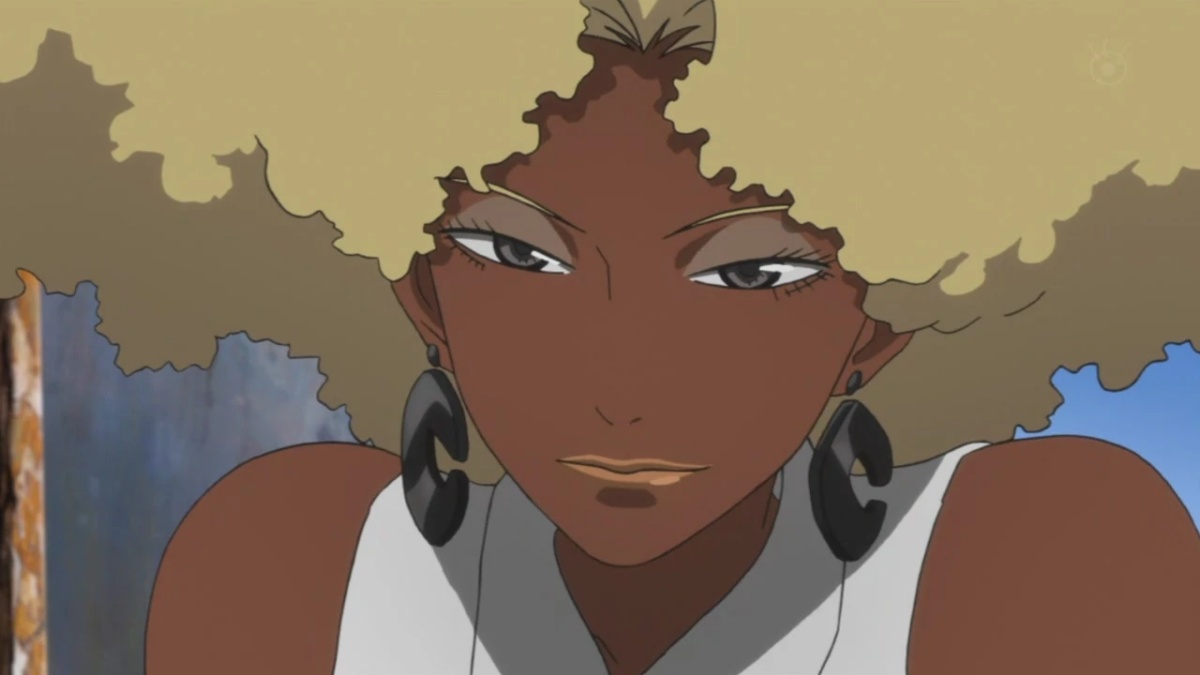 I have been an anime fan for so long it is hard to imagine a time before something like Sailor Moon, DBZ, Pokémon, Slayers, or InuYasha was in my life. Still, as a Black anime fan, there have been some interesting developments at the way Blackness has been depicted and performed in anime over the generations.

Black characters are not new to anime, but their prominence, designs, and types of characters have most certainly changed—overall for the best, but even in recent times, there have been some misfires from those creators who I would like to imagine don’t fully understand the scope of the images they have put together. 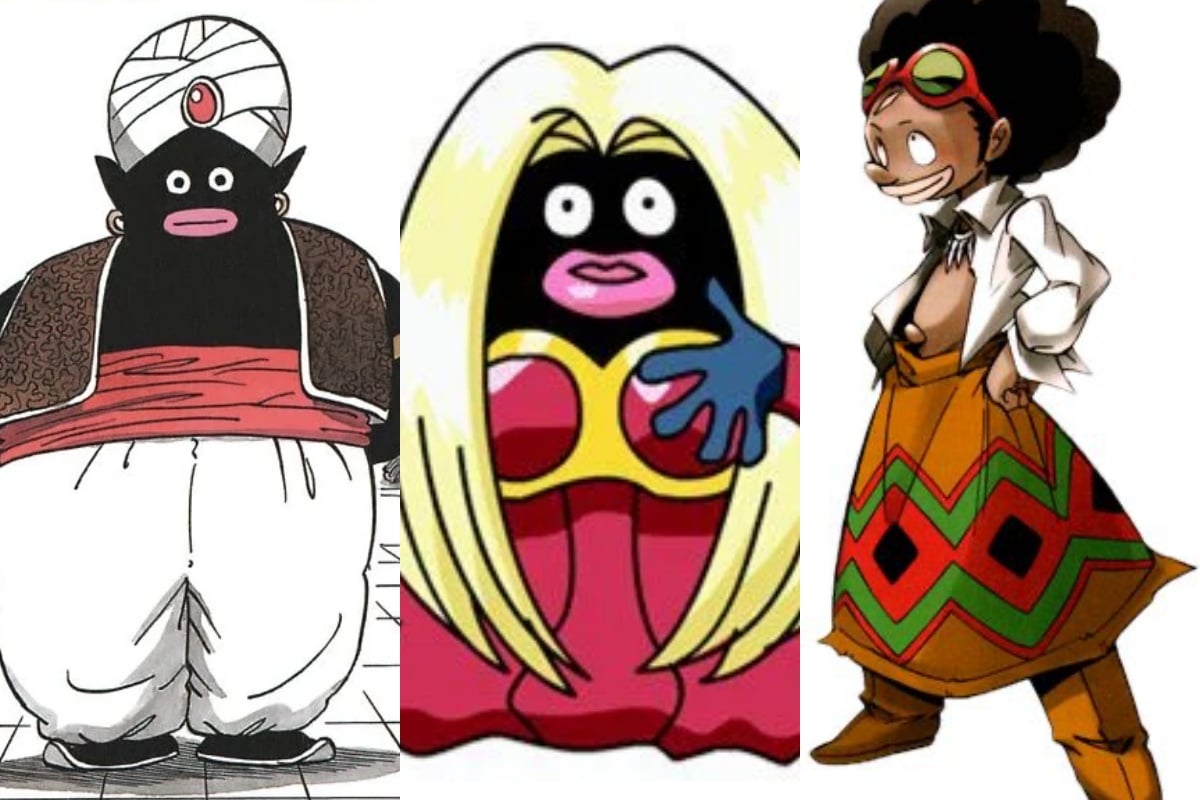 Mr. Popo from Dragon Ball and Jynx from Pokémon haunt my childhood. Don’t imagine that Black children weren’t very quick to pick up on the similarities between the design of those characters and minstrel shows. Mr. Popo takes the form of a short, plump humanoid. His distinguishing features include his markedly dark complexion, red lips, and pointy ears. In many ways and in his costuming, it is likely he is a reference to a genie in Middle Eastern and Arabic mythology. However, it doesn’t read that way to many Black viewers for obvious reasons.

Dragon Ball creator Akira Toriyama has never commented on Mr. Popo’s design, but the anime and recent productions have changed him from a solid black color to blue.

Now, before the trolls come in: none of Popo’s features alone is racist. It is the racist infinity stones all being brought together that makes it a problem.

In addition to Mr. Popo and Jynx, there was also … Chocolove McDonell from Shaman King. Lordt. He is African-American but wears an African tribal wrap around his waist and looks like a racial character from the 1940s. A weird homage to Ebony White from The Spirit comics. His design has been slightly changed in the new upcoming anime, but the design itself is still … garbage. And I say that as someone who likes Shaman King. It just doesn’t work.

One of the most recent examples is Superalloy Blackluster from One Punch Man. Blackluster looked fine in the manga, but the anime gave him Blackface lips and it just … ruined everything. 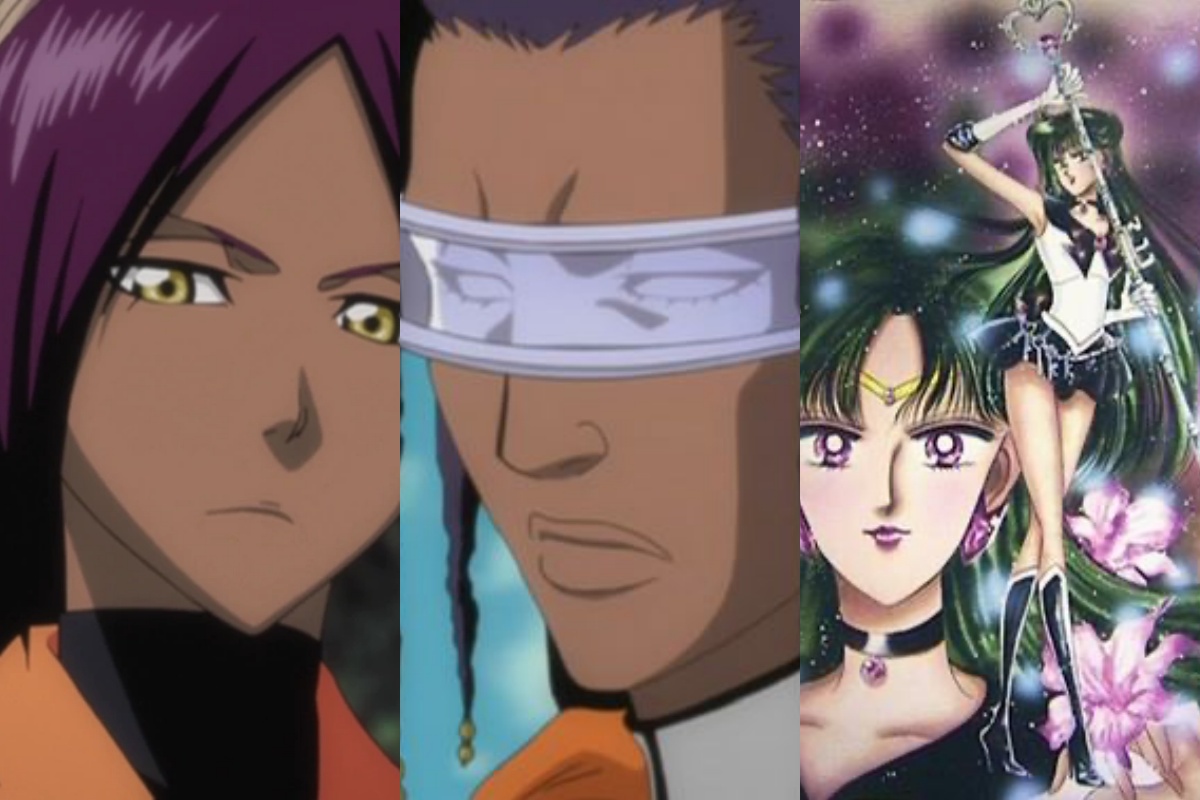 When I was a Bleach fan, I fell in love with the effortlessly cool Yoruichi Shihouin, who made my boy crush (Byakuya Kuchiki) look like a scrub. Not to mention she was this gorgeous Black woman with long purple hair and just flexed on everyone. She had a man and low-key a girlfriend, and then low-key another man. It was great. But of course discourse raged about whether she was really Black.

Of course we were allowed to claim Tōsen because he was boring and that wasn’t a loss to anyone, but with Yoruichi, there were all these “well she could be this” conversations—despite the fact that Tite Kubo already included diversity by having a half-Mexican character, so it wasn’t a reach.

Talking about race in anime always turns into bunch of “well actually they have [insert] hair and [insert] eyes” so they could be any race. Well, then they can be Black, can’t they OktakuBroBestBoi789?

A lot of this comes from anytime a slightly darker skinned character would appear in an anime or manga, they were usually presented in an “other’d” way. Sailor Pluto from Sailor Moon comes to mind, with many people thinking her slightly darker complexion in the comics was an indicator of an alternative ethnicity than Japanese. In actuality, she was just colored that way because creator Naoko Takeuchi thought it made her look more mysterious.

That race-neutral thinking that Western anime fans have adopted made it hard for Black fans to even adopt non-stereotypical browner skinned characters into their personal headcanon. Thankfully, we not only have Black characters in anime, but we have gotten better designs. 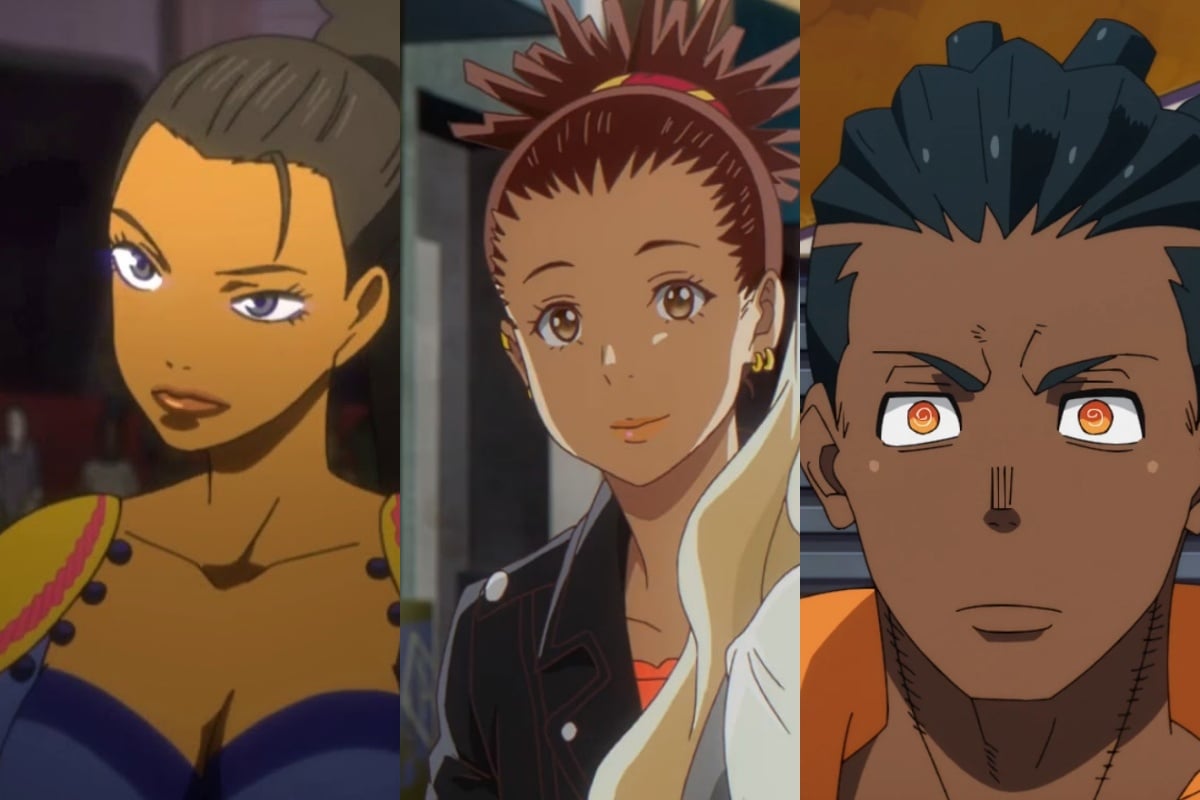 Around 2013, I finally watched Michiko & Hatchin, an anime series produced by studio Manglobe (Samurai Champloo) and directed by Sayo Yamamoto. It told the story of Afro-South American/Japanese woman named Michiko Malandro from the fictional country of Diamandra. She escapes prison and kidnaps/rescues her former boyfriend’s daughter Hana from an abusive family. They take off on journey to find Hana’s father and escape the police.

Not only was the show fun, but there was no confusion about the fact that Diamandra was a multi-racial world (Fun Fact: Brazil has the highest population of Japanese people outside of Japan), and we got the kind of messy rogue protagonist I already adored in a Black woman. Visibly, unambiguously Black.

Mangakas like Atsushi Ōkubo (Soul Eater, Fire Force) have also made the effort to include Black characters in their series. In Soul Eater, there was Kilik Rung, and in Fire Force, we get Ogun Montgomery, who gets to be so Nigerian it makes my heart swell.

This representation is important because there are mixed race Japanese Black people of African ancestry. Right now, Naomi Osaka is one of the most visible Japanese figures and, despite her popularity and talent, has still faced colorist discrimination. Osaka has talked about how her own Japanese grandparents did not initially accept her parents’ relationship.

Her mother, Tamaki, had no contact with her family for nearly 15 years. Her grandparents also didn’t support her tennis ambitions until her defeat of Sam Stosur in her WTA Tour debut. Then it was okay to be proud of their half-Black granddaughter and a match that was once seen as “bringing disgrace on the family.”

Significant Nigerian and Ghanian populations exist in Japan, as well, so this isn’t about diversity just for the sake of it (which is also a good reason in my opinion anyway). It is about shifting these previously dehumanizing depictions of Blackness that existed—in anime and beyond.