There's actually more than one way to be a woman. 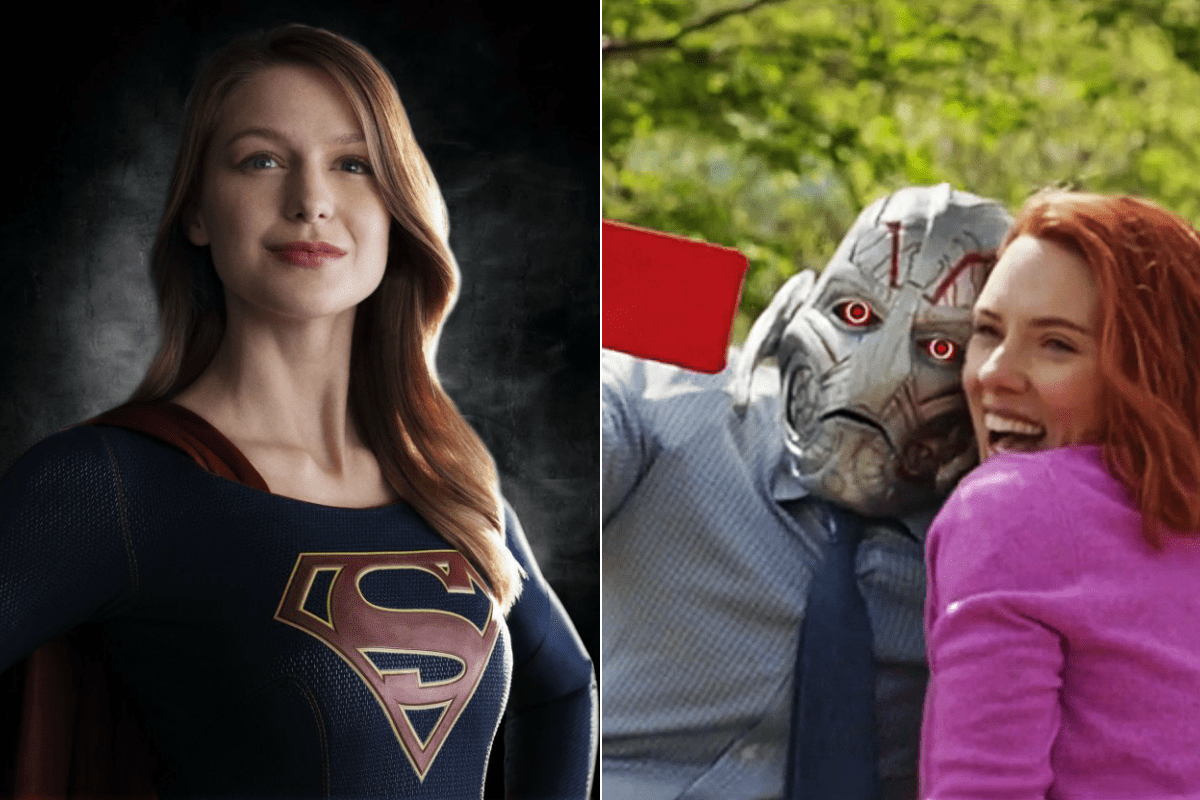 So, we’ve all seen that first Supergirl trailer by now. I love it, and I know a lot of other folks did too. Some didn’t, and that’s absolutely fine, though “don’t read the comments” is, once again, sound advice. Some eagle-eyed viewers happened to notice that the trailer bears a striking resemblance to a recent SNL sketch that decried the possible disaster-zone that would be a solo Black Widow film (if such a film was even a thing to begin with). It’s true, much of the body of what the two contain is similar; the emphasis on the lead character’s femininity, the use of romance to scale their possible relationship arc with surrounding characters, and a general ambiance of pink to drive home the effeminate persuasion. It’s a fair comparison at first glance, or at least it seems to be; but using the Black Widow sketch as a way to decry the contents of the Supergirl is not only a disservice to the show’s potential, it perpetuates a very worrying sentiment.

Part of the fault in this lies with the SNL sketch for being, well, brilliant. The three-and-a-half minute fake trailer hits every target it aims for, both implicitly and explicitly. For fans of the MCU, and especially for those of us who enjoy thinking and discussing about these films in a wider context, the sketch drives home one of the things we’re most afraid of: that being the only major female character in the Avengers, if Black Widow ever got a solo film, it’d be a misguided disaster. Her character would be reduced to a walking stereotype, forced to wallow in what the filmmakers thought was good female representation, losing everything that made her valuable and interesting to the MCU. And depending on who you ask, some of that happened in Avengers: Age of Ultron anyway. But even if you weren’t a fan of Marvel films, the sketch pokes a lot of fun at the tropes that are most commonly associated with romantic comedies and young women centred stories – how they put the emphasis on the female lead’s need for romantic acknowledgement, and that being in a relationship is how one becomes a fully-realized adult.

These two themes work together so well because there’s a lot of baggage to go along with them. Scarlett Johansson’s Black Widow not getting a solo film is a serious sore point for fans of the films, and the continuing disappointments that are announcements not containing even a hint that one is in production is just larger than the fear that if there was one, they might screw it up – because some of the MCU films for their heavy-hitters have sucked, like Iron Man 3. How might it suck? By not handling Natasha Romanov the way she deserves to be handled, which is with reverence for the kind of character she is. She’s a powerful, complicated woman with a dark past who stands alongside the greatest minds and soldiers of her world, a god in-training and several superhumans(?) and doesn’t look nor feel out of place. In fact, she saves their lives and kicks them into action and is just generally a kickass person to have around should you have a villain that needs being dealt with. The average romantic comedy trailer is the perfect analog through which to demonstrate that Natasha Romanov is anything but an average woman, and that a film in which her character is reduced to such tropes would be, frankly, insulting.

Viewing the Supergirl trailer through the lens of this sketch because of their similarity in delivery is easy, but it erases this context, overwriting it with something much more regressive: that being typically “girly” is bad. The Supergirl show, from the trailer, looks like a bouncy, fun superhero show with all the trimmings of being aimed at young women. Melissa Benoist’s Kara Zor-El gets flustered when she meets people she reveres, doesn’t quite know how to deal with a mean boss and isn’t sure if she’s where she wants to be in her professional life. She also needs fashion tips from her big sister, works for a fashion magazine and has to deal with her best friend having a crush on her. None of that is in anyway bad, because that’s the stuff regular 24-year-olds deal with. Natasha and Kara are not the same person, because there are different types of women. The reason typical female representation is so heavily criticized in mainstream entertainment, the kind that permeates romantic comedies and pulp TV shows, is that it comprises most of what is generally perceived as being “for women” and most of what we get out of female-led movies. They’re reductive and portray women as only validated fully when they’ve a man in their life and their only interests are fashion and talking about their love-lives and being near the colors pink and yellow at all times.

This standard is very frustrating, and one that needs to change, and part of doing that is owning it. It’s saying that it’s totally okay to want to write about fashion, to get flustered when you’re around people you admire and to want advice when you’re going out on a date, because it is, and that’s exactly what the Supergirl TV show looks like it’s going to do. Kara is going to prove to any girl or young woman watching that you can be both feminine and kickass, that liking pink isn’t mutally exclusive from saving the world. The trailer’s bubbly and bright and doesn’t take itself too seriously where it doesn’t need to – Kara goes from being frightened by her boss to saving a plane full of people. The show looks like it’ll have as much action as Arrow or The Flash, but it’ll also be unapologetically cheerful when it doesn’t involve Supergirl stopping a truck by simply standing in its way, proving that girls can stop a speeding truck just as well as any man can.

“What do you think is bad about ‘girl?’” Calista Flockhart’s Cat Grant asks Kara. “I’m a girl, and your boss, and powerful, and rich, and hot, and smart. So if you perceive Supergirl as anything less than excellent, isn’t the real problem… you?”

Anthony is a social care-studying, opinion-having writer from the fair isle of Ireland. Usually found as Deputy Editor over at The Arcade, where he spends his time ranting about films among anything else that takes his fancy, he can be contacted via Twitter @AntoMcG, and he is a firm believer in the zombie apocalypse.