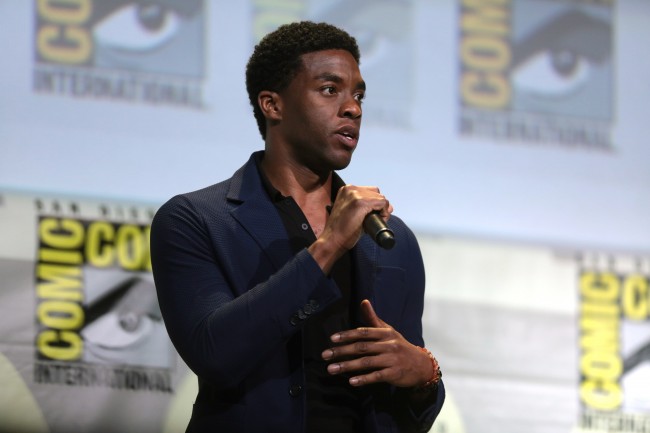 Chadwick Boseman’s portrayal of Black Panther in Captain America: Civil War introduced the character to lots of people who wouldn’t previously have been familiar with his comic book history. Boseman has also begun to do interviews about the Black Panther solo movie, which will further elaborate upon the character’s rich history in the Marvel universe. In a lengthy interview with CBR, Boseman described the experience of introducing many newcomers to Black Panther, and he describes some of the responses that he heard from these new fans.

“A few people have said to me, ‘I thought you were a villain at first.’ They didn’t have the prior history of the character. And they enjoyed that,” he explained. “They thought I was going to end up being a villain. That’s telling to me.”

It is indeed “telling” that someone who had no prior knowledge about Black Panther would hear the character’s name, see what he looks like, learn a little about him from the movie’s trailers and advertising, then assume that he must be the villain of the story. That’s pretty depressing, actually–but at least Boseman feels heartened by the fact that his performance has introduced so many new fans to the character and allowed them to associate the name “Black Panther” with heroism.

Boseman says he was proud to embody a character who, to him, has lot of moral complexity: “he does have a heroic aspect at the heart of a hero; of a leader. You can pull for him, because he’s merciful. And it leaves room also for him to do things that are not necessarily perfect … I feel like it’s a good thing that we were able to create that context where he’s going after things for his own reasons, not necessarily good or bad, but ultimately that you can create something that is universally good — that merciful aspect — I think is a good thing for the character.”

These new fans might also be exploring the new comic book series by Ta-Nehisi Coates and Brian Stelfreeze, thereby learning even more about Black Panther beyond his appearance in Civil War. Boseman and Coates have been friends “for years,” says Boseman, and so he’s thrilled to see the comic book is also bringing this character to the forefront: “I think Coates’ work, whether it be directly or not, it’s already affecting where the film goes, and the film is probably affecting him, as well. I think that’s a great conversation between the two mediums.”

Boseman’s previous reference to Black Panther having a moment of moral complexity comes in the context of a pretty significant Civil War spoiler, during which his character gets to share a scene with the actual villain of the movie, Zemo (played by Daniel Brühl). This scene happens near the very end of the movie, though, so if you’ve seen it and you’d like to hear more of Boseman’s thoughts on it, as well as his thoughts on the upcoming Black Panther movie, check out the full interview!

(via CBR, image via Gage Skidmore/Flickr)