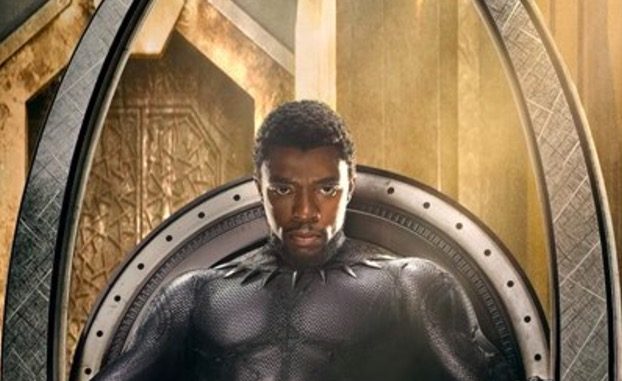 As Deadline writes, “Disney/Marvel’s Black Panther is on its way to breaking another advance ticket sales record, becoming Fandango’s top-selling superhero of all time, outstripping the ticket sales of Warner Bros/DC’s Batman v. Superman: Dawn of Justice (opening B.O. of $166 million).” The film is also “the No. 1 daily ticket seller on Fandango” at the moment, despite the fact that it doesn’t open until February 16, 2018.

Alamo Drafthouse saw similar numbers. Speaking to Heat Vision, the Drafthouse said that “after 18 days on sale, compared with recent comic book movies, Black Panther‘s closest competitor is Guardians of the Galaxy Vol. 2, which sold 72 percent as many tickets as Black Panther during the same period. Wonder Woman, the second closest, had sold 59 percent as many tickets during the same time frame.”

And why are Black Panther viewers snatching up tickets? According to a recent Fandango poll, 97% of them want to see “a different kind of superhero movie,” 95% want to see the movie’s “positive messages,” and 86% are super-excited for the Dora Milaje.

Now, Black Panther doesn’t sound like it’s breaking the all-time records for all films, but it’s already outstripping the other superhero fare. Hopefully this will end the harmful myth that black movies “don’t sell.” As with every Hollywood success, one hopes that Hollywood will learn the right lessons from this one. That black audiences are worth catering to, and black heroes are worth celebrating. That black directors and black behind-the-scenes creatives have the vision to create wonderful worlds that will excite audiences. That white viewers, too, will 100% go see movies about non-white protagonists if you actually put your money and your marketing behind those projects. And most of all, that audiences are so, so ready for diverse, exciting, and new movies.

(Via Deadline and The Hollywood Reporter; image: Marvel Entertainment)