Who Is Black Panther's Villain, Erik Killmonger? | The Mary Sue

A new video explores the history behind the “revenge-driven” villain bent on bringing down T’Challa, and what his new incarnation is up to.

In Ryan Coogler’s upcoming Black Panther (less than a MONTH to go, people!), the fabulously named Killmonger is played by frequent Coogler collaborator Michael B. Jordan (Creed, Fruitvale Station). Jordan’s dipped his toe into superpowers before, playing Johnny Storm a.k.a. the Human Torch in The New Fantastic Four We All Pretend Didn’t Happen, but I can’t wait to see the charismatic Jordan in bad guy mode.

Erik Killmonger has been on the pages of Black Panther comics since 1973. As this GameSpot video neatly explains, the comics Killmonger—born in Wakanda as N’Jadaka—has a long canonical history with both T’Challa and baddie Ulysses Klaw (played by Andy Serkis in the movie). Attacking Wakanda, Klaw forced N’Jadaka’s father to join his mercenaries, and his father was killed; then T’Challa exiled N’Jadaka’s whole family.

The young N’Jadaka, renaming himself Erik, lived in Harlem and later studied at M.I.T., where he earned a Ph.D. in engineering as well as an M.B.A.—all the while harboring a grudge against T’Challa and the Wakandan royal family. 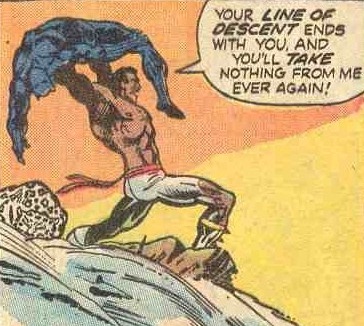 After T’Challa allowed him to be repatriated to Wakanda, the comics Killmonger “became a subversive, with dreams of ridding Wakanda of what he termed ‘white colonialist’ cultural influences and return it entirely to its ancient ways.” He was also bent on avenging his father’s death.

The MCU Killmonger appears to have a somewhat different backstory. According to an official toy description (those damned toys can leak out a lot of info), this is Jordan’s Killmonger when we meet him:

Erik Stevens was an American black-ops soldier who earned the nickname “Killmonger” while in the field. However, after disappearing off the grid, he has reemerged with a plan that threatens to put Black Panther and all of Wakanda at risk. Using his charisma, considerable skills in combat and his surprising knowledge of Wakandan customs, Erik Killmonger is a dangerous threat to all that T’Challa holds dear.

Making “Erik Stevens” a black-ops soldier seems to make sense for cinematic reasons (we imagine he’ll be even harder to catch and combat with that skillset). I’ll be interested to see whether Killmonger’s “surprising knowledge of Wakandan customs” will lead to a reveal of a more comics-oriented backstory for our bad guy, including his tragic familial history. 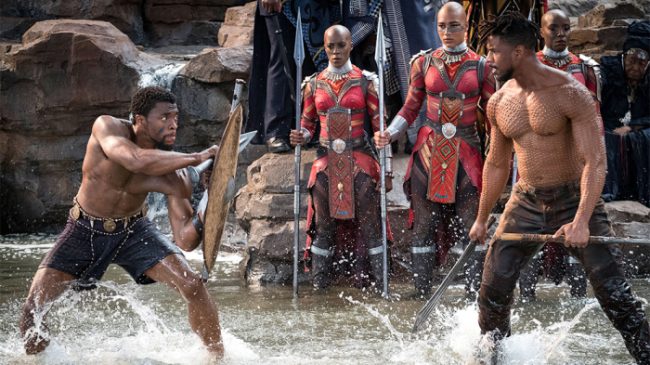 Even the most ardent fans will admit (we often complain the loudest) that the Marvel movies have a big villain problem. With a few exceptions—Loki, Zemo, the brainwashed Winter Soldier, and Vulture spring to mind—MCU villains have tended to be one-dimensional, forgettable, and not worthy of our heroes’ time and energy.

I’m crossing my fingers and toes that Jordan’s Killmonger gets to break this mold. The character’s rich and complicated comics history with T’Challa has the potential to translate into a new and intriguing pathos on-screen, and I trust both Coogler and Jordan to make him compelling.

Whatever else Erik Killmonger becomes, at least we already know that he has made some excellent sartorial choices. 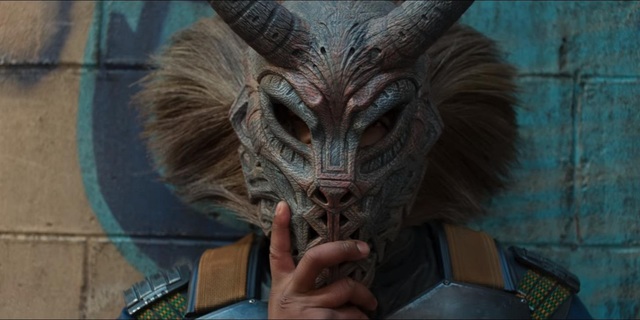 Can’t wait for BLACK PANTHER because Michael B Jordan is playing the most terrifying Marvel villain yet: Your college boyfriend pic.twitter.com/eQDTFRgiBF