Black Monday Is the Funniest Show You’re Not Watching

Fire up that free Showtime trial and get into it. 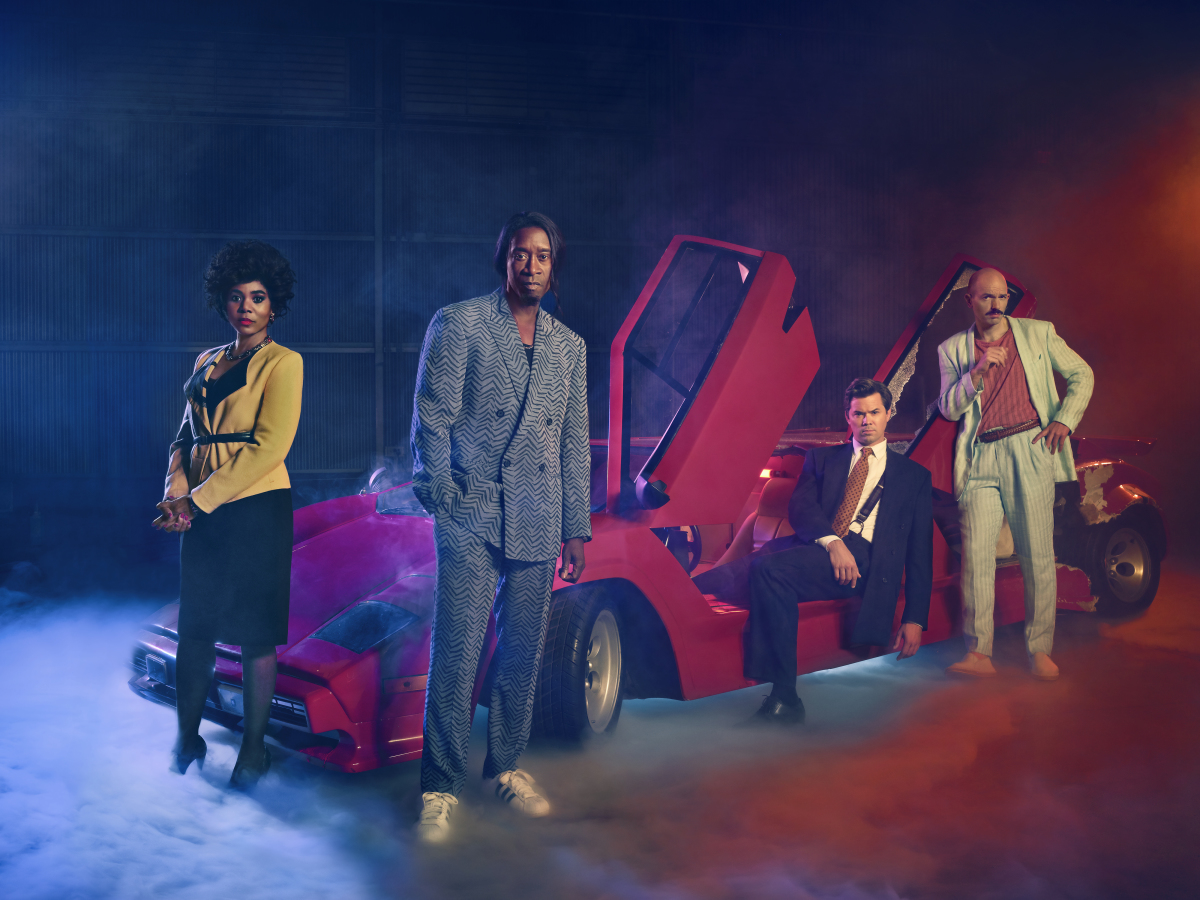 The streaming content boom plus our current quarantine means that there has never been a better time to binge-watch a new series. And while there are dozens of must-watch lists floating around the internet, I’d like to tell you about a little under the radar show called Black Monday.

The Showtime series, which is currently in its second season, follows the adventures of a group of traders who work at the Wall Street firm, The Jammer Group, in 1987. The firm is led by Mo Monroe (Don Cheadle) an uber-confident, fast-talking trader, who works alongside his ex, the no-nonsense and highly capable Dawn (Regina Hall). They run The Jammer Group alongside the neurotic and closeted Keith (Paul Scheer), but everything changes when Blair Pfaff (Andrew Rannells), a naive young trader from the Midwest, joins the firm.

Like many Wall Street-set stories, Black Monday has no shortage of coked-up, braggadocios alpha males. But don’t be fooled: far from celebrating these bros, Black Monday shreds the over-the-top materialism and greed of the 1980s while making incisive jokes that are relevant to today’s political climate.

The show is jam-packed with witty one-liners and visual gags. My favorite might be Don Cheadle’s car, a monstrosity called the Limbo, a Lamborghini/limousine hybrid that boasts the unwieldy size of a limo with the cramped interior of a sports car. It’s the kind of silly yet smart joke that the series excels at, which is no surprise when you realize that the series was co-created by David Caspe, who gave us the cult comedy series Happy Endings.

When ABC canceled Happy Endings after three seasons in 2013, comedy fans were dismayed. On its surface, the sitcom was just another entry in the “wacky friends in the city” genre of television. But Happy Endings quickly took that premise and spun it into a rapid-fire joke machine, thanks to whip-smart writing and a talented ensemble cast.

And while most Wall Street sagas are filled with white bros, Black Monday delivers on diversity, with two Black lead characters and two prominent gay characters. The series finds plenty of humor in the sexism and racism of the time period, but it never punches down. The joke is always on the Wall Street alpha males the series joyfully mocks, like the twin Lehman brothers who are both played by Ken Marino (Wet Hot American Summer).

In addition to its talented core cast, Black Monday features an all-star cast of supporting players, including Horatio Sanz, Yassir Lester, and Casey Wilson. There’s a lot to like about this fresh and funny series, so if you’re looking for quality escapism with rapid-fire wit, I can’t think of a better binge during quarantine.