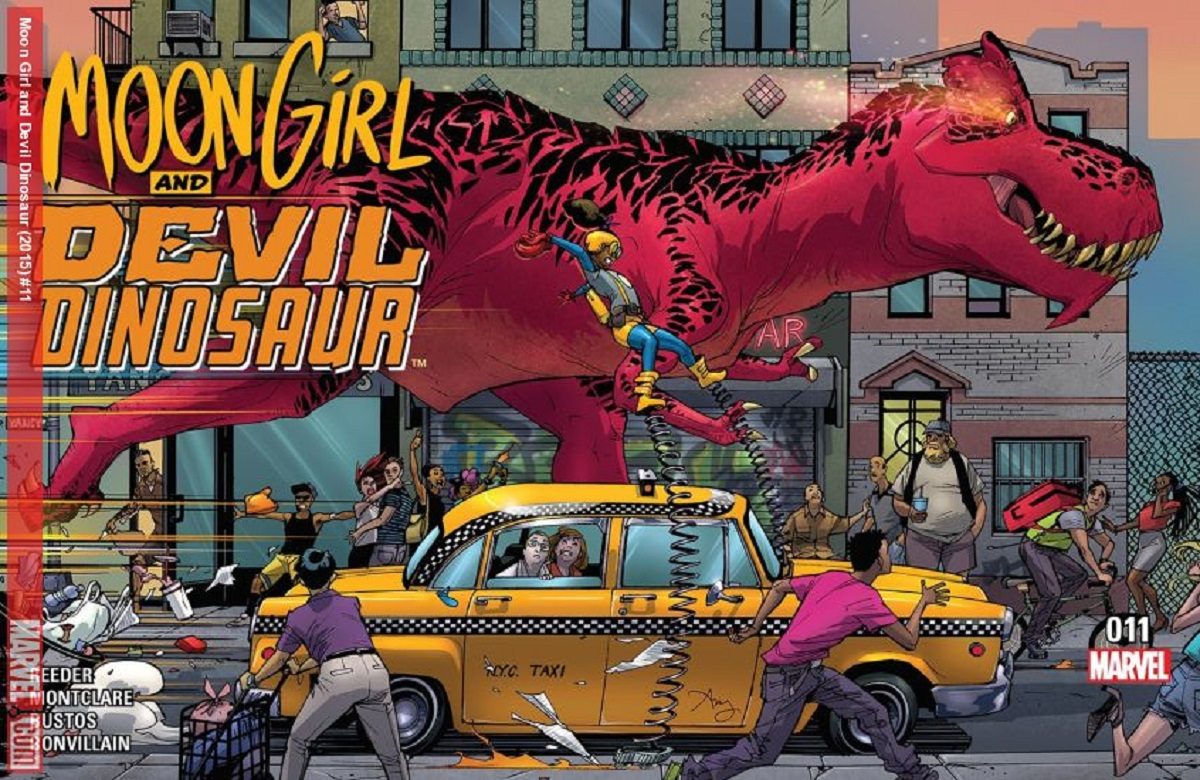 Cover for Moon Girl and Devil Dinosaur #11, by Amy Reeder

Black-ish and Grown-ish executive producers Laurence Fishburne and Helen Sugland, along with Cinema Gypsy Productions and Marvel Animation, are working on an animated series based on the Moon Girl and Devil Dinosaur comic book series. The series is being developed for Disney Channels Worldwide, and it could eventually air on Disney XD, the Disney Channel, or Disney Junior.

Moon Girl and Devil Dinosaur follows Lunella Lafayette, a nine-year-old super-genius who’s the smartest person in the Marvel Universe. Because of her genius, Lunella sometimes struggles with her peers and her boredom at school, but she eventually teams up with a bright red dinosaur to save the day.

Titmouse Animations, who’ve provided animation for series like Big Mouth, Black Dynamite, and Niko and the Sword of Light, will lead visual development and animation production for the series.

Who would you like to see voice Lunella in the series? What are you hoping they’ll include?