Interview: Bitsie Tulloch Fills Us in on Her Lois Lane in the Arrowverse Crossover “Elseworlds” 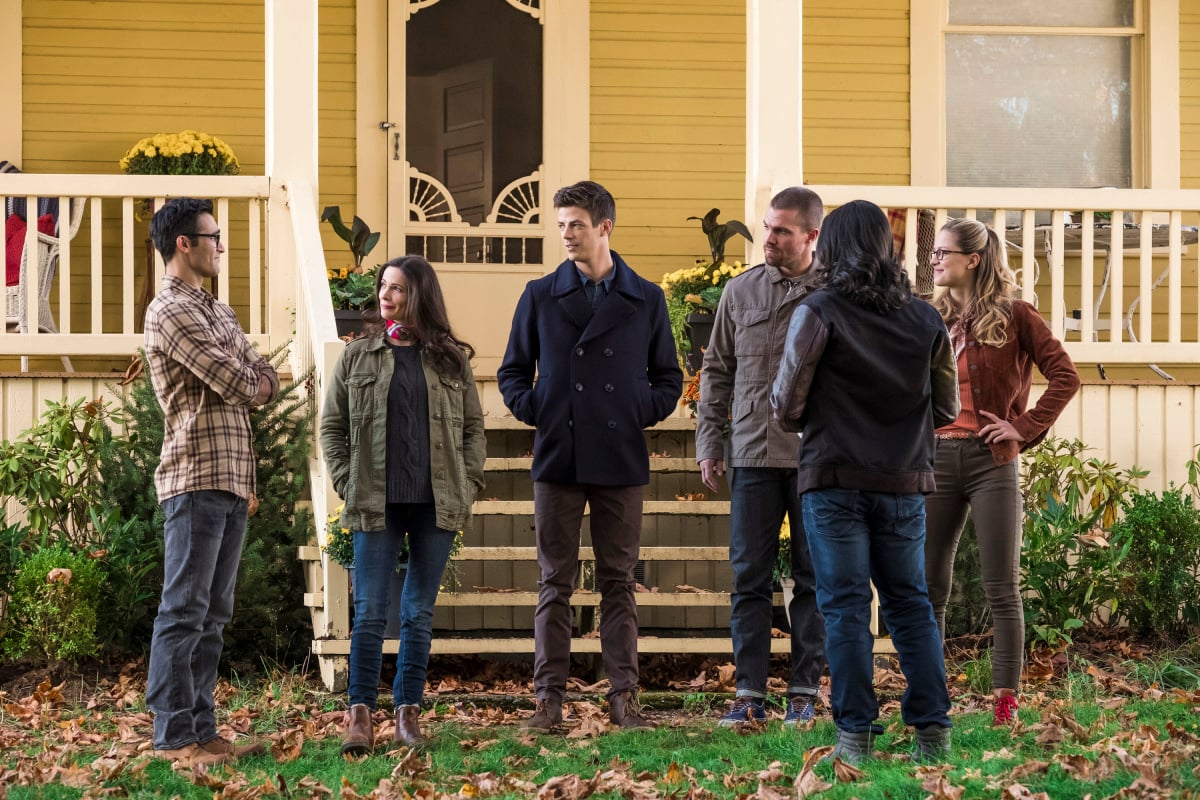 While hopping through different Earths and trying to save reality, Green Arrow, Supergirl, and the Flash aren’t just going to meet Superman and Batwoman; they’ll also get some help from another DC comics icon: Lois Lane. Kara (Melissa Benoist) will bring Oliver (Stephen Amell) and Barry (Grant Gustin) to the safety of the Kent farm in the second hour of the Arrowverse “Elseworlds” crossover event, where they’ll meet up with the Man of Steel and his girl Friday, played by Elizabeth Tulloch (Bitsie to her fans and friends).

Tulloch took some time to chat with The Mary Sue about what it was like stepping into this iconic part and the adventure that was the filming of “Elseworlds.”

“More than anything, I just feel honored,” Tulloch said of playing Lois. “I definitely felt … a certain responsibility to the fans, because it’s such an iconic character and it has been for 80 years.” Lois Lane isn’t just the model for superhero better halves; she’s an amazing character on her own, and Tulloch loved that she always has been.

“She just was so different,” Tulloch said of Lois in her 1938 debut alongside Superman. “Back in the ’30s and ’40s, a lot of the portrayals of women … leaned toward Susie Homemakers at home, who kind of were a little demure and deferred to the man all the time, and then you have Lois, who is this determined journalist, newspaper reporter, who will do just about anything to get a story, if she feels like it’s important.”

Lois was driven and dogged from the get-go, and Tulloch noted, “I think that’s part of the reason she’s been so popular,” but Lois is “also feminine and loving … and adventurous and, dare I say, aggressive.” To play such a complex character was a thrill for Tulloch, “because it’s a character I myself love.”

Tulloch isn’t the first woman to play Lois, and she’s aware of many of the other performances, but she didn’t actively look to them for inspiration or research in her portrayal. However, there is one actress, who has inspired Tulloch from the beginning of her career, whose influence made it in: “The one I was most aware of, and I’m sure it did influence me subconsciously, was the Margot Kidder version.” 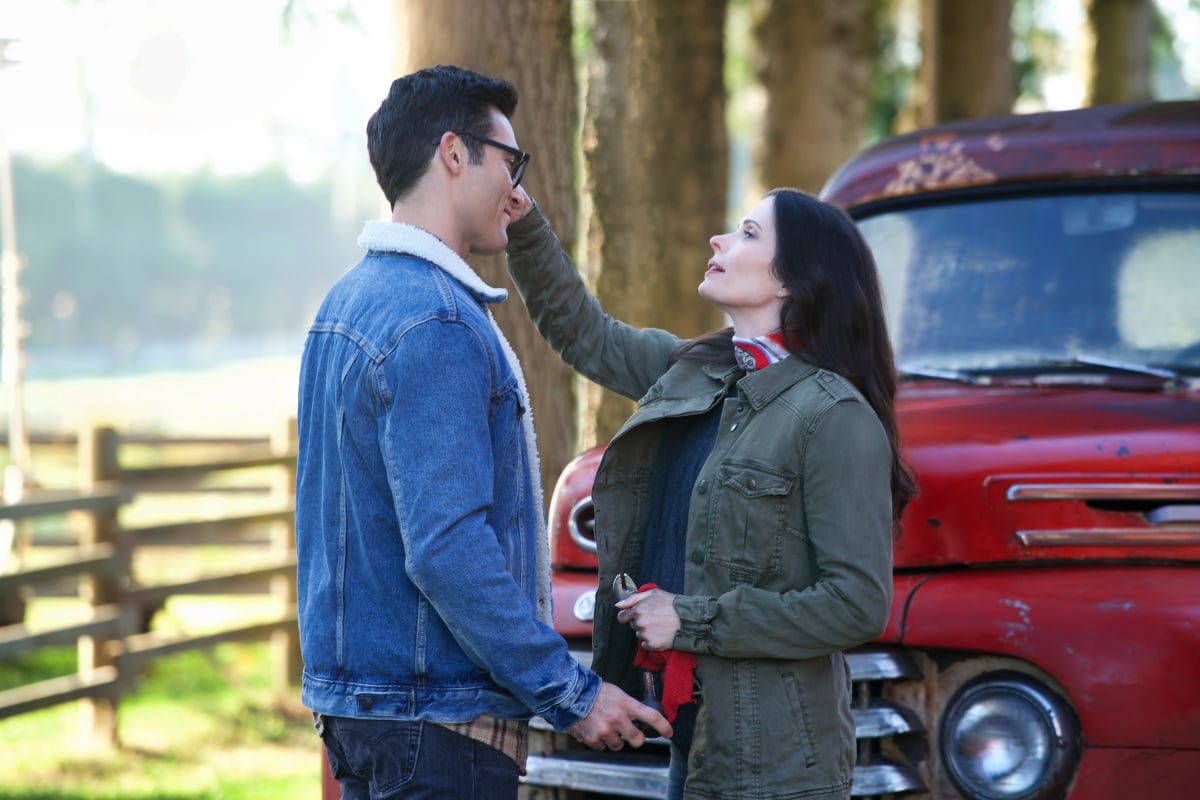 As Tulloch shared with fans when she got the role, Kidder inspired her from the start of her career. “I didn’t start acting until I was in my mid 20s,” Tulloch said. “I remember I had an acting teacher tell me to watch the screen test for the Lois Lane role for the original superman trilogy.” Watching those tests, “It was obvious to me why Margot Kidder booked it. She was having so much fun with it … and there was a joie de vivre in every one of her choices. Not only did she have moments of gravity and furiousness and fear … you could just tell she’s having fun.”

Kidder embodied what Tulloch loves about Lois. “Lois is kind of sassy, she can be a little abrasive,” she said. “She likes giving Clark a hard time, because Clark can be a little socially awkward and shy, and those are all things I can relate to on a personal level myself.” Tulluch jokes that her own husband (former Grimm costar David Giuntoli) tells her she can be a bit too blunt, a la Lois, and she also shares Lois’s affection for her onscreen love, portrayed by Tyler Hoechlin.

“He’s delightful,” Tulloch said of Hoechlin, with whom she immediately clicked. “That’s always a little scary,” Tulloch said of the first meeting. “Their relationship, it so hinges on having good chemistry, and that’s not something you can easily fake. You either have it with an actor or you don’t, so I was really happy that he and I, from the first scene, really got each other.”

She added, “Romantically, we had really good chemistry, as well … he’s so charming and handsome, it was easy for me. He made my job really easy.”

Tulloch also enjoyed working with the other member of the Super-family: Melissa Benoist. “I adore her,” she gushed. She was extra impressed to learn about Benoist’s run on Broadway last summer, as well as her talents as Kara Danvers. “I was really impressed both with her energy on set, which was really positive, and she’s very bright.”

That admiration extended to the other heroes Tulloch worked with: “I was on a show that was shooting averaging at least 14 hours a day for six years, and it gets tiring. I wasn’t the series lead on Grimm; my husband was, but I saw how exhausted he would get … I was just really impressed by all three of the series leads.” Especially when shooting a three-show crossover that sometimes required actors to be shooting an episode of Arrow in the morning and Supergirl  in the evening, “everyone just had really great attitudes and great energy … That is difficult to sustain.”

Lois herself has been mentioned by Kara and Clark many times on Supergirl, but we don’t know a lot about what Kara’s relationship is with her fellow journalist. According to Tulloch, “There’s a little bit of journalism talk, but mostly it’s really like family. I went into it thinking, ‘I’m going to treat her as though she’s my cousin,’ cause that’s how Clark treats her.” 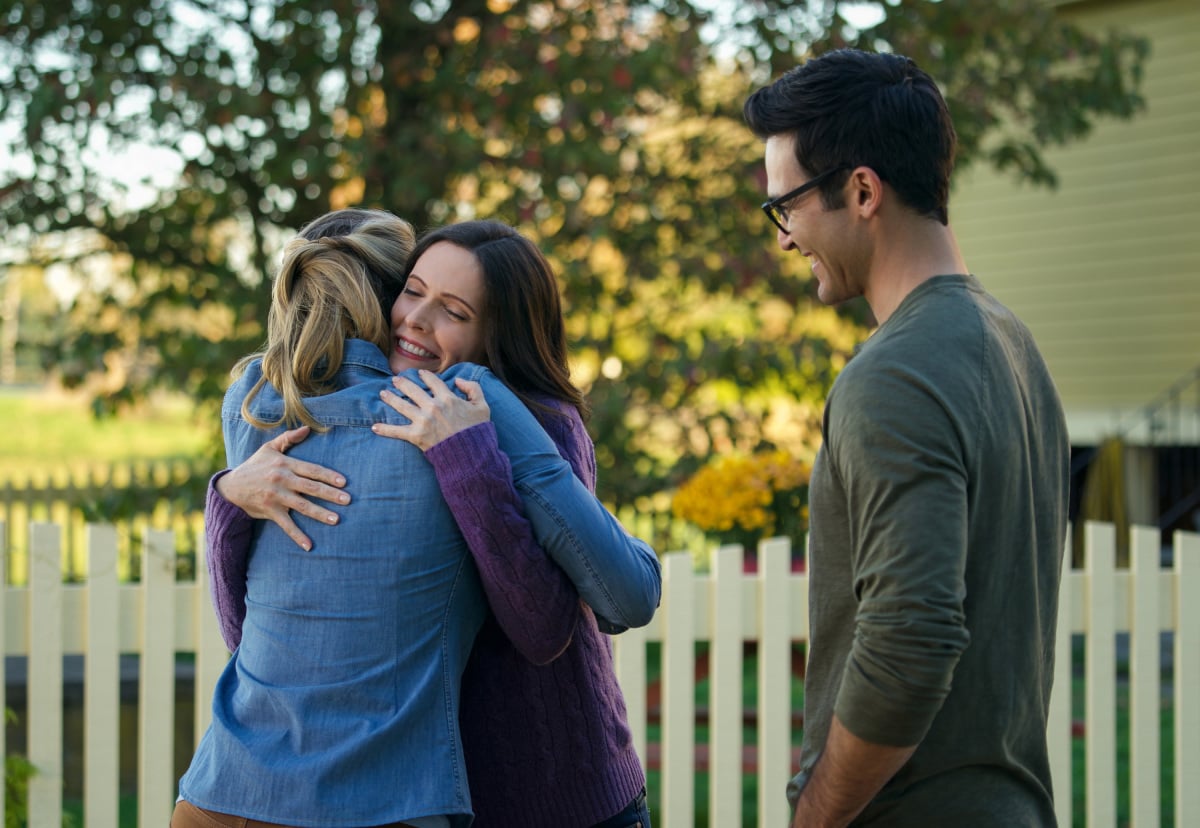 Thinking of Kara that way helped get into the right mindset, but so did the set itself, where Tulloch and the cast filmed for their first days. Eagle-eyed fans pointed out, the moment pictures were posted, that the Kentof “Elseworlds” is the same Kent farm used for years in Smallville. “My first scenes I filmed were on Kent farm, so it just felt so Superman-y, for lack of a better way to describe it. It felt like getting dropped into the world right from the beginning.”

It’s a big world, though, with several hundred episodes of television in the back catalogue. Thankfully, Tulloch had some help in getting familiar with things: her good friend Danielle Panabaker (Caitlin Snow). Panabaker helped introduce Tulloch to the world, the right episodes to get the tone of the shows, and gave her “a crash course” on the Arrowverse. Sadly, Tulloch and Panabaker didn’t actually get to work with each other, at least in these episodes.

Tulloch may be new to the DCTV universe, but she’s certainly not new to genre television after six years on Grimm. “The best fans to have as an actor are genre fans,” Tulloch said. “They’re very smart, they’re very loyal, and they really watch the shows.” She’s excited for her Grimm fans to take a look at the Arrowverse, and it sounds like many of them are as excited to watch as Tulloch was to play the part.

Over all, she’s “happy with how they wrote Lois; she’s a tough cookie and she’s fun,” and it will be fun to watch what happens.

The Elseworlds crossover event begins Sunday, December 9 at 8:00PM on The CW. Tulloch debuts as Lois Lane on Arrow on Monday, December 10th.