Review: Birds of Prey Is Everything I’ve Been Waiting for in a Female-Led Comic Book Film 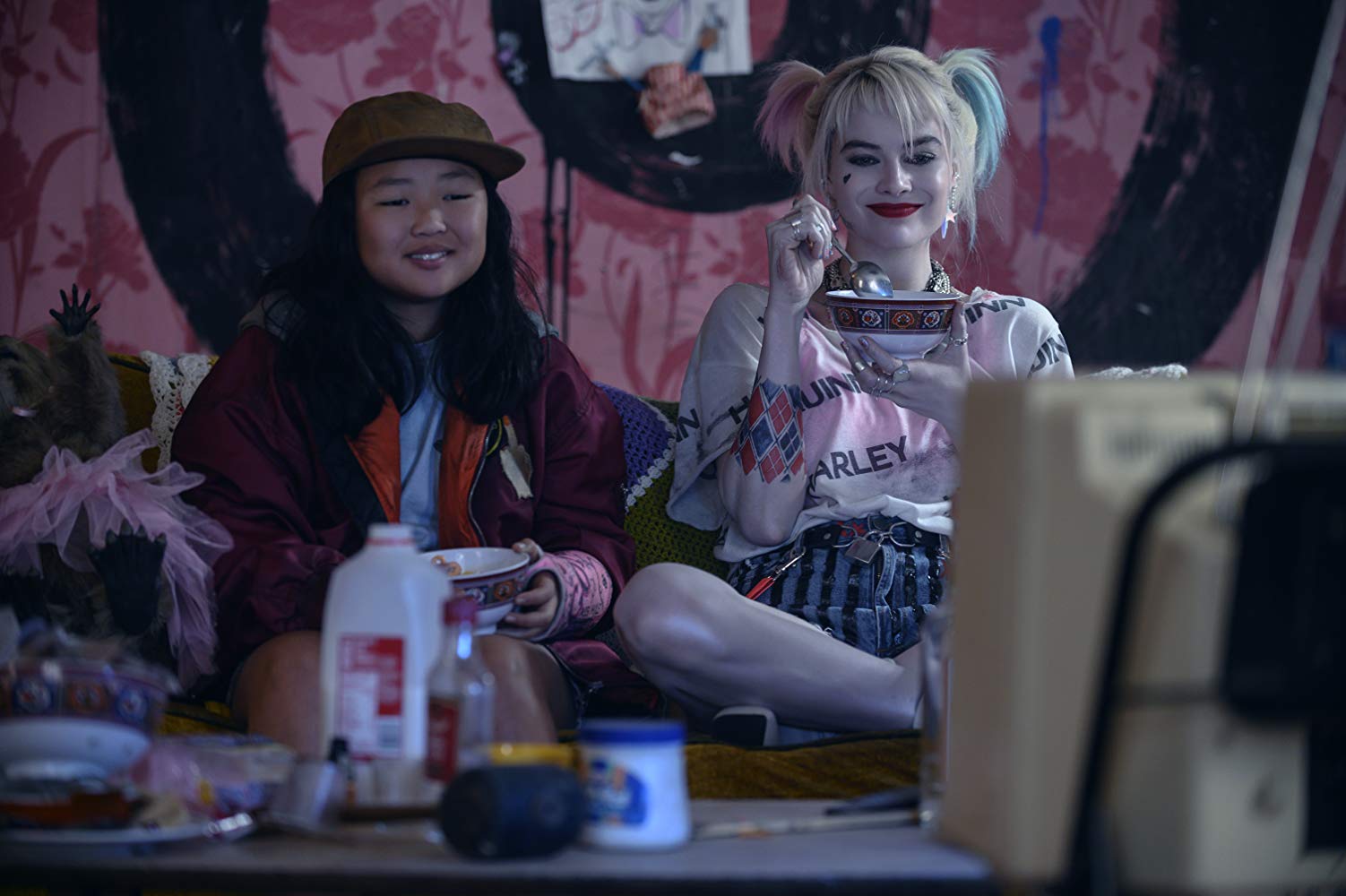 Man, I love it when a movie delivers on everything it signs up to do and does it with an effortlessness that belies the obvious sense of care and work that was put into it. With Birds of Prey, Director Cathy Yan and writer Christina Hodson have delivered unto us a film that I think is both really fun and energetic, but also brings to the big screen five really great female comic book characters who have not often been given their due.

In Birds of Prey, our narrator, Harley Quinn takes us through the journey of her post-breakup with the Joker world. After the events of Suicide Squad, Harley and the Joker have called it quits, and Harley is dealing with it by playing women’s roller derby, hanging out with other ladies, and getting drunk and causing chaos. The problem is that she isn’t getting in trouble for all the chaos she’s causing because people think she and Joker are still together. So, when she launches a truck into the ACE factory and leaves her “J” chain behind, everyone knows it was her, and everyone knows she and the Joker are done.

Time for a lot of people to collect their pound of flesh, including Roman Sionis, a.k.a. Black Mask, played by the deliciously darkly camp Ewan McGregor. Through Sionis, we start building the connection to the other characters: Renee Montoya (Rosie Perez) works for the Gotham PD and is building a case against Sionis, Dinah Lance (Jurnee Smollett-Bell) is working at a night club that Sionis owns as a singer and then ends up becoming his driver, Helena Bertinelli’s (Mary Elizabeth Winstead) revenge kill list includes Sionis’ BFF Victor Zsasz (Chris Messina), and finally, Cassandra Cain (Ella Jay Basco) steals an important diamond from Sionis.

For the first time in a while, Gotham feels like a comic book city and not just a collection of sets. It’s a city, which means all the characters are aware of each other in some way. Harley goes to Roman’s club, so she interacts with Dinah. Dinah lives in the same apartment building as Cassandra, and because Helena is murdering all these people, Renee is aware of Huntress and all the rest. It feels like an actual city, and that also makes the group dynamic feel that much more real. They are all (sans Helena) implied to be from lower-income areas of Gotham and share a common “fuck the system” language. 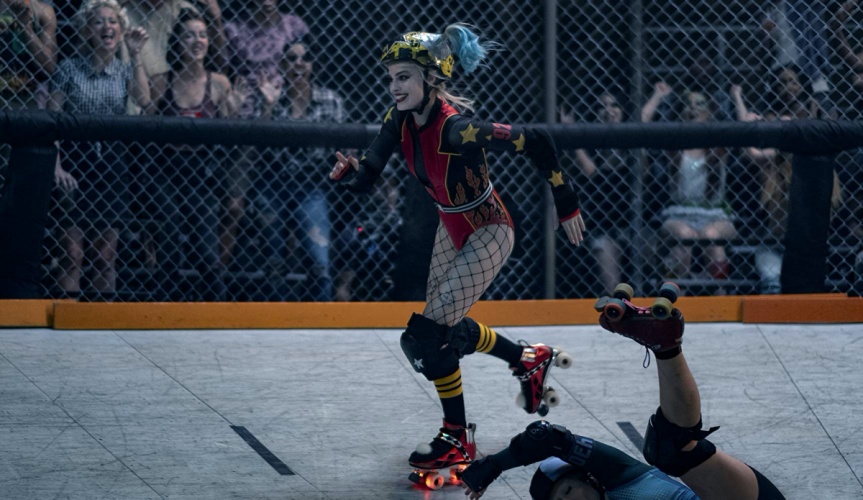 Birds of Prey and the Fantabulous Emancipation of One Harley Quinn, uses Harley Quinn sort of the way that Orange Is the New Black used Piper. Margot Robbie’s Harley Quinn is iconic, and Robbie herself is such a good actress that she is able to pull painfully human, emotional moments out of Harley in one instant and then sell slapstick, over-the-top comedy in the next in a way that would make Judy Garland proud.

Is Harley an overexposed character? Absolutely. However, I can honestly say that the way Hodson, Yan, and Robbie have brought Harley to life is more watchable than most recent interpretations of the character any freakin’ day.

I love how the film doesn’t waste a lot of time. It’s a big ensemble piece, so it needs to establish how these characters are connected and what’s going to bring them together in the final act. Nothing about it feels like characters are just slapped together by happenstance.

The action scenes are great, and you can tell that they worked with a good stunt team, because all of the women fight the way women with their certain skills and body-types would fight. There was no “I’m going to flip a whole man with my crotch” scene, and I was very grateful. Yan and Margot take full advantage of Harley’s acrobatic background in the stunts she does, and man does she look great doing it. It also earns its R-rating with plenty of f-bombs and gory, vicious fight scenes and face peeling.

All of the fighting scenes feel kinetic, and in previous interviews, it was shared that the women did a lot of their own stunts, and you can tell and see that effort in the way all the hits feel weighty—especially because there is no crotch swinging.

Also, it’s great to see a film that can confirm the queerness of two characters in the text without it being a blink-and-you-miss-it moment, but also not bring an unnatural amount of attention to it. 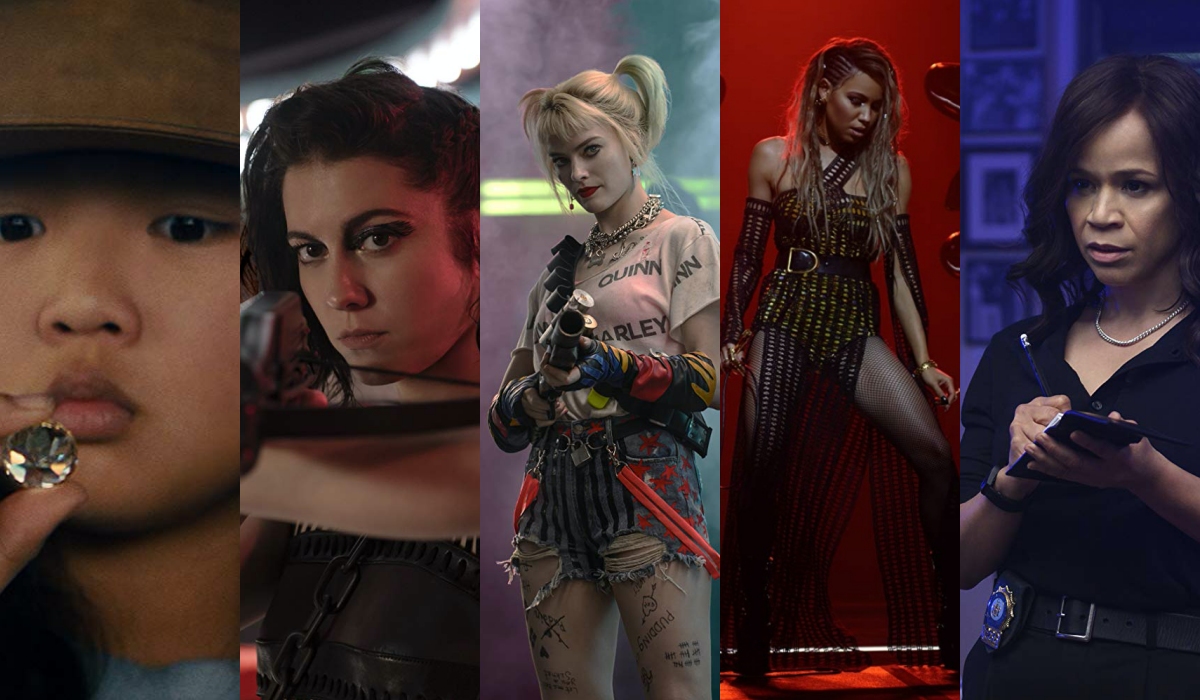 If there is any character who gets the short end, it might be Mary Elizabeth Winstead’s Helena Bertinelli/Huntress, but even though she comes into the film a little bit later, the character still gets to be shown for the deadly force she is. The most changed by far is Cassandra Cain, who is no longer the neuro-typically different tiny child assassin she was, as created by Kelley Puckett and Damion Scott, but I don’t think any of these changes are bad. She’s a sharp-tongued pick-pocket, who is in the foster system, so there is plenty of time to develop her as Lady Shiva’s daughter and a future Batgirl.

Jurnee’s Black Canary was amazing, and all the previews don’t do justice to how cool the Canary Cry looks on the big screen. It’s the only “superhero” moment in the film, and it lands totally. Rosie Perez is brilliant as Renee, and I’m glad that they don’t shy away from giving big physical set pieces with a touch of sex appeal. Huntress is pretty much exactly as she is in the comics, and I love that they kept her anti-hero streak in there, because she is a murderer.

Oh, that’s the other thing: I know, for a lot of Birds of Prey comic fans, there was this fear that all of a sudden that group would become Harley’s thing, and I just want you all to know that the conjunction part of the long title does illustrate that Harley’s story and the Birds of Prey origin piece are connected, but not entirely the same.

As someone who didn’t love Captain Marvel or Wonder Woman, I have been waiting for a long time for one of these feminist™ films to hit me the way I wanted, and Birds of Prey finally did because it allowed the text to speak for itself. Other than Black Panther, it’s been a while since I’ve seen a comic book film with a group of women who are working together and taking care of each other throughout the entire movie. There is not just one being the uber-powerful superwoman and the rest are like, “You are the most beautiful.” All of these female characters matter, and all of them need each other to survive.

I loved that. Birds of Prey is also only a glorious hour and forty minutes long, but doesn’t feel rushed because there is so much story being told.

If I had any criticisms, it would be that there’s a Big-Lipped Alligator moment during a scene between Roman and Harley, and that I do wish we could have spent just a bit more time with the other women. We do get to see them, and this is an ensemble, but Harley is the star.

Fun has worked for you, DC! Keep making fun movies!