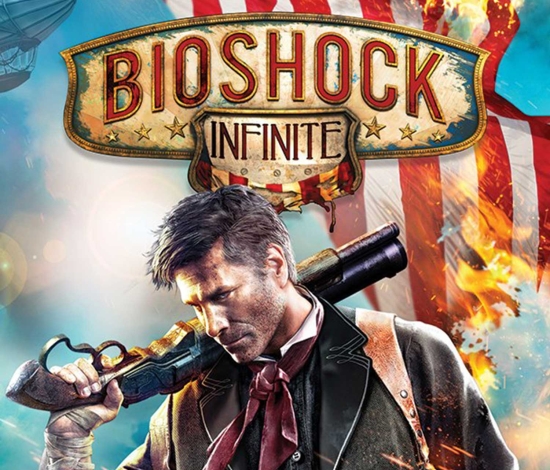 It’s almost time to take to the skies, folks. The floating city of Columbia is calling. Are you ready to face another BioShock video game? Thanks to the good folks at Appliances Online we’ve got four copies of BioShock Infinite to give away.

The latest and greatest installment features protagonist Booker DeWitt trying to rescue a mysterious woman named Elizabeth from a city that’s literally floating above it all: Columbia. Just check out the sweet trailer:

Here’s how the game’s described on its Amazon product page:

Set in 1912, players assume the role of former Pinkerton agent Booker DeWitt, sent to the flying city of Columbia on a rescue mission. His target? Elizabeth, imprisoned since childhood. During their daring escape, Booker and Elizabeth form a powerful bond — one that lets Booker augment his own abilities with her world-altering control over the environment. Together, they fight from high-speed Sky-Lines, in the streets and houses of Columbia, on giant zeppelins, and in the clouds, all while learning to harness an expanding arsenal of weapons and abilities, and immersing players in a story that is not only steeped in profound thrills and surprises, but also invests its characters with deep emotional bonds.

How do you win a sweet copy of the standard edition of BioShock Infinite on a platform of your choice? Glad you asked. First, you need to follow Geekosystem on Twitter. This button should help.

Then you need to sign up for our newsletter via the box below. If you don’t follow both of these steps, we’ll have no way of contacting you to let you know you’ve won.

UPDATE: IT’S OVER! Thanks for entering, folks.

The contest is open to U.S., U.K., and Canadian residents only, and only one entry per person. The contest will end Tuesday, March 26th, 2013, at 1PM ET. Winners will be chosen at random, and they’ll be notified shortly after the contest ends. Good luck!