Want To Binge A Show? 'Schitt's Creek' Is Perfect | The Mary Sue

Want To Binge A Show? Schitt’s Creek Is Perfect

Can I be friends with David Rose? Please? 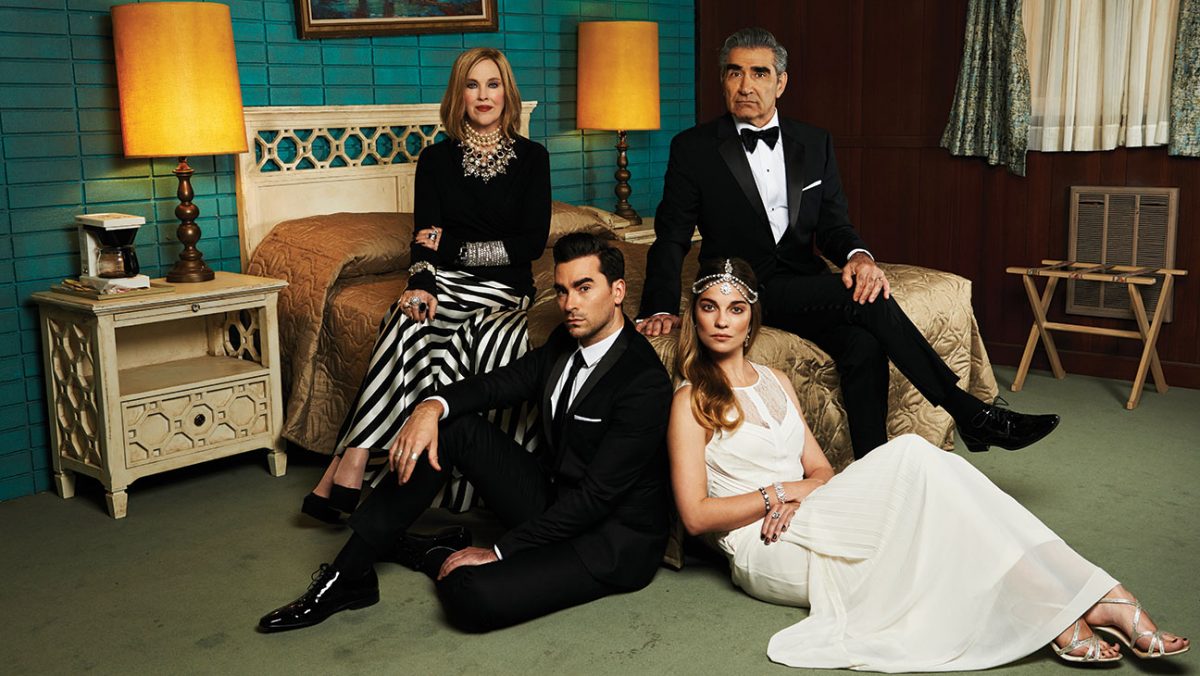 Netflix is giving us the perfect excuse to stay inside this Christmas. Schitt’s Creek, a show on Pop, has slowly been taking over America’s comedy audience. From father and son duo Eugene and Daniel Levy, the two bring the Rose family to life. After their business partner stole the majority of their money, the once-fabulously-wealthy Roses must go to a town that Johnny (Eugene Levy) bought for his son David (Daniel Levy) as a joke.

The town, which is called Schitt’s Creek, was purchased because of its name and the government decided that it wasn’t worth enough to repossess from the family. So, they have to go and live in the town’s motel as they try to sell it to the highest bidder.

David, Alexis, Moira, and Johnny Rose must learn how to leave their life of luxury behind in order to cope with their new, extremely unluxurious normal. Alexis, who thought her boyfriend would save her, discovers that she must learn how to live in Schitt’s Creek and find a new way of life.

Surprisingly, Alexis is maybe the one who adjusts the easiest to the change. Finding love in the small town and living her life to the best of her abilities, she continues to stay true to herself while still maintaining a happy existence. David is a different story. A wonderful representation of pansexuality on television, David has his own personal relationships and is adjusting in his own way but he does want to escape Schitt’s Creek almost more than Moira does.

Schitt’s Creek is a show about comfort and what it means to be thrown out of everything you know, forcing the Rose family to adjust to a completely different way of life. Obviously, there are moments of turmoil but they are resilient and find a way to live their lives to the best of their abilities, despite their lack of expensive eye cream from France. The show is also wildly funny.

It is very easy to just sit and watch an entire season of Schitt’s Creek and not realize you’re doing it, just focused on the nonstop antics that are this family and what they’re going through. But it is okay, just get your family in on it too, and your holidays are set.

So maybe sit your family down, tell them that we’re all going to watch Schitt’s Creek, and see if you can finish all four seasons on Netflix (the episodes are quite short, or at least they seem to fly by). It is fun, light-hearted, and one of the best comedies out there right now.

From David and Alexis and their twin beds to Moira’s plethora of wigs that she had to bring with her, Schitt’s Creek is a surprisingly fun time for everyone. Especially if we want the kind of friendship/relationship between Stevie and David. (They’re absolutely wonderful in every kind of way and I love them all so much.)

Have you been watching Schitt’s Creek?