Feel Helpless About Politics? Author Michael M. Hughes Offers Magic for the Resistance and a Global Spell To Bind Trump 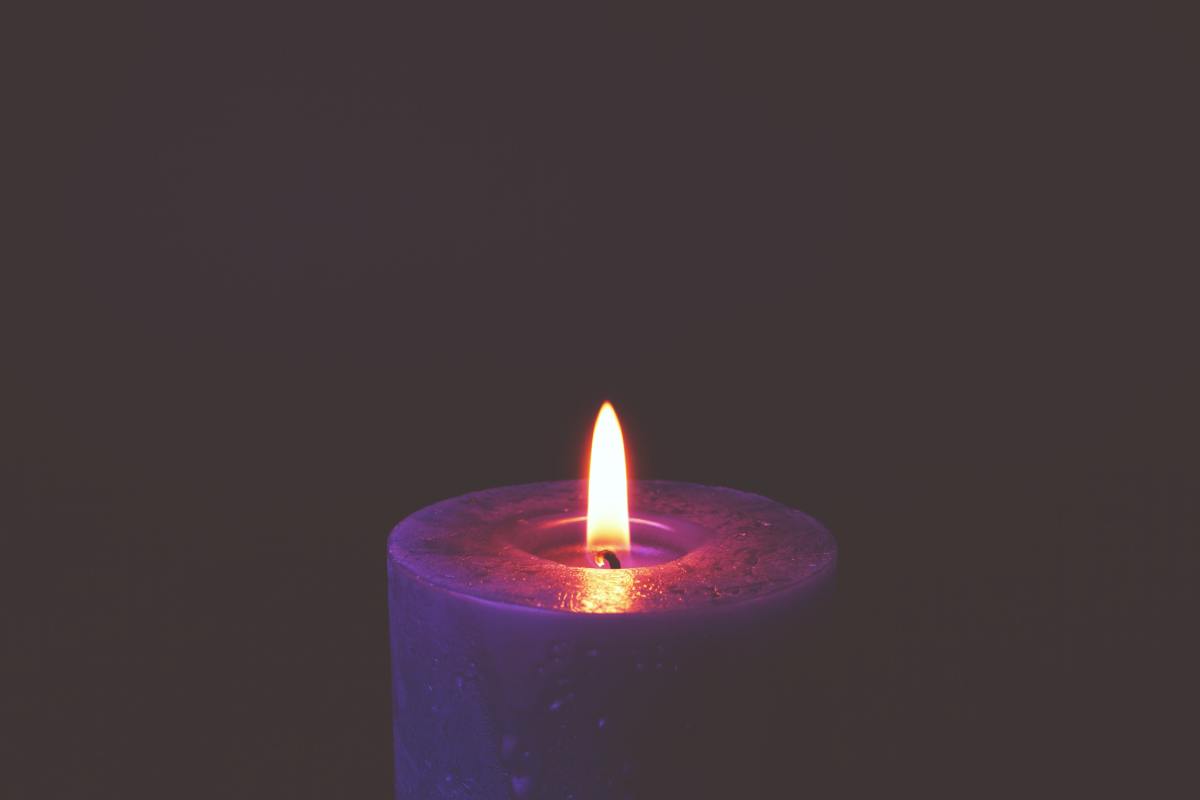 It’s extremely easy to feel scared and hopeless right now. No one is repeating the mistakes of 2016 when we were so sure Trump could never win, then watched in complete horror as the results came in on election night. But we’re also pushing back against feelings of helplessness. This year, voters are making plans, voting early, contributing to Democratic candidates in record numbers, and even helping with a little bit of magic.

Or a lot of magic, thanks to author and activist Michael M. Hughes. Hughes is the man behind the Mass Spell to Bind Donald Trump and All Those Who Abet Him, which went viral and is, according to his website, “the largest magical working in history.” Michael is also the author of four books, including Magic for the Resistance, and he took some time to chat with us this week about why he’s taken on the cause of magical activism.

The Mary Sue: First off, for the readers, can you describe your background in magic and in activism, and if possible, how those two aspects of your life interact?

I’ve been an activist all my life, beginning in my teens, when the anti-nuclear movement was at its peak and the Reagan administration was supporting right-wing terrorists in Central America. But I feel like I was born with a gene that makes me enraged when I see injustice. I can’t help but speak out when I see people being treated unfairly, despite that sometimes working against my now best interest (such as in the workplace).

I’ve also been practicing magic in one form or another all my adult life. I dabbled in witchcraft in my 20s, practiced ceremonial and chaos magic for many years, but ultimately formed my own eclectic practice that is closer to folk magic than anything else.

Magic has always been inseparable from all other aspects of my life, including my activism, but it really came to fruition when I published A Spell to Bind Donald Trump and All Those Who Abet Him in February of 2017.

What inspired you towards the idea of magical resistance in particular?

The constant horrors of the Trump administration made me realize I needed to engage in activism using every tool in my toolkit. Since magic is such an enormous part of my life, I hoped that others, too, might want to use spiritual means to combat the rise of authoritarianism and the Trump death cult. I just had no idea how big what I termed the “magic resistance” would become.

Why is manifesting change in the world and resisting in every way we can important right now?

We have no choice. If we care about democracy, the rights of women, our environment, the rule of law, civil liberties, Black and brown lives, the LGBTQ community,  immigrant children in cages—we, as compassionate human beings have no choice but to speak out and act to defend them.

At the moment I’m writing this, for example, Trump and the GOP are trying to ramrod a literal handmaid onto the highest court in the land. This is not a drill. This is an existential crisis facing our country, a fundamentalist Dominionist coup that could do irreparable damage. We must do everything in our power to resist the rise of illiberalism and authoritarianism while we still have the opportunity to stop it.

We’ve seen a lot of new interest in magic and witchcraft in recent years, and I can’t help but feel that it’s come in part as a response to Trumpism and the creeping threat of fascism in the United States. How did those factors inspire you to write Magic For The Resistance?

Magic has always been a tool of the oppressed and marginalized, so it is not surprising to see it flourishing under the reign of a dangerous demagogue. The rise of the Cult of Trump has awakened a lot of people to the need for political activism, and that serendipitously aligned with the rise in alternative spiritual traditions.

It also helps that so many people have been turned off by the hypocrisy of right-wing fundamentalist Christians embracing a leader who represents the absolute antithesis of the peaceful and democratic message of Jesus Christ. Many are realizing that you can’t be a Christian if you embrace hate and division, and are finding more compassionate, diverse, and personal spiritual paths more authentic and appealing.

Is magical resistance a close practice that requires training or is it something that someone of any level of training/interest/skepticism can do?

Anyone can do it! Magic is our birthright. The old woman lighting a novena candle in a church for her sick husband is practicing magic, although she might not call it that. Humans are wired for magical thinking, despite the efforts of many to crush it. I wrote the Trump binding ritual to be used by anyone. It’s ecumenical and can be tweaked to fit your tradition, if you have one, or just done as written.

I’ve known Christian, Jews, Buddhists, and Hindus to do the binding, not just witches and pagans. And that’s great! Magic is for everyone. It’s all about your intention, first and foremost. But when you sharpen your intention with ritual, and when you amplify that by tens of thousands of others doing the ritual at the same time, that has enormous power.

Let’s talk some specifics. You have done several mass spells with resistance goals. Can you first tell me about what you’ve done in the past?

We’ve done workings for the 2018 midterm elections (Blue Wave), which had wonderful results in returning the House of Representatives to Democrats. We’ve done spells to support Black Lives Matter and to protect immigrants and refugees. And though I’m usually averse to hexing and cursing, when it comes to self-defense and defense of the oppressed from imminent dangers, we targeted the NRA and the vile white supremacist Stephen Miller.

We’re also now preparing for our Blue Wave 2.0 to usher in a Democratic landslide and throw Donald Trump and the complicit GOP out on their asses (and, with luck, send many of them into prison).

What does it take to “Bind Trump” and how can people participate in that spellwork?

It’s easy and only takes a few minutes and some easy to find items. The link to the original binding spell is Here. Thousands of us do it every month on the waning crescent moon, and the membership of the Bind Trump (Official) Facebook group grows every day. We invite everyone, no matter what their spiritual tradition, to join us. Even if you don’t believe in magic, I guarantee you’ll feel wonderful!

You’re also leading a mass working for a new “blue wave” spell which will tap into the energies of the blue moon on Halloween/Samhain, which seems particularly auspicious.  Can you tell us about this one?

Yes! The Blue Wave Spell 2.0 is the culmination of our years of practical and magical activism It aims to empower voters to reject Trump and Trumpism at the polls, resoundingly, in a landslide and a peaceful transition of power, with no chance for Trump to contest it. We want to see a sea of blue wash over the electoral map, even in states that are historically red.

And it’s going to happen. I’m sure of it. There are more good and decent people than the unhinged death cultists who bow and scrape at the feet of the narcissistic orange sociopath. All of the members of Congress who have sworn their fealty to him will find their careers in ashes. And our Blue Wave will help it all unfold.

And finally, to head of the trolls in the comments at the pass, what’s your response to people that scoff at the idea of magic as part of our resistance?

I ignore them. Practical magic is simply a tool to enhance probability. But even if you don’t believe in its efficacy, doing a ritual act can have enormous personal and spiritual benefits. Rituals are part of our lives, even if we don’t practice or believe in magic—birthdays, holidays, festivals, not to mention specific religious rituals.

One of the most joyful things about my journey these past years is hearing from so many people who have never done magic before, but decided to try binding Trump. They’ve been shocked at the power that ritual can unleash within themselves. And the ritual also serves as a detox—of a reclaiming of power in the face of the firehose of darkness and despair that we’ve witnessed since 2016. And if that’s all a magic ritual does—make people feel better and more in control of their lives—that’s a wonderful thing, too. So I welcome everyone to try and add a little magic to their lives as part of our fight to take back our country.

So get out there and vote, and then do some magic to give it a boost!