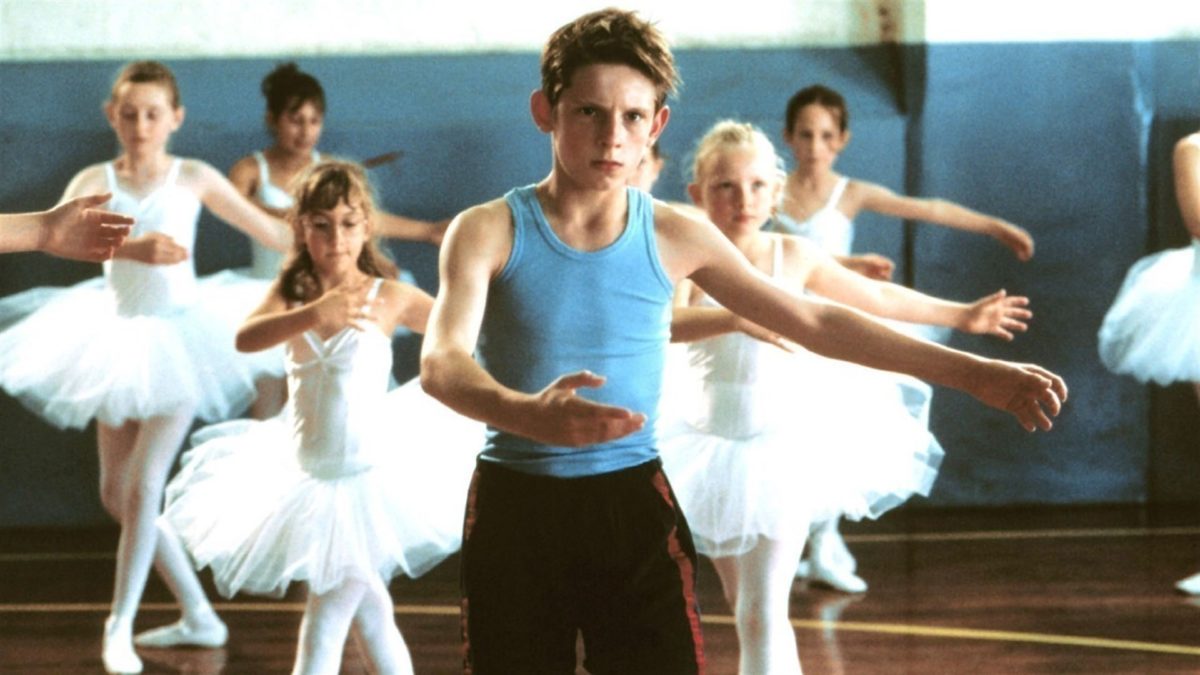 When Billy Elliot came out in September of 2000, many were enthralled by this boy who just wanted to dance. Still, nearly 19 years later, his story is just as relevant to our society as it was at the turn of the century—which isn’t a good thing. For so long, boys did “masculine” things like boxing or wrestling while girls did dance and gymnastics. That’s just the way it was.

So in a movie like Billy Elliot, where Billy wanted nothing more than to dance with the ballet class taught by Mrs. Wilkinson, we watched as his family, eventually, rallied behind him, ready to support him and his dreams of going to the Royal Ballet School. Even his father, who yelled and prohibited Billy from going to dance, at first, comes around and realizes that this is something that Billy loves, something that Billy’s mother (who died) would have let him do.

A movie that is surprisingly about the growth of men and their acceptance of one another, it shows us now that we’re still regressive in the way we view the typical “norms” for children. How often are boys told that they can’t do something because it’s “girly” or that they can’t have a doll? Girls still can’t like superheroes, apparently, because that’s a “boys’ thing,” and so on and so forth. So even now, nineteen years after Billy Elliot hit theaters, we’re still struggling with the idea of letting the concept of masculinity go.

There is a beautiful scene in the movie, after Billy auditions for the Royal Ballet School, when one of the teachers on the council asks Billy what it feels like when he’s dancing—and this, to me, is what truly matters.

It isn’t about the desire to do something “girly” or about breaking down masculinity in an in-your-face type of way. Instead, the scene is a simple explanation of why Billy wants to dance, because there doesn’t need to be any other reason. He feels a kind of electricity coursing through him when he does it, and that’s the only explanation we need.

Starring a young Jamie Bell as Billy Elliot, the movie became a Tony Award-winning musical with music by Elton John, and the song based on this scene, in particular, is one of the greatest in the show because Billy is overcome by explaining why he does it, even when his father didn’t want him to.

It’s all about exploring yourself and finding what makes you happy no matter what it is that the world tells you that you should or should not do. The movie (and show) doesn’t shy away from the fact that Billy’s family and circumstances make it hard for them to be supportive of his endeavors at first, but in the end, they see Billy’s love and desire to dance and accept that this is who Billy is and what makes him happy.

That’s how we should always view kids and their desires. If your son wants to do gymnastics, let him. If your daughter is into baseball, great. Whatever the case may be, we’re stifling kids because of these random societal norms, and even nineteen years after the movie came out, we’re still struggling to implement the message of Billy Elliot into how we raise kids.

Let’s all cry over “Electricity” together and realize that we still need stories like Billy Elliot in our pop culture.