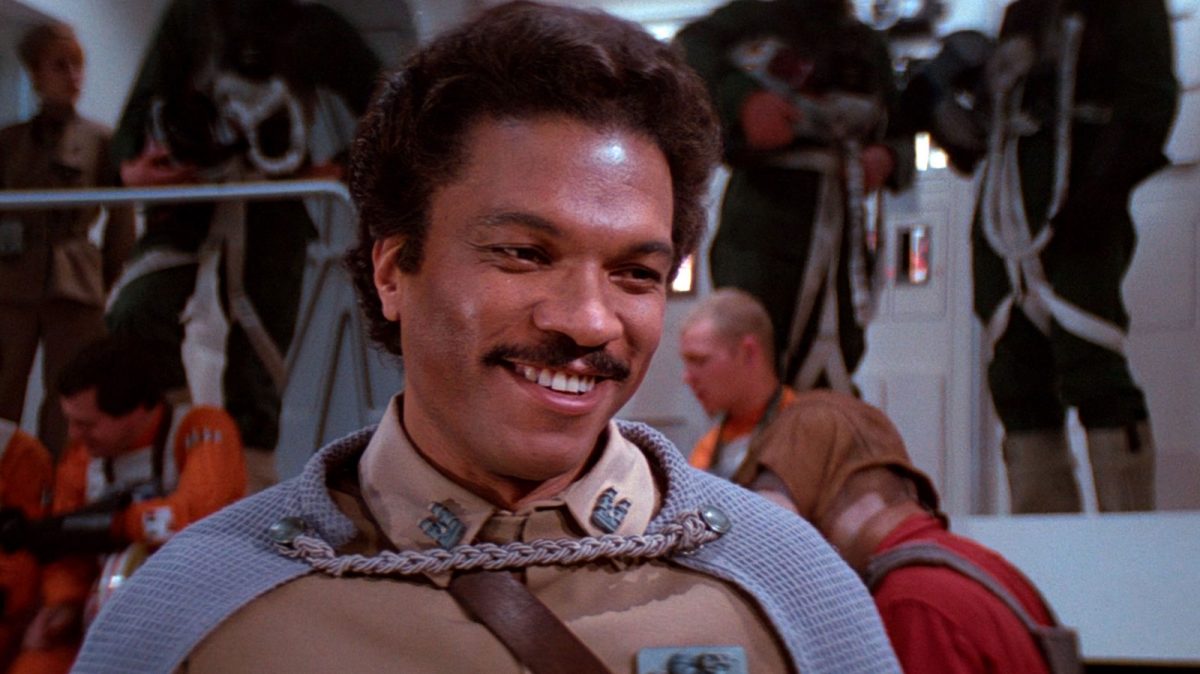 Another familiar face is returning to the Star Wars universe: Billy Dee Williams will be reprising his role as Lando Calrissian in J.J. Abrams’ upcoming Star Wars: Episode IX. This is exciting news, as fans have been curious about Lando’s whereabouts since The Force Awakens.

With the return of Harrison Ford, Carrie Fisher, and Mark Hamill to the new trilogy, we’ve been wondering if and when Billy Dee Williams would finally show up. And in light of Han and Luke’s tragic endings (and the devastating loss of Carrie Fisher), Williams is the only old guard left standing (fingers crossed for that Admiral Ackbar spin-off).

Rumors began swirling around Williams’ casting when he had to cancel an appearance at an upcoming sci-fi and pop culture convention. Since Return of the Jedi hit theaters 35 years ago, Williams has reprised his role as Lando in Star Wars Rebels, Lego Star Wars, and the Star Wars: Battlefront games. He also reprised his role as Lando in a brief but hilarious cameo in The Lego Movie. We last saw Lando in Solo: a Star Wars Story, where he was played by Donald Glover with flair and many exquisite capes.

As for what I’d like to see from Lando in Episode IX, I am rooting for two things: on-screen recognition of Lando’s pansexuality (which Solo screenwriter Jonathan Kasdan confirmed) and Lando kicking the crap out of Kylo Ren for killing Han Solo.

Since both Han and Luke suffered such tragic fates in TFA and TLJ, it would be nice to see Lando riding in to smack the shit out of the erstwhile Ben Solo. And maybe help Finn with his flirting game and convince Poe Dameron to start rocking a cape. Either way, Lando could provide some much-needed guidance and support to the younger members of the rebel alliance. It’s shaping up to be a long wait until December, 2019.