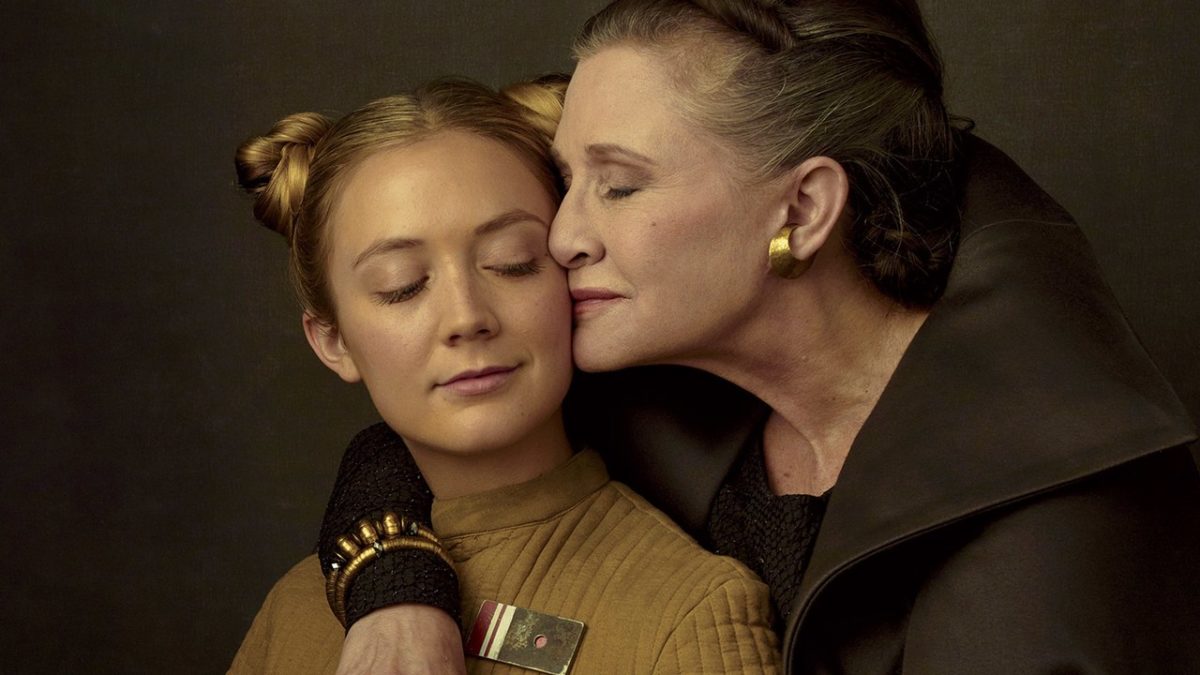 I grew up never really caring about Princess Leia in the way that everyone else did. Sure, I loved her and wanted to be like her, but Chewbacca was my favorite because he was furry. (I was like 5; let me be.) But as I got older, I realized that my hero was not, in fact, any of the Star Wars characters, but instead Carrie Fisher herself.

The aspects of Leia that everyone clung to were aspects that I never understood. Carrie? Her love of writing and sharing her struggles? That I could understand. It took me meeting Carrie Fisher to realize that I didn’t want to be Princess Leia because I didn’t think I could be—I never got the guy, I could never lead a revolution, etc.—but Carrie Fisher looked at me and told me that she was Leia and Leia was her, and that I could too be both the blaster-wielding princess who falls in love with the scoundrel and the brilliant story-teller. She also told me I was pretty, but that’s a gloat for another day.

Often, I forget about this story because I find it deeply personal, but today, it came back to me because of an essay that Billie Lourd (Fisher’s real-life daughter) wrote about her struggle with Princess Leia.

Lourd, who writes about how she was constantly told by her parents to do anything with her life other than acting, came into the Star Wars world as Lt. Connix in The Force Awakens and discovered that this is what she wanted to do as a career, something that Fisher also realized when seeing her daughter on set. But while that part of the story is important for Lourd now, the essay holds a bigger significance to her relationship with Star Wars as a child.

Talking about everyone’s love of Leia and how she didn’t understand it, Lourd goes into watching the series for the first time and realizing why Leia (and her mother) was so important to fans.

I realized then that Leia is more than just a character. She’s a feeling. She is strength. She is grace. She is wit. She is femininity at its finest. She knows what she wants, and she gets it. She doesn’t need anyone to defend her, because she defends herself. And no one could have played her like my mother. Princess Leia is Carrie Fisher. Carrie Fisher is Princess Leia. The two go hand in hand.

What hurts about this entire story the most, the truth of Leia getting to have her moment, is the fact that Carrie Fisher was so excited about it:

One of the last times we spoke on the phone, she talked about how excited she was that the next movie in the trilogy was going to be Leia’s movie. Her movie.

I’ve been well aware of the fact that Star Wars: The Rise of Skywalker is going to be hard for me. It’s going to be hard for all of us who have looked to Carrie Fisher and Princess Leia as a beacon of strength. To read Billie Lourd’s words on it, to hear her story and her own journey of having Carrie as a mother and what Leia now means to her, as she is her “keeper,” drives home the importance of this story.

You can read Lourd’s entire piece at Time and I highly suggest you do.