Unauthorized Internet Streaming Would Be a Felony Under New Bill 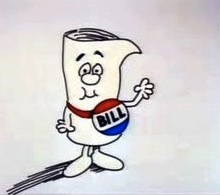 You know when your favorite show or an extremely important sporting event is airing, and you’re stuck at a place with your computer, Internet access, and a significant lack of cable television, and you just mosey on over to your favorite Internet streaming site and stream it live? Well, if a new bill introduced late last week becomes law, said streaming would be upgraded to a felony.