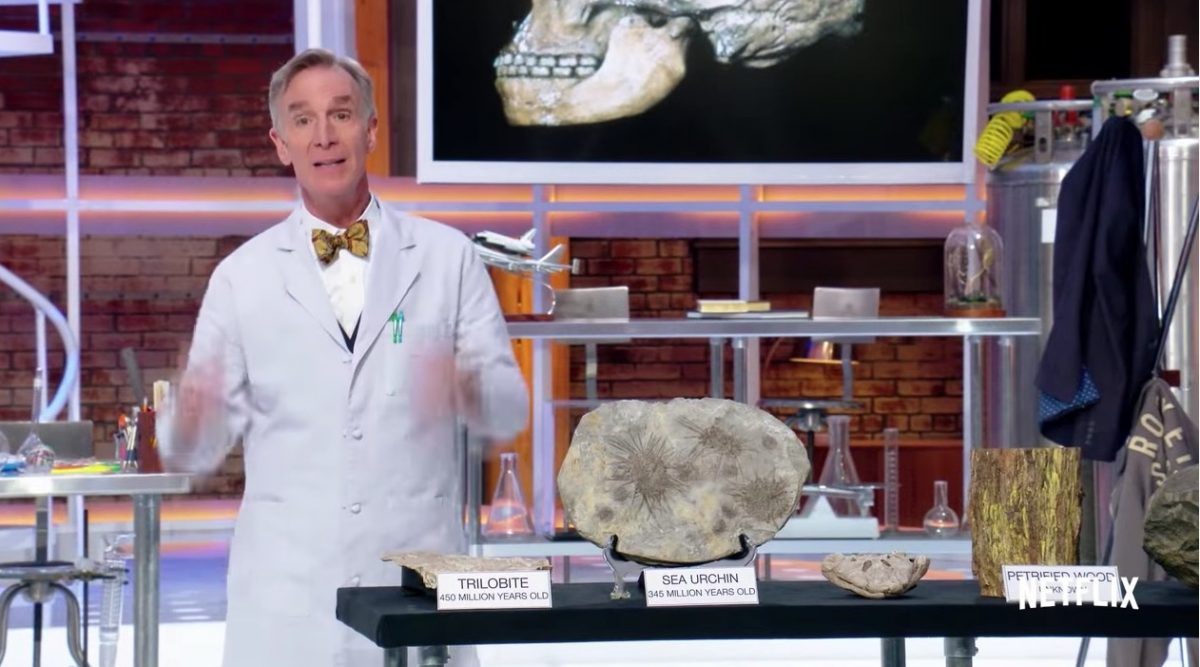 Everyone and their mother have been screaming about wearing a mask—or should I say everyone who takes science seriously and doesn’t want to get sick has been yelling about it because there are Americans who continue to just do whatever they want and disregard every health official.

So, hopefully, they’ll listen to Bill Nye. The man who brought such joy to us as kids in school is now using his platform to further educate those who refuse to wear masks. Literally, we went from children learning from Bill Nye the Science Guy to watching him yell at full-grown adults. Gotta love him!

Before we begin, let’s set the tone off right:

Okay, now that we are in a classroom with the lights off from the ’90s, let’s begin. Bill Nye took to TikTok to do what he does best: drop some science facts on us. The famous Science Guy showed exactly how effective an N95 mask is at protecting us from each other (and the Coronavirus).

With a candle beside him, Nye put on the N95 and tried to blow the candle out. Obviously, it didn’t work because he’s WEARING A MASK, but the real joy of this video is when Bill Nye truly showed how angry he is at the state of the world and everyone’s lack of willingness to protect not JUST themselves, but others.

Saying “Everybody, this is a matter LITERALLY of life and death. And when I use the world LITERALLY, I mean LITERALLY,” he continued to drive home the fact that the mask isn’t just about YOU. It’s about protecting ME from YOU and your particles. Here, let Bill Nye explain.

Our guy @BillNye laying it down. #WearAMask #WearADamnMask

It isn’t that hard to comprehend. But still, there are people who love to scream about how they woke up in a “free” country. I’m not going to get into what the idea of a free country means right now, but I think it is important to note that those people are clearly not understanding the purpose of a mask. It isn’t about your safety. It’s about mine or my mother’s or my father’s or my brother’s or anyone else’s safety.

I’m being a good person in wearing my mask so that I’m not breathing on you. You? You’re being a jerk who thinks a mask is somehow stopping you from living freely, and I don’t want your gross particles in my body because I don’t want to end up with the virus.

So, hopefully having Bill Nye literally (and I mean literally) scream at you will help. Maybe you’ll listen to the scientist we knew and loved growing up because, at this point, I don’t know what else to do to get people to take this seriously when actual healthcare officials are begging people to wear masks but still they refuse because they think it’s “unAmerican.” I’ll tell you what’s unAmerican: not caring about your fellow Americans. THAT’S unAmerican.