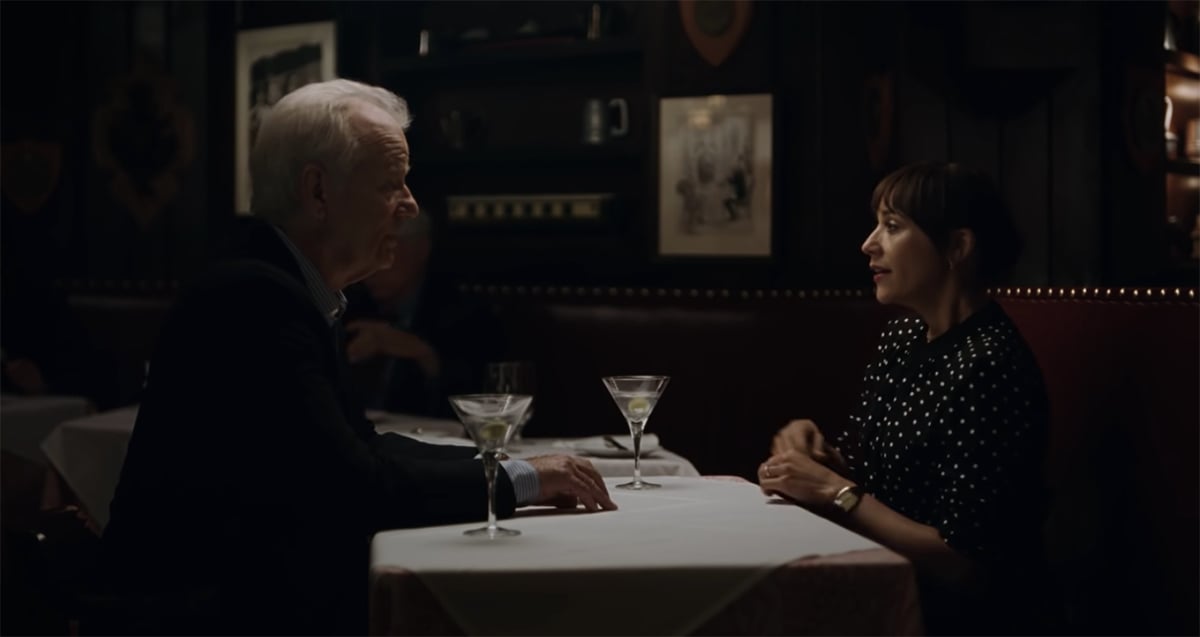 Remember watching Lost in Translation at much too young of an age and falling in love with director Sofia Coppola’s work? Oh, that was just me? Oops. Well, she’s back once again with another Bill Murray vehicle that will most likely end with me in tears and I’m okay with that. Bringing Parks & Rec‘s Rashida Jones in to star with Murray as his daughter, On the Rocks looks like the kind of quirky father/daughter film you’d expect out of Coppola.

On the Rocks appears to be the story of a father and daughter duo becoming a spy team to look in on what Laura’s husband Dean (Marlon Wayans) is doing on his frequent business trips. Laura is afraid her husband could be cheating on her, and at her father’s suggestion—he seems to know a thing or two about the subject—they trail Dean around New York City. At one point they climb into a bright red car in order to do so, and one assumes wry hijinks ensue. It’s strange, it’s unconventional, and the trailer for On the Rocks definitely has my interest.

I’m a sucker for an oddball father and daughter movie. They’re rare and when these kinds of relationships are played out on screen, it actually feels like something new and refreshing. So many movies focus on the love a son has for his mother or the struggle of a mother and daughter but I feel like I can count the movies centered solely on father-daughter interaction on one hand.

I would like to think that we’re seeing a sort of renaissance when it comes to these kinds of movies and that we’ll see more father-daughter duos taking over the big screen (Bill & Ted Face the Music also features the heroes time-traveling with their daughters, so maybe a trend is in the works). I’m happy that this one got made because so often, I’m frustrated by how films depict these relationships. I know with my own father, I’m almost more of the adult than he is (which kind of feels like the same relationship that’s going to be between Laura and her father Felix). But in movies and television, there is rarely that kind of family relationship on screen. Especially if it’s a father and a daughter. Far more often it’s then about a heroic father muscling his way in to protect his child.

So I look forward to seeing how Coppola brings Laura and Felix’s dynamic to the screen. This movie appears to be pretty grounded in reality, and anchored by smart dialogue and the interplay between Murray and Jones. I’m also excited to see Coppola working with Bill Murray again. He’s one of those actors I thoroughly enjoy watching and so even if this is a different kind of film from his brilliant turn in her Lost in Translation, it will still be a treat to see Bill Murray in this kind of setting. And who doesn’t love seeing Rashida Jones in anything and everything?

The movie is “coming soon” from Apple Original Films and A24, the company behind movies like Moonlight, Lady Bird, Hereditary, and Uncut Gems. While we wait, I’m going to fall straight down a Sofia Coppola rabbit hole and rewatch Lost in Translation and The Virgin Suicides and maybe even The Beguiled. While we’re all trapped inside, it’s the perfect time to revisit Coppola’s work and relish in her aesthetics and deft touch.