IT Chapter 2: Bill Is a Great Exploration of Survivor Guilt | The Mary Sue 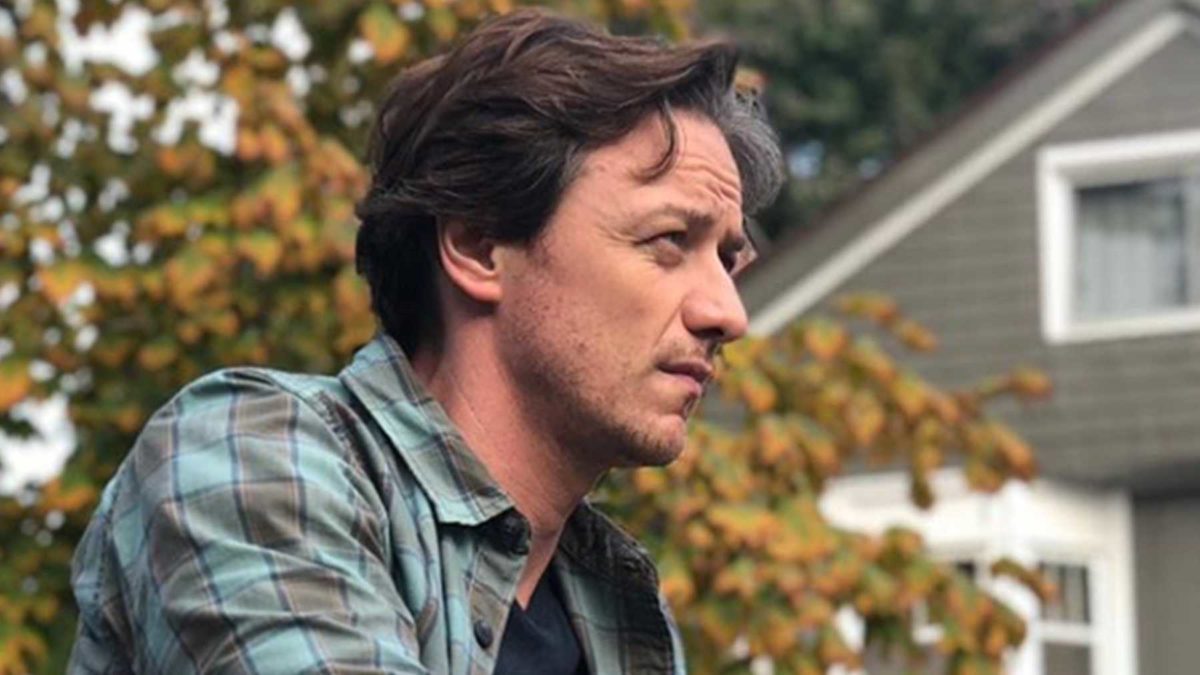 Young Bill Denbrough spent most of 2017’s IT struggling with the death of his brother, Georgie. When Georgie asked Bill to play with him, Bill pretended to be sick but made his little brother a boat to let run in the river so that he could have fun and let Bill stay inside. In doing so, Georgie fell victim to the murderous clown Pennywise, and thus, Bill’s obsession with taking down the clown began.

What we see in IT Chapter 2 is grownup Bill’s continual struggle with that guilt, something that Pennywise often uses against him in order to take down each member of the Losers’ Club.

In the first movie, the younger versions of the characters believe that they’ve killed Pennywise the Dancing Clown, destroying him in his lair and freeing the town of Derry, Maine from the monster’s feeding cycle. Every twenty-seven years, Pennywise rises to eat the children of Derry and then lays dormant until its next feeding, so in IT Chapter 2, the Losers’ Club realizes that they are not finished yet when the monster resurfaces.

Made up of Bill (McAvoy), Bev (Jessica Chastain), Eddie (James Ransone), Richie (Bill Hader), Mike (Isaiah Mustafa), Ben (Jay Ryan), and Stan (Andy Bean), the group of friends tries to uphold the pact they made to return and stop Pennywise again if their first efforts failed.

The problem is that once they leave Derry, many members of the group forget everything about Derry and what happened to them there, and maybe, in a way, Bill forgot his brother. It’s never clear how much each of the Losers remembered, but when Bill returns to his childhood home, every emotion about Georgie comes back tenfold, and he’s faced with the memory of surviving when his little brother didn’t.

Bill’s guilt stems from the fact that if he just went and played with Georgie, his brother may not have been killed, which isn’t really fair, because how is a kid supposed to know that his little brother is going to get eaten by a demon clown? Of course, that aspect of misplaced blame is all part of this great look at survivor’s guilt. For many, when they live and someone they care for does not, there is this sense of hatred about their survival that takes over.

For Bill, this manifests in a way that Pennywise can use against him, until he realizes that he is not to blame for Georgie’s death. So often, this guilt we see is used as a crutch, and maybe it’s because Bill has to relearn this pain, but there’s something beautiful in the way that IT Chapter 2 explores Bill’s need to protect kids from Pennywise.

As an adult, he strives to save the kid who now lives in his old house. He wants to kill Pennywise, no matter the cost to himself, because he doesn’t want someone else to go through what he did. Sure, in a way, he’s doing it for Georgie, but I think he’s doing it for himself and for that childhood he lost because of guilt he never should have had.

Still, Bill is forced to look his own self-hatred in the face (thanks to Pennywise and his tricks) and realize that he isn’t the one to blame. His survival isn’t a curse. It was Pennywise who did this, and it is Pennywise he should blame for everything that happened to the town of Derry.

Bill’s storyline isn’t the most interesting in the film, but it’s a great look at what that guilt can do to a person. Sure, we all can’t be literally face to face with our childhood self, but that idea of looking at our mistakes and understanding that some things are out of our control is a beautiful message.